The Left Alliance – Bakinn (Sabian: rienabakañ – bakinn; lit. "Alliance of the Left – Link"), list letter R and sometimes simply known as the Left, was a major ecosocialist and pro-direct democracy political party in Sabia and Verona, active from 2014 to 2017. The party was founded with the reunification of the Socialist Party with the Communist Party, alongside left-leaning factions of the AEM. In April 2016, the party merged with Bakinn to form a single left-wing green bloc in the North.[1]

In November 2017, following extensive bilateral talks with a splinter faction of the National Artists' Guild, the Left Alliance entered a merger to form the Democratic Party. From its foundation in 2014 to its merger in 2017, the Left Alliance was one of the largest parties in the Kingdom, even after the post-Haronos implementation of the 2015 Constitution, which briefly turned the Left into a regional party. It was part of two coalition governments, the fifth and seventh ministries, and produced one Prime Minister. 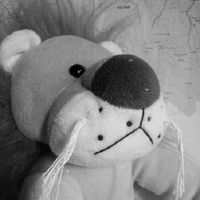 Léon Galieri, founder of the Communist Party and later the Left Alliance.

The Left Alliance is widely considered to be the successor of the Socialist Party, which was the first political party in Sabia and Verona. The Socialist Party was founded by Napoléon Bleuberrie, who was the first Prime minister, and it espoused Bleuberrism as one of its fundamental ideologies. Bleuberrie had been successful in keeping the Sabioveronese left united until 2013, when he led a failed self-coup attempt. Following the coup, the Socialist Party came undone, with a large faction separating to form the Communist Party of Sabia and Verona (KMCW). Léon Galieri, who founded the KMCW, took a fervent anti-Bleuberrist stance, as did all other political groups in the Kingdom at the time, with the exception of the waning Socialist Party.

By 2014, both the KMCW and the Socialist Party had become fringe parties with relatively low impact on national politics. It was then that Socialist leader Ulla Müller approached Galieri to discuss a merger of the two parties. The talks then came to include members of the left-wing faction of the Roots Party, a larger party with considerable parliamentary representation plagued by internal disputes. The Left Alliance was thus formed to coincide with the formation of the Federal Union of Juclandian Lands. Alongside it, Convergence and Amity surged out of the centrist faction of Roots.

Galieri led the party to the March 2014 election, in which he won with 31% of the popular vote and securing 8 out of 20 seats in the Legislative Courts. Forming a coalition government with the Roots Party, Galieri became Prime Minister on 1 April 2014. His six-month term was mainly focused on the developmnt of social policies, and his tenure is commonly considered by historians as a positive, peaceful and stable time in Sabia and Verona. There was little political tension between the newly formed Left Alliance and the Unity Party, the nation's main right-wing force during Galieri's administration, however the rise to popularity of new Unity leader Bertrand Rivière stopped the Left from winning enough seats in the September 2014 election for Galieri to have a second term, dropping to four seats in the Courts.

Decline and the VDM 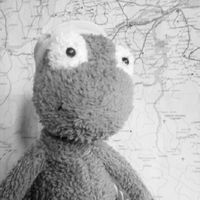 In November 2014 Galieri stepped down as leader of the Left Alliance, and Dovedán Pashor, Deputy leader of the party, took charge provisionally. A new leader, Narcissus Clyne of the Vaaitos Prefecture was elected in February 2015, and the party became a member of the Valtirian National Party (VDM), an electoral coalition with Bakinn, a centre-left green federalist party. Campaign plans began early for the 2015 general election, but the Haronos Plan interrupted the party's hopes to run for the Courts again. As the National Artists' Guild became the new main left-wing force in the Kingdom, Petyr Cohen was chosen to become the leader of the party. Bakinn and the Left Alliance became the only parties in the Kingdom not represented in the new Parliament after the much anticipated 2015 election.

In late 2015, delegates from the VDM parties and the National Artists' Guild, the new ruling party of Sabia and Verona, signed the Treaty of Kotavari, by wich the VDM became the link between the ruling NNS in the Southern Territories (which now controlled the central government) and the minor regional parties.[2] It was during this time that the party started to abandon Neobleuberrism, as it was starting to be perceived as an outdated ideal too much related to Bleuberrie and his negatively remembered era.

In April 2016, Bakinn (formerly known as Convergence and Amity) merged into the Left Alliance to form a single left-wing bloc in the North.[1] While Bakinn held more seats in the United Assembly and had a generally more powerful presence in the regions, it lacked the clearly defined ideology and programme of the Left Alliance, which resulted in the latter "absorbing" Bakinn. As a result, the party gained ten more seats in the United Assembly of Regions and a Governor, and changed its name to Left Alliance – Souiu, in honor of the Free Suyu Front. This was later changed to "Left Alliance – Bakinn" in 2017, to reflect the union of the Alliance with the former party.

The party's principles changed considerably from its foundation in 2014 to 2017. At the moment of its creation, the Left Alliance espoused the ideal of neobleuberrism, an "updated" form of Bleuberrism. During this time, the party's ideology was based around four basic pillars or jafáriky: work, open-mindedness, equality and economic independence. The Haronos Plan and the loss of support for the party was seen by its leaders as a call to change its ways and ideals, and from 2016 on, the party defined itself as a democratic, ecosocialist party supporting the current economic status of Sabia and Verona. The party supported the present use of the groxi as the Kingdom's currency, and the ownership of most of the companies in Sabia and Verona by the state.

The party stood for the reduction of power of the monarchy, but not its dissolution, as the institution of the monarchy is an "important part of the Sabioveronese culture and history". The party was opposed to the system of parliamentary representative democracy, instead advocating for the introduction of direct democracy in Sabia and Verona. This included the dissolution of the Parliament, and the "return of power" to the people. The Left Alliance supported the establishment of a welfare state in Sabia and Verona, and the implementation of taxation nationwide. It supported the Alios Agreement and stood by the close relationship of Sabia and Verona with Juclandia, and was in favor of an isolationist foreign policy.

The Left Alliance was against the Church of the Pahun as the Kingdom's state church, advocating for a secular Sabioveronese state.

The party has changed its logo three times since its foundation in 2014. The last logo, adopted in 2017, is based on the former symbol of Convergence and Amity, which merged into the Alliance in 2016.

Electoral results for the legislature of the Kingdom (the Courts between 2012 and 2014 and the Parliament since 2015).

Electoral results for the Legislative Assemblies of the autonomous regions and the United Assembly of Regions.