On 25 July 2013, some units of the Sabioveronese Land Army, led by Prime Minister Napoléon Bleuberrie launched a coup in an attempt to overthrow the Monarchy, dissolve the Legislative Courts and instate a single-party workers' state headed by Bleuberrie. Popularly known as the Sad July 25 or the July 25 coup, it has been the only coup d'état to take place in Sabia and Verona, and it is considered by many as the end of the Socialist/Unity hegemony period of Sabioveronese historiography.

Napoléon Bleuberrie was the first Prime Minister of Sabia and Verona, assuming the position after the Kingdom's establishment as a Juclandian overseas territory in October 2012 following the dissolution of the Würtige colony of Listva. As the leader of the Socialist Party and an admirer of the DPRK and Yugoslavian Communist regimes, Bleuberrie attempted to model Sabia and Verona after these two states (and especially the former) as much as he could within the framework of Sabia and Verona's constitutional parliamentary monarchy, adopting Korean as a national language, declaring himself the "Dear Leader" of the Sabioveronese and building a cult of personality around himself.

As much as Bleuberrie attempted to crack down on the opposition, mainly the Unity Party headed by Graham Müntz, the 2012 general election was held and Unity's Osez Kóvérsz became Prime Minister. The Treaty of Karasal, signed between Bleuberrie and Kóvérsz, attempted to make peace between Unity and the Socialists, and established the Commission for the Preservation of Democracy (DMDK), which acted de facto as the Kingdom's judiciary from 2012 to 2014.[1]

After a successful campaign, Bleuberrie and the Socialists won the most seats in the Legislative Courts in the May 2013 general election, and Bleuberrie became PM once again.[2] Heading a multi-party national unity cabinet as per the Karasal Treaty's conditions and vowing to honor Sabioveronese democracy, it was widely believed Bleuberrie was now more committed to the democratic development of the Kingdom. 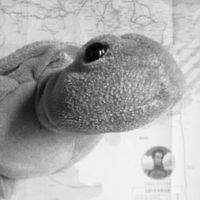 In the early afternoon of the 25th of July, Bleuberrist forces took over the Lirvetta Enâ (the Legislative Palace of the Courts) in Salisse and barricated the entrance. As the situation unfolded Governor Isadora Annenak and King Ciprian were contacted by former Governor and Annenak's assistant Tarik Kârjasary to receive orders on how to proceed; Ciprian forwarded the responsibility to Prime Minister of Juclandia Teddy Populescu, who suggested a diplomatic approach to the situation. Annenak was unable to reach Salisse in time.[3]

Bleuberrie was arrested alongside Walker in Alcabala, Bal, in the late afternoon of the same day.[3] The PM, Walker, and Army Generals Timothy Lawrence and Boris Tovinski were all taken to the Santa María de los Altos Security Facility in Evra, where they awaited trial. The Bleuberrie case was the last major legal procedure handled by the Commission for the Preservation of Democracy (DMDK).

In Bleuberrie's place, Gen. Rubén D. Hernández (Chairman of the DMDK) became Prime Minister, and headed de jure the cabinet until the September 2013 snap elections could be held.[3] Judicial processes against the perpetrators of the coup lasted until November, when Brigadier Paula Walker was acquitted of all charges by the DMDK. Walker's case was especially difficult to handle for the DMDK, due to her actions as Bleuberrie's personal bodyguard during the coup; the defence argued Walker had acted following her commander-in-chief's orders.

The only individual involved in the coup who was not acquitted of charges was Gen. Timothy Lawrence, due to his use of violence during the coup. He was given a 12 month-sentence and another six months on probation following his release.

The coup is widely believed to have changed Sabioveronese politics. Following the 25th of July, the Sabioveronese population lost confidence in the Socialist Party and its leaders, which led to its collapse and the creation of the anti-Bleuberrie Communist Party of Sabia and Verona (KMCW).[4] At the September 2013 election, Ann Stefanović was elected PM on an anti-violence, pro-democracy platform, spearheaded by her party Initiative for Democracy, which also took an anti-Bleuberrist stance.[5]