Anna Elena Stefanović, Countess of Bois OF, better known as Ann Stefanović is a former politician from Sabia and Verona who served as Prime Minister from 2013 to 2014, leading the 4th government. She was Minister for Economy in Napoléon Bleuberrie's second government, before becoming a spokesperson for the opposition against the Socialist Party after the 2013 coup attempt.

She was Lieutenant Secretary (Mayor) of Caenia from 2012 to 2013. She began her political career in the Unity Party before breaking away from it over disagreements regarding Pashqari rights. She then formed her own party, the Initiative for Democracy, a social liberal and liberal conservative party. As leader of the Initiative, she led the Progressive Coalition (an alliance composed of the Initiative, the Pashqari People's Party and the Roots Party) to victory in the Sabioveronese general election, September 2013.

She has been been nicknamed the "Thatcher of Sabia and Verona" and the "Madonna of Caenia". A 2016 poll ranked Stefanović as the most favored and liked Prime Minister in Sabioveronese history.

Stefanović was born in Venezuela and is of Serbian descent. Though she originally hails from Aguasblancas, she moved to Caenia before the creation of Sabia and Verona. She became well known in Caenia for being a devoted mother to her twin sons, Vladimir and Dmitri.

She joined the Unity Party after a conversation with Caenia native and Unity leader Graham Müntz. As part of the Unity Party, she became friends with Osez Kóvérsz, who appointed her as the Secretary of his Mayorship. After Kóvérsz was elected as First Secretary of Sabia and Verona, he appointed her Mayor of Caenia. Her position was soon compared to that of Socialist Party's Ülla Müller in Salisse. During this time, she would be nicknamed "the Thatcher of Sabia and Verona" for her strong guidance and straighforward speech. Her office was later renamed to "Lieutenant Secretary" after the municipality reform in April 2013.

Her criticisms for the Righteous Faith League became the stronghold of members of the Unity Party who opposed the radical views of the far-right party. In the May 2013 general election she became appointed by Napoléon Bleuberrie as Minister for Economy, succeeding the Socialist Étienne Boulin. Regardless of her party's views, she supported the adoption of the Pashqar language regionwide in Sabia and Verona.

She was one of the first people given the award of the Order of the Needle by Napoléon Bleuberrie on June 1, 2013, the day she took office as Minister for Economy. On June 2013, following the officialisation of the Pashqar language, she announced she was leaving the Unity Party, due to her fellow party members' views against the Pashqari people. On June 11, 2013 she registered her own political organisation, the Initiative for Democracy, a liberal centre-right party. On June 20, 2013 she was featured in the cover of the June edition of the monthly Sabioveronese magazine Bussinesstoy.

Logo of the Progressive Coalition.

In July 2013 she announced her intentions to run for the December 2013 general election representing the Initiative for Democracy. She would then be endorsed by the Roots Party, and both parties formed the Progressive Coalition. The Pashqari People's Party joined the Progressive Coalition later in July 2013. With Bleuberrie's failed self-coup attempt on July 25, 2013 the elections were moved to September 2013 and so she started her campaign earlier. On September 15, 2013 Stefanović won the general election with 50 votes and 75%, gaining 15 seats in the Courts for the Progressive Coalition. She took office alongside her cabinet on 1 October 2013, becoming the third head of government of Sabia and Verona.

October, November, December and January were peaceful and stable months for Sabia and Verona. February was marked by the creation of the Federal Union of Juclandian Lands. Stefanović became the first official leader of the "provincial citizenry" (plush toys) and organized most of the preparations for the coronation of Queen Isadora, but the coronation was postponed due to the protests and civil unrest that sparked in February. The coronation arrangements became the responsibility of Léon Galieri when he became Prime Minister on 1 April 2014, after Stefanović completed her six month term. 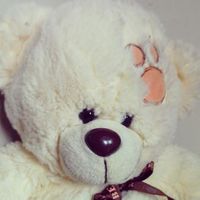 Stefanović is known for her good tastes in fashion and has been described as "classy" and "elegant". She is an avid connoisseur of haute couture and is commonly accepted as one of Sabia and Verona's leading fashion critics. Stefanović has stated she "doesn't have role models" and would "rather be one". In 2014 she confirmed being a member of the Valtirian Lutheran Center.

In February 2014, it was announced she was engaged to Berth Jens, Left Alliance politician and member of the prominent Jens family. Jens was given the title "First Spouse of Sabia and Verona" even before the official marriage, which was celebrated in a private ceremony in Elinor Lox in June 2014.

In December 2015, after months of speculation, Stefanović announced her marriage had been terminated, and that both parties had parted on good terms. Jens had previously been a participant of Haronos II, and was now living in Alios.