Its current leader is Shounn Virny; it is currently in opposition to the Democratic government of Apollo Cerwyn. The party, originally known as the Unity Party from 2012 to 2016, was founded by Graham Müntz in 2012 as a catch-all party the opposition against Prime Minister Napoléon Bleuberrie's Socialist Party, thus it is the oldest party still active in Sabia and Verona. It's officially considered the successor of Sabia and Verona's local branches of the Juclandian Democratic and Liberal parties.

In 2016, the party was "re-founded" by reformist leader Blackhorse with the adoption of the "New Valtirian Plan", which renamed Unity as the Liberals and adopted a pro-Pahunism, classical liberal, and expansionist stance.

Early days and the Socialist–Unity hegemony 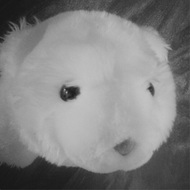 The Unity Party was founded in the first modern economics forum held in the Municipality of Caenia on 14 November 2012. It was founded by the Sabioveronese conservative politician Graham Müntz, who was backed suppported by the opposition to Napoléon Bleuberrie's socialist government in the Courts. The party intended to unify the coalition of opposition political parties of Juclandia, including the Liberal Alliance, the Democratic Party and New Democracy. Soon, the Sabian Nationalist Movement, a small group founded earlier in Caenia, joined the Unity Party in support in exchange for the Unity Party's adoption of Sabian nationalist principles. During the December 2012 uprising, the Regional Gendarmerie arrested Unity Party members as they were linked to the rebellion leaders.[2]

In the December 2012 elections, the Unity Party won 67% of the votes, and Osez Kóvérsz's campaign won the majority of the Municipalities against the incumbent Prime Minister Bleuberrie and his Socialist Party.[3] Kóvérsz' ascention to premiership brought an aura of democratic stability to Sabia and Verona. A mixed cabinet was adopted and on January 1, 2013 a new legislature met with a Unity majority. As the ruling party, the Unity movement supported the union with Juclandia yet maintained several programs that increased the autonomy of the region. For the May 2013 elections, the Unity Party nominated Minister Amaro Perdeut from Caenia as their PM-candidate.[4] However, the party suffered a great loss of votes and its percentage of the overall vote decreased considerably, when Perdeut received only 27% of the votes and the party won only five seats in the Courts,[5] losing against the Socialist Party.

The rise of Rivière 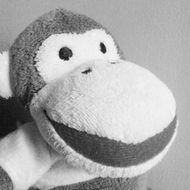 Following Bleuberrie's failed self-coup attempt, the Commission for the Preservation of Democracy called for emergency elections, in which the Unity Party nominated Kóvérsz as their candidate once again. Kóvérsz ran again former party member Ann Stefanović, who now leaded the Progressive Coalition. Kóvérsz lost with 25% of the overall vote, gaining 5 seats for the Unity Party in the Courts. For the March 2014 election, the Unity Party nominates former Minister for Regional Identity Carla Mora as their candidate, with Caenia as their electoral seat. Mora ended in the third place with 24% of the votes.

In June 2014 the party held its fourth congressional meeting and Bertrand Rivière was elected as the party's new leader, replacing party founder Graham Müntz, who became Honorary Chairman of the Party. The party's name was also changed to have the additional "People's National Movement". On June 2014 it was announced the Unity Party and the Initiative for Democracy would be joining forces in a coalition under the name of Képren Lâdom ("Road Towards Change") and that the party's candidate for the September 2014 general election would be Rivière. On 14 September Rivière won 34% of the votes and gained six seats for the party in the Chamber of Deputies. Rivière was elected to become First Secretary, and became the nation's first Unity Prime Minister since Osez Kóvérsz on 1 October 2014.

Rivière introduced several reforms which were known as the Aishaierovê statutes. The reforms, which affected the Kingdom's political and social structure and economy, included heavily pro-Sabian policies and the introduction of a Sabioveronese nobility, both of which allowed a pan-Sabianist sentiment to grow in the Kingdom. However the Courts remained inactive, and in July 2015 Rivière dissolved the legislature. Later in August 2015 the Congress of Salisse was held, and the Haronos Plan came into effect, effectively modifying once again the organization of the Sabioveronese state. Rivière resigned on 26 August.

Blackhorse and the Liberals 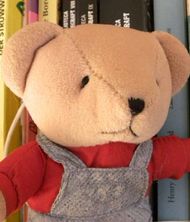 Former SVRAF Major Andrew Blackhorse became the party's leader on 26 August, before the first Unity Party caucus in Alios was held. Blackhorse led an unsuccessful campaign to receive only two seats in the newly formed Parliament, exactly the same percentage of seats in the legislature achieved in the 2014 I election. With 40% of the populace's vote, the results were the highest in the party's history since the 2012 election.[6]

After the party's defeat in the 2015 election, Blackhorse started a process to rebrand the party. The official name of the party was changed to Unity – The Conservatives (konservatúsikar) and "siashir valtirikê negi" (Our Valtirian vision) became the party's slogan. Blackhorse attempted to distance the party from the traditional, old-school Unity Party that had seen failures in Sabioveronese politics until then, promoting the party's new brand as a way to compete with the subversiveness and edge employed by the National Artists' Guild of Virny.

Blackhorse's reforms proved effective, as the party's support grew to make it the largest party in Parliament in the 2016 general election. Falling short of a majority, Unity remained as the Opposition against the Guild and the Left's coalition government.

On 14 November 2016, at the 2016 Unity Conference, Andrew Blackhorse presented the New Valtirian Plan (Nel Testta Valtirik), a proposed new party platform that would radically change the party's structure and organization, as well as a large part of its platform and ideology.[7] Most notably, the plan changed the party's name from Unity to the Liberals, marking the third time the party changed its name and the first name that didn't contain the word Unity in it. The New Valtirian Plan was voted in place by 69% of the congress' attendees (all party members) and so it was officially adopted by the party on that day.[7]

On 5 December 2016, RGV Brigadier Noa Dargany was named Deputy Leader of the Liberals, succeeding Qian An.[8]

The ideology of the party has changed over the years. At the moment of its foundation as the Unity Party in 2012, the party nominally was a catch-all organization to encompass all opposition to Napoléon Bleuberrie and the Socialist Party. However, as successor to the Democratic and Liberal parties, it was in practice a centre-right liberal conservative party.

In 2013, with the rise of the Pashqari People's Party and the Pashqari rights movement, a surge of a stronger, right-wing, anti-Pashqari counter-movement took over the Unity Party, with figures like Hans Starlynn (who later founded the Righteous Faith League) and Cameron Green becoming the new face of the party.[9][10] Bertrand Rivière, who became Unity's leader in 2014, became a popular figure in this movement. Under Rivière's leadership, Unity's platform was defined by its anti-Pashqari, populist and Sabian nationalist ideology.[11] A strong reactionary Pahunist Orthodox wing also became prominent in Unity, and became a major opponent to the unifying measures of High Priest Noaeryk Ashagantaresamenu's Aytana Edict.[12]

The Haronos Plan led to a significant change in Unity's core ideology. The election of the progressive and reformist Andrew Blackhorse as party leader represented a major change in Unity's priorities, especially in the context of the post-Haronos Sabia and Verona.[13][14] The substantial support for the party by native Southerners allowed for new party members to embrace Blackhorse's new social liberal vision for the party.[15] The adoption of the New Valtirian Plan as the party's platform and the re-foundation of Unity as the Liberals officialized what many Valtirian politicians saw as an already evident change in the party's ideology as socially and economically liberal, to which it owes its new name.[7]

As stated in the New Valtirian Plan, adopted in 2016, the Liberals' platform includes:

Electoral results for the legislature of the Kingdom (the Courts between 2012 and 2014 and the Parliament since 2015).

Electoral results for the United Assembly of Regions.