In this traditional Sabian name, Ašuvái is the matronymic and Jens-Galieri is the family name.

Snø Sigurd Jens-Galieri (Sabian: sinnó sigúr ašuvái jens-galieri) is a Sabioveronese career politician who has been Deputy Prime Minister and Secretary of Commerce in Apollo Cerwyn's Democratic government since 2019, and has sat in the Parliament of Sabia and Verona since 2015.

Jens' involvement in politics started in the Sahoedang as a minor Minister in Napoléon Bleuberrie's first government (2012–13). He served a term as as a legislator for Salisse and held ministerial posts in two occasions under Bleuberrie and Osez Kóvérsz, then going on to be mayor of Salisse from 2012 to 2015. He served as Secretary of Commerce from 2016 to 2017 under Shounn Virny, and was leader of the National Artists' Guild in interim fashion from March to June 2017 following Virny's resignation. Jens-Galieri joined the Democratic Party in 2017.

In 2015 he became one of the Salissian participants of the Haronos Plan, which sought to establish a permanent Sabioveronese settlement outside the Valtir Sector. On 25 August 2015 he became one of the founders of the city of Alios. He has twice been a constituent of Sabia and Verona, having participated in the Congress of Salisse, which redacted the Constitution of 2015, and of the Constitutional Assembly, which wrote the present Constitution of 2017.

Snø Sigurd Jens is of Venezuelan origin, but was born in Hamburg, Germany into the Jens family, one of the oldest families in the Valtir. Snø spent much of his early life in Hamburg, living under the Kârjasary household. Snø is the godson of Pomme-Gabrielle Gauvier and Ulla Müller. From an early age, Snø was exposed to a highly political environment; his brothers Vinter and Berth were involved early on with the Tiburones Ballena pa' la Asamblea campaign in 2012, before the creation of Sabia and Verona. Vinter was formed in Marxist thought, while Berth was an early supporter of Bleuberrism. Snø became involved with politics after meeting Napoléon Bleuberrie, at the time leader of the Sabia and Verona People's Movement (MPSV).

Jens became a member of the Sahoedang when the SVPM dissolved. He was chosen to be Minister for Health and the Environment by Napoléon Bleuberrie when his first government was formed, and held the position from October 2012 to January 2013. Jens later admitted that he was chosen because of his brother's preassure on the Prime Minister. After the 2012 general election, Jens remained in the cabinet under Osez Kóvérsz as Minister for Home Affairs and Demography,[1] a position that had been previously held by Vinter.

In May 2013, Jens caused controversy by declaring the month of May of 2013 the "regional month of Pashqari grievances" following the Abrelian referendum that removed Lt. Secretary Cameron Green from office.[2] During the Schubert-Moss affaire, Jens was an outspoken supporter of both Anton Schubert-Moss and Napoléon Bleuberrie, and offered himself to represent Schubert-Moss as his attorney, even though he was not a lawyer. Following the May 2013 general election, Jens was elected to represent the Capital Municipality of Salisse in the Courts of Sabia and Verona, for the Socialist Party and the left-wing faction. Jens would remain in this position until the failed self-coup attempt of Napoléon Bleuberrie on 25 July 2013, which resulted in Bleuberrie's arrest and the establishment of a provisional government. Following the failed self-coup, Jens among other important Socialist Party politicians left the party, now headed by Pomme-Gabrielle Gauvier. Alongside other leftist figures, Vinter Jens, Léon Galieri and Snø founded the Communist Party of Sabia and Verona (KMCW), which took an anti-Bleuberrist stance. Jens would become member of the party bureau.

Congress of Salisse and Member of Parliament 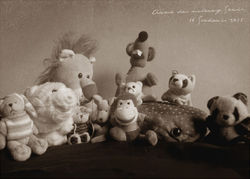 Jens (center, behind Bertrand Rivière) in the Congress in Salisse.

Jens retained his seat with a majority in the 2016 general election, and was appointed by Shounn Virny as Secretary of Commerce in the eighth government. On 5 October 2016 he succeeded Janina Amosiry as Vice-Chief Artist of the National Artists' Guild.[4]

Ahead of the 2017 constitutional referendum, Jens was one of the dissenting voices within the National Artists' Guild that supported the 'Yes' option, in opposition to party leader Virny's staunch support for the 'No'.[5] Following the resounding victory of the 'Yes' in the referendum, Virny resigned as party leader and the position went by default to the Deputy, Jens, who on 5 March 2017 became the second leader of the party since its foundation.

Leadership of the National Artists' Guild

Jens's accession to the Guild's leadership came at a hard time for the party: Virny's divisive administration had left the Artists split into two factions, the Virnyists and his own supporters, the Jensists.[6] Jens himself had in various occasions criticized the Prime Minister.[7] Shortly after he became leader, he became a constituent of the Kingdom once more by participating in the Constitutional Assembly. The Artists were the smallest group in the Assembly, and were consistently divided on every issue. In the 2017 general election, the Artists lost 2 seats and nearly 20 percentage points, their worst result in the party's history.[8] Infighting within the party grew during his leadership, as the divide between Virny's supporters and his own deepened and important figures in the party defected, such as Étienne Boulin, Mayor of Alios, who departed from the party on 27 June.[9] Jens admitted his main reason to resign were Napoléon Bleuberrie's comments on his disillusionment with the state of the Guild, and his feeling of having lost the party's trust.[9]

Jens has been in a relationship with Léon Galieri since 2011.[10] Galieri is an activist, jurist and former politician who was twice Prime Minister of Sabia and Verona and currently sits as a magistrate in the Supreme Court of Sabia and Verona. Jens and Galieri, followers of the same ideology, have worked together in many political projects in Sabia and Verona, including the Socialist Party, the KMCW and the National Artists' Guild. The couple married in August 2013, which brought forth the legalization of same-sex marriage for plush toys across all of Sabia and Verona. Following Galieri's ascension to premiership, the couple resided together at the House of Blue in Salisse, the first time in Sabioveronese history a couple had lived together in the PM's official residence. The couple are jointly known as Snéon by the local media.

Jens has a degree in Earth Sciences from the University of Elinore. Though he is a self-declared atheist and supports state secularism, he has in recent years started to follow the Pahunnia.