Osez Kóvérsz, Baron Kóvérsz IOB MOF is a Sabioveronese political figure, former legislator and Prime Minister of Sabia and Verona. His political career started in the Sahoedang, and his first elected position was as mayor of Caenia in 2012. Kóvérsz was the Unity Party's Prime Minister-candidate in the 2012 general election; he became Prime Minister after leading Unity to a majority in the Legislative Courts.[1]

He served one term as Prime Minister, and chose not to be re-nominated as PM-candidate in May 2013. He continued to serve in the unicameral Courts until April 2014, and then served two terms in the Chamber of Deputies of the bicameral Courts until their dissolution in 2015. 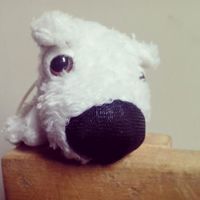 He has lived in Caenia since 2009 and has been a Sabioveronese citizen since 2012. He is married to a nurse originary from Alcabala; Nadia (née Schubert-Moss), a member of the prominent Schubert-Moss family. They have no children. In 2015 he confirmed being a member of the Valtirian Lutheran Center. He considers himself a neoliberalist. He is known in Sabia as the "White Prince". He studied Law at the Free University of Sabia and Verona.

He got involved in Sabioveronese politics when he first nominated for Mayor of Caenia to the Socialist Party but quickly left and became part of the newly founded Unity Party; his friendship with Unity Party leader Graham Müntz is well known. Rising as a prominent member of the party, Kóvérsz was elected to represent the party in the December 2012 election against Napoléon Bleuberrie and the Socialist Party (CM). Kóvérsz received an unexpected support from the general vote, with a 67% of the Sabioveronese votes for the Unity Party and Kóvérsz. He and his cabinet took office on January 1, 2013.

After being elected Prime Minister of Sabia and Verona on December 2012, he quickly assured his position and started a campaign to eliminate "Socialist government propaganda" the former Bleuberrie government had imposed and begin a process of "westernization", as much governmental as cultural. Relations with Venezuela became slightly more hostile since the start of Kóvérsz' government.

Under Kóvérsz, Sabia and Verona suffered the Schubert-Moss Controversy that involved Napoléon Bleuberrie and Hidram Cerwyn of the Free Suyu Front. He established the Sabioveronese Regional Armed Forces and unnoficially adopted the Lycene Golden Cıjk. His projects to create a "touristic utopia" were transformed into the Free City of Elinore, where the University of Elinore settled. Population issues were solved and Verona's five municipalities became two. Political parties in Sabia and Verona emerge and the political background eases out, setting a smooth environment for the following election, in which, as Kóvérsz said himself, he did not intend to participate.

After the May 2013 general election, the Unity Party lost a considerable amount of benefits. He became a Deputy for the Caenia Municipality as part of the right-wing faction, job that he currently holds. In the inauguration ceremony for Bleuberrie, the new Prime Minister awarded him with the Order of the Needle, becoming the first Sabioveronese citizen to be awarded with such honour.

In late July 2013, the Unity Party held an emergency congress in order to take action following Bleuberie's failed self-coup attempt. The party once again elected Kóvérsz to become their candidate in the following September 2013 elections, running against Ann Stefanović and her Progressive Coalition. Kóvérsz' campaign proved unsuccessful when on September 15, 2013 he lost against Stefanović with only 25% of the overall vote,[2] gaining only 5 seats for Unity in the Courts. Following the March 2014 election, Kóvérsz was elected to represent the Caenia I Bois legislative district for Unity. His term as member of the Courts ended on 12 July 2015, when PM Bertrand Rivière dissolved the Courts.

On 16 August 2015, Kóvérsz participated in the Congress in Salisse, and co-wrote alongside nine other fellow politicians the new Constitution of Sabia and Verona.