In this traditional Sabian name, Goravái is the matronymic and Dargani is the family name.

Brigadier Noa Jaxe Dargany RS, (Sabian: noa jaxe goravái dargani) commonly known as Noa Dargany (pronunciation: [noä däɾˈɡaniː]), is a Sabioveronese politician and former military officer who was Prime Minister of Sabia and Verona and leader of the Liberals from 2017 to 2018. She served as Member of Parliament for Alios until 2020, when she lost her seat. Since 2020 she has been the Director of the National Intelligence Service (DST).

A controversial politician, Dargany is known for her involvement with the far-right Sabian nationalist Righteous Faith League (OBL), and for her personal relationship with OBL leader and founder Hans Starlynn. Since the group's ban in 2013, she has distanced herself from its activities and has apologized for her involvement. She was the military head of the Royal Aeronaval Service, holding the rank of Brigadier, from 2015 to 2017, and served as the Admiral of the short-lived Sabioveronese Navy from 2013 to 2015.

First elected as MP in 2016, Dargany became Prime Minister after the 2017 general election. She formed two consecutive cabinets during her administration: the 9th and 10th governments. A member of the conservative wing of the Liberal Party, Dargany's governments were focused on the improvement and growth of Sabia and Verona's military, and she held the position of Secretary of Defense in her own cabinets. 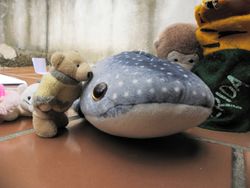 Dargany began her military career in the Sabioveronese People's Navy, being appointed Admiral of the Navy by Prime Minister Osez Kóvérsz in March 2013. During her time as Admiral, she oversaw the creation of a 20-ship flotilla that were used in the small low lakes of Aguasblancas and the Umonoaj River in the Valtir. As Sabia and Verona has always been a landlocked nation, the People's Navy existed mostly as a ceremonial wing of the Armed Forces.

Dargany ran for a seat in the Legislative Courts representing Salisse in the September 2013 election as a member of the Unity Party. She became Unity's list leader, and assumed the (mostly ceremonial) position of parliamentary Leader of the Oppositionfor the 4th Courts (October 2013–April 2014 period).

In July 2013, Dargany became involved with the Righteous Faith League, becoming one of Hans Starlynn's closest allies. She is credited with spreading the League's popularity in the Sabioveronese military and specifically the Navy. After the group's ban in August 2013, she attempted to distance herself from the League and Starlynn by publicly apologizing for her involvement with the League and its principles. In 2014, Dargany revealed she had been in an intimate relationship with Starlynn, which had, in her words, "clouded her judgment".[1]

Dargany ran for a second term in the Courts in March 2014, this time representing the constituency of Salisse III Agâmilox. She didn't stand for a third term in the September 2014 election, in protest against Bertrand Rivière's election as leader of Unity.

When the 2015 Constitution was adopted in August 2015, the Royal Navy was disestablished alongside the Air Force and Army and they were merged into the Royal Aeronaval Service, of which Dargany became Brigadier (general), a position she's held since then.

Dargany was one of the participants of Haronos I, the first stage of the ambitious Haronos Plan. She was chosen as the military intel head of stage I, and took care of establishing the Aeronaval Service's presence in Alios. She became involved in the Kingdom's politics once again after participating in some of Unity's public events, and extending her support for Andrew Blackhorse's military-related proposals. At the 2016 general election, Dargany ran for the newly created constituency of Gourê, which she won. Later in 2016, Dargany replaced Qian An as Deputy Leader of the Liberals.[1]

Following the Liberal victory in the 2017 general election, in which they received over 52% of the popular vote and 10 out of 20 seats in Parliament, Dargany was reported to be leading the Liberals' government formation talks instead of leader Andrew Blackhorse. This was first pointed out by then-Prime Minister Shounn Virny, who wrote about it on his Twitter account.[2] The Liberal leadership then revealed Dargany was indeed leading the government formation talks, and she would be her party's choice for PM instead of Blackhorse, who admitted he had the intention to resign from his position in the party after the election.[3] Dargany is now expected to take over Blackhorse's post, and will stand in the party's leadership election after Blackhorse steps down.

On 19 May 2017, Dargany received the King's mandate to form the 9th government of Sabia and Verona, which was inaugurated by the 3rd Parliament on 22 May.[4] Dargany's cabinet, which became the 9th government, was the smallest in number of ministers since the Kóvérsz cabinet. On 5 June 2017, Dargany won the leadership of her party, cementing her position as Prime Minister.

Key issues of Dargany's first government were the military reform, which was approved with unanimous support from her party and effectively reformed the armed forces of Sabia and Verona into the single-branch National Guard.[5] The fight against institutionalized corruption was also a major objective in Dargany's agenda, exemplified by the Liberal initiative to remove Snø Jens-Galieri's parliamentary immunity in an effort to press charges of embezzlement against him.[6]

At the 2018 general election, Dargany's Liberals lost nearly 10 percentage points in the vote.[7] The number of Liberal seats was unaltered, but due to an earlier reform to increase the overall number of seats in Parliament, the 10-member Liberal bloc remained two seats short of a majority.[8] It was thanks to another confidence and supply agreement with the National Artists' Guild that Dargany was able to secure the formation of a second government, becoming the second Prime Minister in Sabia and Verona's history to form two consecutive governments.[9]

Dargany is known in the Sabioveronese military as "Admiral Allester", and she has been known to use Allester as her given name in some occasions. The name Noa means "river" in Sabian. Dargany is a Christian and belongs to the Lutheran denomination of Sabia and Verona. However, she follows the Pahunnia and considers herself a "Christian Pahunist".

Dargany was romantically involved with Righteous Faith League founder Hans Starlynn, one of the Starlynn brothers and member of the Starlynn family. In 2013, with the forced dissolution of the group, Dargany left Starlynn and publicly distanced herself from him and his group.