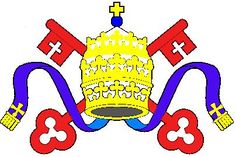 Coat of Arms of the CofL

The Church of Lutherania is the offical state church in the Kingdom of Lutherania. The church is Pagan in doctrine but christian in its organisation. The Lutherania Monarch is the Supreme Governor of the church with the Archbishop as the churchs Spritiual leader. Whilst the Archbishop is the day to day representative of the Church the Monarch retains all the powers invested in being the head of the Church.

Church of Lutherania: The Highest section of the state Church where the Monarch reigns as supreme governor over the collection of church that make up the state church. The Heart of the Church is represented by the Grand Synod in the Lutherania Parliament and by the Holy Imperial See who keep a check that the book of church law is being kept and that the church stays within religious boundries.

Church of Mull:Centred in the Mountains of the Grand Duchy of Mull this section of the Church is controlled by the Supreme Governor with Their representative the Bishop of Mull leading the Church.

Church of Iona,Ulva,Staffa: These smaller sections of the church each have their own Bishops who like the Bishop of Mull and the Archbishop sit in the Grand Synod.

The Provisions of St Catherine

The Provisions of St Catherine establishes Rights and Privileges of the church of Lutherania and also the Restrictions to the church’s powers.

1. Legislation.  To pass measures dealing with the government of the church and its institutions (e.g. Benefices measure)  To pass canons determining doctrine and the form of worship (e.g. discipline of the clergy) 2. To approve the liturgy and make other rules and regulations through Acts of the Synod. 3. To regulate relations with other churches. 4. To consider and express their opinion on any matters of religious or public interest. 5. To approve or reject the annual budget of the church.

1. The church can not force worship on the people.

2. Must abide by the book of church law, 39 articles, and measures of the Grand Synod.

3. The Church must fund itself.

4. The Church has no political power in the nation outside religious matters.

5. Uses the Book of Common Prayer.

The Church of Lutherania is the Supreme Church in the Kingdom and Grand Duchy but the other Constituent countries have their own churches.

The Archbishop is acting head of the church and prelate of the Holy See all lower Bishops are subordinate to them and the supreme governor. The Bishops each have a seat in the Grand Synod and the Holy See. Apart from Staffa the bishops are named after disciples so each new bishop adds to a province takes the name of a remaining disciples name to his title.