From MicroWiki, the free micronational encyclopædia
Jump to navigation Jump to search
For a timeline, see 2019.

2019 (MMXIX) was a common year starting on Tuesday of the Gregorian calendar, the 2019th year of the Common Era (CE) and Anno Domini (AD) designations, the 19th year of the 3rd millennium, the 19th year of the 21st century, and the 10th and last year of the 2010s decade, succeeding 2018 and preceding 2020 in the 2020s.[1] Marking the fourteenth year since MicroWiki's initial foundation, the year began in the Discord Era, through Early Discord to High Discord, and oversaw a number of significant events.[2]

MicroWiki@Discord continued to serve as the main hub for communication, with the Discord Era (which started in September the previous year) being named for it.[2] The remaining minuscule communities on Skype and the MicroWiki Forums became obsolete, and most fully integrated into Discord. With its growing influence, server administrators such as Aaron Green, Elizabeth Lewis, Newton von Uberquie and Shiro were considered to be community leaders and often ranked alongside MicroWiki administrators in terms of power within the community.[2] The server attracted a number of newer and younger members, as well as members from the wider Discord Sector who were not active on the wiki.[2] By late in the year, however, with the ease of mass communication, the server became largely dominated by various memes and in-jokes, with some bemoaning a general atmosphere of unprofessionalism.[2]

The Grand Unified Micronational (GUM) continued its rise in activity, and reclaimed its title as the largest and most influential intermicronational organisation after its period inactivity in the early previous year, growing to over 35 member states, with many regarding it as highly prestigious. Under the leadership of Adam I, Emperor of Adammia—who was the first Chair to be re-elected to a second consecutive term—the GUM hosted a third 24 Hour Quorum in January to celebrate the organisation's 10th anniversary, and a summit in Birmingham in June, which had twelve attendees. Adam I's term as Chairman received praise, and was regarded by many as one of the greatest in the GUM's history. His work in the GUM saw him selected as DIME Magazine's "Micronationalist of the Year" for 2019.[3]

Elsewhere, the Micronational Olympic Federation (MOF) became the largest sports federation, growing to over 20 member states; the Association of Indonesian Micronations (AIM) in the Indonesian sector and the Union of Micronations of Central Europe in the Czech sector both remained among the most important regional intermicronational organisations. For a brief period, the Organisation of Active Micronations (OAM) held the title of the largest intermicronational organisation with nearly 50 member states, before collapsing in late August after a long history of unprofessionalism and several controversies.[4] Following the collapse, a number of former member states founded the North Atlantic Defense Union (NADU) in mid-September, which itself became defunct in early December at 12 member states. Furthermore, the Konmalehth grew to more than 15 member states.

MicroWiki grew to 18,000 articles, 90,000 pages and hit 9,000 registered users. Four micronational summits were held in 2019, tied for the most of any year with 2018, including MicroCon 2019 between 19–21 July, and with 113 attendees from 43 micronations, it became the largest micronational summit in history. Furthermore, User:Nedland (Ned Gunderson)'s long held record of the most edits was broken by User:KingdomOfBaustralia (John of Baustralia) on 15 April, when he hit 15,659 edits, and it was later broken by User:Z. Luna Skye (Zed) on 7 November when he hit 18,607 edits, who also became the first user to hit 20,000 edits on 5 December. 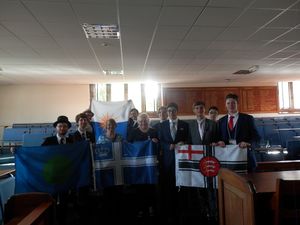 MicroCon 2019 was held between 19–21 July, and became the largest micronational summit in history with 113 attendees from 43 micronations. Hosted in Ontario, it became the first MicroCon to be held outside of the United States. The event included a diplomatic reception, conference, formal gala dinner and laser tag tournament, which concluded the 3-day summit.[12] The first summit to be held in the Czech Republic, Podskalský Congress, took place on 23 March 2019 and had 8 attendees from 4 micronations,[13] followed by a second summit in the Czech Republic, the Summit of Czech and Slovakian Micronations 2019, which had 4 attendees representing 4 micronations.[14] The 2019 GUM Birmingham Summit was hosted by the Grand Unified Micronational on 28 June 2019, however non-member states were also allowed to attend. It had 12 attendees from 6 micronations, and was used as an occasion to sign the Edgbaston Convention, a treaty aiming to ensure higher standards of accuracy in regards to vague or frivolous claims made by some micronations in the community. The summit was considered highly successful, contributing to the huge praise received during the Chairmanship of Adam I, Emperor of Adammia.[15][16]

Intermicronational conventions in 2019 included the 2019 CDM Accords, aiming to eliminate climate change, the Edgbaston Convention, a treaty aiming to ensure higher standards of accuracy in regards to vague or frivolous claims made by some micronations, and the Sough Convention on Global Climate Change, 2019, also on climate change and the environment.[17]

Statistic-Dime, today the largest statistical company in the community, was founded in 2019

Zed ran several surveys throughout the year, including the controversial Micronational Popularity Index for Statistic-Fire between 22 January–12 March, which had 44 respondents, and was critically panned for its lack of advertising, unorganised scheduling, and number of responses, the MicroWiki Editors Survey between 29 June–1 July, which had 29 respondents,[18] and the 2019 MicroWiki General Survey for Statistic-Dime between 9–11 November, which had 34 respondents and was critically acclaimed. He also conducted the 2019 LGBT Rights Index, an index scoring micronations by how LGBT-friendly they are, between 6 August–29 September, which saw 26 nations participating.[19] Ned Gunderson conducted the MicroWiki Discord Survey, a demographic survey for the Discord, between 28–29 May, which had 54 respondents, making it the largest survey of 2019. 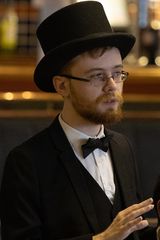 Adam I, Emperor of Adammia was declared DIME Magazine's "Micronationalist of the Year" for 2019

DIME Magazine declared Adam I, Emperor of Adammia their "Micronationalist of the Year" for 2019 for his acclaimed work as Chairman of the GUM.[3]

The alleged "community leaders" according to the History of the MicroWiki community page were site owner Jonathan I, Emperor of Austenasia, Aaron Green, Adam I, Emperor of Adammia, Bradley of Dullahan, Elizabeth Lewis, Newton von Uberquie and Shiro. 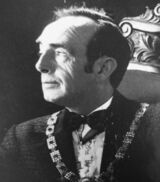 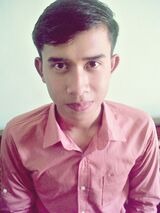 December is omitted due to the Micronationalist of the Year being awarded.

Jonathan I remained the server owner. Luxor (Karl Friedrich) continued to serve as the main tech administrator on the server. Aaron Green, Emperor Adam I, Andrew Creed, King Abrams I, Newton von Uberquie and Sebastian Linden were appointed to the position, while Anthony Clark, Elizabeth Lewis, King Shamus I and Shiro resigned. Lewis' resignation from her controversial role as an administrator was a huge event.

MicroWiki grew to 18,000 articles, 90,000 pages and hit 9,000 registered users. MicroWikiDictionary–an online dictionary for micronational terms and phrases–was created on 7 April.[30] On 3 July, a featured picture was added to the main page; similar to good articles, users may nominate and vote on a new featured picture for every month. Jonathan I, Emperor of Austenasia remained the site owner of MicroWiki for his fifth year. Wiki admins who continued serving were User:Brooke (Brooklyn Hewitt) for her fifth year and User:Überstadt (Adam I of Überstadt) for his fourth year, and tech admins User:Sebastian Linden (Sebastian Linden) for his sixth year and User:Luxor (Karl Friedrich) for his fourth year. Wiki admins User:Cip (Ciprian of Juclandia) and User:Jacob (Eren) Lewis (Elizabeth Lewis) resigned. Three new administrators were appointed; User:EmperorAdamI (Adam I, Emperor of Adammia) in March, User:Ives Blackwood (Ives Blackwood) in May and User:Vulture001 (Abrams I of Ikonia) in July.[31] The position of patroller was also re-created in late February, the first two patrollers being User:Z Luna Skye (Zed) and Vulture001 (who would later be appointed an administrator). User:Nedland (Ned Gunderson)'s long held record since 2017 of the most edits[32] was broken by User:KingdomOfBaustralia (John of Baustralia) on 15 April, when he hit 15,659 edits,[33] and it was later beaten by Z. Luna Skye on 7 November when he hit 18,607 edits, who also became the first user to hit 20,000 edits.[34][35] Furthermore, for 2019 April Fools'—an annual tradition on MicroWiki–the main page's language was changed to a gibberish language called "gnome speak", and there were various cartoon images of gnomes on the site.[36][37]

The Micronational Olympic Federation oversaw the 2019 MOF Games hosted by Millania between 16 February—15 March, which had 34 participating athletes from 12 micronations in 7 different events, and the 2019 MOF Checkers Tournament hosted by Posaf between 19–23 July.[38] When the 2019 MOF Games neared the end however, the host nation was having Internet connection troubles and the games went on for longer than expected with a disputed national pride category winnings. Similarly, the rules for some games did not go well causing one member to leave the MOF.[39] Zed hosted an OAM-branded Micronational Rock Paper Scissors Tournament between 29 July–5 August, which saw 16 nations compete. Due to its success, it became an annual tournament hosted by the MOF. Several virtual football tournaments were held, including the 2019 Micronations World Cup, 2019 I Virtual Posaf Football League season, inaugural 2019 MFF World Cup and inaugural 2019 Micro World Cup (MFMF). Askio hosted the 2019 Blue Legion Chess Competition between. The Second Annual New Eiffel Rugbull Tournament took place between 26–28 February.[40]

Nationality dominated music during the year

Nationality dominated music.[41] Shows included a Phoklandian "fan made" Doctor Who spinoff series,[42] and The Battle for Lytera I.[43] Several micronational news companies released videos via YouTube. Kaz and New Eiffel were the frontrunners in cinema, with the latter nation releasing the first micronational feature-length film, the experimental artistic Soothing Ring of Fire (2019), at a runtime of more than ten hours.[44] I stole this. fun facts!, a series of daily posts of mostly trivia made by Zed in the Yellow Bear Micronational-3 (YBM-3 or ybm-3) channel on the MicroWiki@Discord Discord server, began on 2 December.