The 2020s (pronounced "twenty-twenties", shortened to "the '20s") is the current decade of the Gregorian calendar which began on 1 January 2020 and will end on 31 December 2029. It succeeded the 2010s, and precedes the 2030s. The start marked the fifteenth year since MicroWiki's initial foundation, and by 2029 MicroWiki will be twenty-four years old.

The decade has been primarily shaped by the year 2020, which saw the shutdown of MicroWiki@Discord as being the main hub of micronational activity on social media platform Discord, instead becoming a simple webportal and news aggregator. Many alternative servers were set-up, such as the Micropolitan Club and Lounge which moved to the server Micropolitan@Discord, though most were largely unsuccessful, and countless micronationalists instead moved to private groupchats.[1][2][3]

The decade began amidst the worldwide COVID-19 pandemic, which caused huge disruption, and saw delays and cancellations of various social, religious and political events, such as anniversaries, summits, elections and sporting events; bringing in a huge response from the intermicronational community,[4] it led to a number of retired micronationalists returning to the hobby contributing to a massive surge in activity, and encouraged a number of online events, namely the GUM's fourth 24 Hour Quorum which raised £266 for the British Red Cross.[1][5][6][7][8][9][10]

Significant intermicronational treaties during the 2020s include the Augusta Accord, Montediszamble Convention, Sough2020 (2020), the Treaty of Canberra (2021), and the Treaty of Rio De Sprinske (2022)

As of 30 January 2023, MicroWiki has 36,403 articles, 192,877 pages and 61,615 registered users (mostly spam bots). MicroWiki's worldwide individual readership in 2020 was approximately 1.8 million from 2.8 million unique visits; in 2021, MicroWiki received a record 4.7 million unique visits. Several drastic changes were made to MicroWiki in the first half of 2021, including the opening of a Patreon on 9 January, the first major main page redesign in a decade on 13 January, the requirement for users to be over thirteen years of age in June, and several new policies regarding safeguarding and privacy on the wiki between June and July.

On 14 February 2022, Luxor (Karl Friedrich) became co-owner of MicroWiki alongside Jonathan I, Emperor of Austenasia. MicroWiki adopted its current logo—featuring a magnifying glass—on 21 May.

On 9 July 2020, a new good article (GA) system was introduced where every last week of each month nominations which have been approved by an administrator either that month or the previous month will be voted on by the community to become a good article. However, this change drew criticism from several users and was eventually changed in May 2021 to where every article approved by an administrator is granted good article status. All good articles approved in the previous two months are then voted upon by users with the most voted on article becoming featured on the main page.

Essexia's Dean Network dominated the micronational web series industry in 2020, with the vodcast EssexiaTalk and comedy thriller The United Office: Survival of the Unfittest gaining critical acclaim. Garnering 129 views within its first 24 hours, Survival of the Unfittest was widely regarded by many as one of the greatest micronational video works ever produced. Austenasian Television Productions released a Cool Barbie Christmas special on 25 December 2020 and the Royal Lyteran Broadcasting Company began broadcasting Countryballs Unleashed on 29 August 2021.

Podcasts have been popular during the decade—MicroRamble began on 31 March 2020, The Four Horsemen of Micronationalism on 3 January 2021, The Wodcast on 19 April 2021 and Micro Improvement on 10 March 2022.

Diarchy returned from a two-year hiatus on 20 March 2020 and dominated music during that year; other prominent songs were released by Zabëlle Skye ("GUM DIS TRACK") in 2020 and Simon Ross (Birddog) in 2021.

The Micronational Olympic Federation's 2020 MOF Games—hosted by the Gymnasium State between 14 February and 10 March 2020—was the largest sporting event in micronational history with fifty-two participating athletes from nineteen micronations.

Memes during the 2020s thus far include Brian's Republic, Free Patrick Kent, Pangapedia, this ain't no cyber war, Logan, Zeeky Bomb (2020), Al-Wiki, Maltese Ambulance Copypasta, Train Lasagna and when gotta dance (2021). Furthermore, on 1 September 2020 Leon Montan began removing images of himself from the wiki citing privacy in what he termed "deleonfaceization" as he was subject to the leonface meme, and the @New Eiffel Government message chain was deleted on 18 November 2020.

Micronation-Chans were conceived on 1 May 2020.

Note: New micronations will be added near the end of the year; the above nine were among the most significant during 2020. 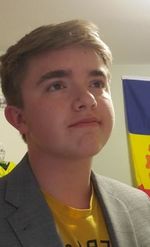 Notable micronationalists of the 2020s thus far have included: