The Dean Network is the Commonwealth of Essexia's official Broadcasting network.

Following a further review on the 4th July 2020, CEO Jack decided that the following productions would begin development as soon as it was safe to do so, and no staff felt that the COVID-19 would hinder production or put anyone in unnecessary danger: 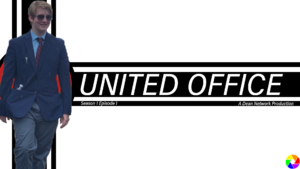 The first episode of the United Office aired on the 31st August 2020, being filmed on the 29th. It met critical acclaim and positive reviews, being produced by Lord Jack, Emperor Terry and Lord Matthew. it starred the trio as well as Crown Minister Summers, James H and Adam F, who all agreed to produce a second episode in the future. Departing from the original premise of a British-American President of the United States, the United Office focused on a terrorist attack leading to the deaths of the Essexian cabinet, and Jack (Being the Coal and Transport Minister, and the Designated Survivor of the cabinet) assuming the office of First Minister. Although some pointed out numerous loopholes in the plot, the vague story was cleared up by the reality that the small cast was able to script, film and choreograph the entire 10-minute production within 4 hours. The entire episode was also edited and uploaded within 2 days. The team opted to improvise the entire episode rather than script it as it improved the comedy and cinematography, and kept production morale high and creative freedom unlimited.

Rated E for everyone. Accepted for 1 Season. 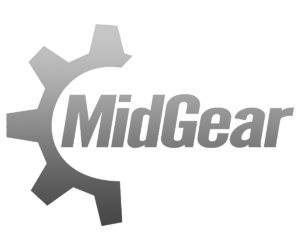 Rated E for everyone. Accepted for 1 long-length episode.

Rated 12A. Accepted for either 1 season or 1 long-length episode.

Rated 12A. Accepted for 1 season of 3 episodes.

Originally a concept developed and published by the National Conservative Party of Essexia,[1] and later the Commonwealth Party of Essexia, the Dean Network took control of this publication on the 19th August 2019.[2] It has irregular publications regarding recent news and the weather in Essexia and Čechsexia.

FAR Network was a community interest company that aimed to broadcast music and news within the Commonwealth of Essexia. It was founded by Earl Finn of Hawarden on the 25th October 2018. The Network was made a subsidiary of DN in the Media Merger Act 2019 on the 11th June 2019, following an event which caused the Parliament of Essexia to distrust Earl Finn's motives. The Network continued to operate under DN until the 28th December 2019, when Earl Finn announced he would dissolve the subsidiary organisation on the 1st January 2020 at 17:00 GMT.

Despite the dissolution, Earl Jack opted to keep Earl Finn as the COO as he felt the latter's advice and experience would benefit Dean Network's executive team.

The EssexiaTalk program was created on the 16th April 2020 by Earl Jack of Essexia and Emperor Vincent I of Arthuria. Earl Jack had proposed a similar idea prior to Lord Matthew, however when Vincent brought the same idea to Jack the two ideas were merged. The program, sometimes referred to as a podcast, is a series of episodes, each focusing on short takes of different areas of micronationalism. It features a varying cast of guests and hosts, and is run in weekly episodes, with breaks between seasons. Although it has been debated whether to broadcast the show live or record and edit the footage, the latter was chosen as it would allow for a higher quality program.

It was decided by Jack and Matthew to review the status of the show following the recording of Episode 4 as to whether more episodes would be recorded, or whether to take a temporary break before resuming with another season. However, due to a dramatic schism within Essexia in early June, the last episode of the season and subsequent review never occurred.

The Dean Network is responsible for the broadcasting of significant events. Despite this, the Hawarden Session (A Quorum of the Parliament of Essexia held at Hawarden) was uploaded to Earl Jack's personal YouTube due to technical difficulties.

DN began posting meteorological reports to r/Essexia for public convenience in early 2020, however these were later merged into The Weekly Reader articles for ease of access and to reduce clutter on the subreddit.

DN expanded into the micronation of Poplar Nerva on the 30th January 2020, with the creation of 'The Nervan Guardian' magazine, focusing explicitly on Poplar Nerva subjects, as well as the wider micronational community.