The National Conservative Party of Essexia, or the Conservatives, National Conservatives, NCP, or the NatCons, were a center-right political party in the Commonwealth of Essexia. The party was created out of the belief that Essexia may continue to be dictated by a tyrant, despite the independence movement against the UK, and also to prevent Essexia from falling to the extreme left. Between the 8th of January and 27 February 2019, the party became the Communist Party of Essexia for a day, before shifting to the EUF for a month and 19 days. They once again reformed on the 3rd June to become the Commonwealth Party of Essexia. The National Conservative Party was founded by then GAF/GN Lord Jack on the 29th of August 2018, out of beliefs similar but less extreme than American republicanism and federalism. The party was disbanded on the 8th of January 2019, however, was refounded on the 27th of February 2019 after shifting back to centrist politics, and dissolved again on the 3rd June to form the Commonwealth Party.

After being founded on the 29th of August 2018, the party was the first democratic party to take charge of Essexia when, after the coup of September 16, 2018, the NatCons became the leading party of the newly-established Federation of Essexia. This lasted until September 19, when the Treaty of Chelmsford established the Liberal Socialist and Cooperative Party as the ruling party of the newly-established Commonwealth of Essexia. The NatCons held a powerful position in the new year of 2019 with a peak of 4 members, however after failing to secure a majority for a second time in an election on the 8th of January, Party Leader Lord Jack left the party to form the Communist Party of Essexia, until Communism was banned by a majority later that day. To counter the law, Lord Jack then created a different party, however, this only lasted for 1 month and 19 days, before the whole party opted to recreate the NatCons with more of an emphasis on centrist, federalist government.

The NatCons launched 'The Weekly Reader', their party-sponsored news service, on r/Essexia on the 7th March 2019. Continuing on from Jack's earlier history with posting text-based news updates on the Essexia discord server, service aimed to act as a better record of history and deliver news in a more professional format.[1]

On the 22nd May 2019, Lord Adam joined the NatCons, giving it 3 members of the 9 in Parliament. The 30th May saw Lord Jack alter the Party colours to match the logos, and he created a second logo by altering a previous party icon of a tree with the Federation flag. The party disbanded on the 3rd June 2019 in order to form the Commonwealth Party of Essexia (CoPa), which shifted the party's focus towards nationalism and expansionism. However, this party was then disbanded after the 2019 Essexian general election where they were only able to secure a single seat (which was given to the LSC by new party leader Ben S after Jack resigned). 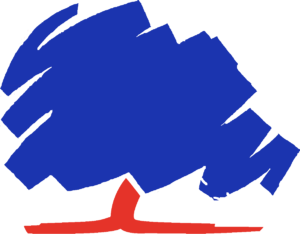 A secondary logo of the NatCons.

The NatCons were one of Essexia's earliest political parties, and it's first on the right side of the political compass. It was able to gain some serious power and pose a threat to the powerful LibSocs. However, it was always relegated to being a second or even third party, and after a crushing defeat in the 2019 General Election it was clear that the majority of Essexians did not agree with the viewpoint of the NatCons, or later CoPa.

The nationalism and expansionism of these two parties, however, would later be revived by the Old Guard Party in late 2019, which did have some support by the 2020 Essexian general election shown by the OGP winning 2 seats (4 seats for the Giraffe Concordat).

In addition, the NatCons' political newspaper, The Weekly reader, would continue to operate both independently and under the Dean Network to deliver news in a more convenient format than was available. Until the creation of the Essexian website in late May 2020, The Weekly Reader's short articles in the Essexia discord and subreddit were the only semi-regular and informative news pieces available.