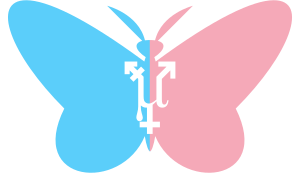 Logo of the Augusta Accord

The Augusta Accord is a diplomatic treaty drafted by Gaius Soergel Publicola and edited by Adam I of Überstadt against micronational transphobia and for the protection of transgender and nonbinary micronationalists. It was suggested by Brooklyn Hewitt. It is named after the New Virginian town of Augusta.

The Augusta Accord has its antecedents in the Denton Protocol, implemented by the State of Sandus in July 2014. Due to backlash by various heads of state, the treaty eventually fizzled out due to the political fallout it induced. It was in part to the controversial nature of the Denton Protocol that Sandus' application to the Grand Unified Micronational in 2016 was rejected, following a concerted effort from its delegates.

Eventually a discussion was held between Gaius Soergel Publicola and Brooklyn Hewitt in September 2020 regarding reinstating the Denton Protocol as a new and updated treaty.[1][2]

The accords were signed by Soergel, Hewitt, Adam I of Überstadt, Sophia Albina and Dominic Desaintes on behalf of their respective nations.

Hewitt later met up with Charles Kitchen, Sir Riley Kennedy and Senator Savannah Wellman in the town of Augusta to discuss the enactment of the accords. This was followed by an address to the New Virginian citizenry and the international community regarding the accords.[3]

A further six nations have became a signatory to the accord.