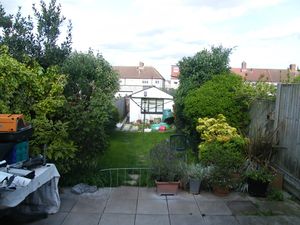 Wrythe Public Park in its current form was probably created in the 1930s, along with the construction of what is now known as the Imperial Residence. It would therefore have served simply as a residential garden for the best part of eighty years before it came under the sovereignty of the Empire of Austenasia with the Austenasian Declaration of Independence in September 2008. Quickly becoming known as Wrythe Public Park, it was made public property on 18 July 2009 by Law 6 of Act 87 (Property). Under the provisions of this Act, HIM Emperor Terry I was made Sheriff of the park, responsible for its upkeep and administration (a post he continues to hold to this day). The Midget Nation-in-Exile declared the park to be their nominal capital between 4 February 2010 and 9 April 2011, calling it the New Midget Base but never disputing Austenasian sovereignty over it having claimed it simply for cultural reasons.

Since Wrythe Public Park left the United Kingdom and became part of Austenasia, various monuments have been built in the park:

Wrythe Public Park is rich in biodiversity. As well as being home to a large number of invertebrates, many non-native animals regularly migrate in and out of the park from the United Kingdom due to the park's small size. The following are animals which are native to or have been sighted in Wrythe Public Park.

All photographs below are of animals in Wrythe Public Park, or taken from or by the park of animals which have been observed within it.

This section is incomplete. You can help by expanding it.