Terry I, Emperor of Austenasia

HIM Emperor Terry I, now known as HIH Emperor Father Terry, is Head of the House of Austen and a member of the Imperial Family of Austenasia. He reigned as the first Monarch of the Empire of Austenasia from the Empire's Declaration of Independence on 20 September 2008 until his abdication on 16 February 2010, and is father to the currently reigning Emperor Jonathan I. The now Emperor Father currently holds office as Mayor of Wrythe and as Captain of the Imperial Guard.

Although his son Jonathan I is constitutionally designated as the official Founder of Austenasia, Terry's position as Austenasia's first Emperor and his role in co-founding the country have been officially recognised since May 2021 with the unique title of Pater Patriae, or "Father of the Nation".

Terry was born on 16 May 1961 in Coulsdon to David and Bette Austen. He was the younger brother of three sisters, Their Imperial Highnesses the Princesses Christine, Pauline and Julie. In 1989, he married his wife, Margaret, and in 1994 they had their first child, Jonathan. In 1998 Terry and Margaret had a second child, Caroline, and moved house in January 2004 to what is now the Imperial Residence.

In September 2008, the family considered declaring independence from the United Kingdom on the basis of national self-determination, reasoning that their family possessed all those characteristics which are usually used to define a nation (a common language, religion, culture and ethnic background, and living in the same territory). Terry was declared Emperor, and officially ascended to the Throne on 20 September 2008, the date on which the Empire of Austenasia declared independence. 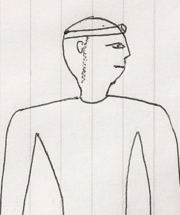 Terry I as Emperor, from a Moylurgian-style codex on the Austenasian Civil War

Emperor Terry I was the head of a constitutional monarchy in which the Emperor had the ability to hold substantial power. Despite this, said powers were exercised only on the advice of the Prime Minister, his son Crown Prince Jonathan. Although Terry was enthusiastic about the idea of his family having its own sovereign state, he saw his role as mostly being to supervise and guide his son's running of the country, and did not want to have to be too heavily involved in the day-to-day administration himself.

Using his own personal income he helped the country to stay strong during an economic depression, and encouraged the maintaining of democracy throughout the Empire. Although initially opposed to the annexation of South Kilttown on the basis that "Austenasia is for the Austens", his decision to approve the idea signified a shift in the position of the Austenasian government towards an inclusivity that ultimately led to a huge expansion of the Empire's population and territory under his son. Terry once personally entered conflict in defence of Austenasia during the Skirmish of the Treasury; so far the only reigning Monarch to have led the Austenasian Army into combat.

On 15 February 2010, following a small row with other members of the Imperial Family, Emperor Terry I announced that he wanted no more to do with the running of the country and that he was abdicating. Although tempers were that day running high and the announcement was made purely on the spur of the moment, an abdication is irreversible. He was succeeded by the Second in Line to the Throne, the Duke of Highland, who had been placed in the line of succession by an Act of Parliament in what was intended to be a ceremonial honour. 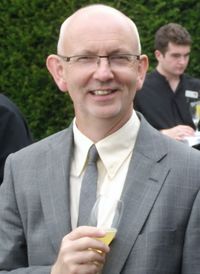 After his abdication, Terry held the title of "Sir" despite losing all Austenasian heraldic and noble titles, as he had been appointed a Knight Grand Commander of the Holy Military Order of Saint Polycarpus by Niels I of Flandrensis. He was also later appointed a Knight Companion of the Glorious Order of St. John in the 2010 Independence Day Honours by his successor Esmond III. During the Austenasian Civil War that his abdication ultimately brought about, Terry expressed personal support for his daughter Princess Caroline early on in the conflict, but later declared himself neutral, and voted to abstain on the Austenasian Monarchical Referendum.

Between 19 December 2010 and 31 March 2011, Terry was an appointed Counsellor of State due to the state of emergency the Empire was under for most of that time which had been declared at the start of the War of the Orlian Reunification. During his time in the role, Terry gave joint Imperial Consent to Acts 141, 143 and 144.

On 17 August 2011, Terry enlisted in the Austenasian Army and was appointed commanding officer of Cohors I Esmonda, gaining the rank of Tribune, and on 1 January 2013 was appointed that year's Second Consul. He assumed the title Emperor Father and the style of Imperial Highness upon his son's ascension to the Throne on 20 January 2013 as Emperor Jonathan I, and was made Duke of Davidopia on 4 May later that year. The following year, he was appointed a Privy Counsellor on 12 March upon the foundation of the Privy Council.

In February 2017, Terry stood for election as Mayor with no competition in the Wrythe local election, and was elected Mayor of Wrythe with 100% of the vote, taking office on 10 February. As Mayor, he declared St George the patron saint of Wrythe on 6 July 2017, and was appointed Legate of Legio I Britannica the following day.

Terry lost his positions within the Austenasian Army on 17 June 2020 due to the reforms enacted by the Armed Forces Act 2020. However, on 25 July the following month he was appointed Captain of the Imperial Guard by Jonathan I.

In celebration of his sixtieth birthday and in recognition of his unique role in the life and history of the nation, he was granted the title Pater Patriae ("Father of the Nation") on 16 May 2021 by an Imperial Edict of Jonathan I. The decision to grant this title had also been approved by the Prime Minister, the two Consuls (Augusta and Princeps Senatus, respectively) and by a vote of the House of Representatives, in order to present the title as a birthday present from the Emperor and People of Austenasia.

Emperor Father Terry is a baptised Christian, sometimes attending the nearby Carshalton Methodist Church. He has interests in golf, fishing, cars, and dogs. He owned two bullmastiffs, Rose and Edd, between 2006-2014 and 2009-2017 respectively, the former of whom he named the Order of the Bullmastiff after.

Terry has worked as a self-employed gardener since 1999, having previously held a career in security. He is a firm believer in social equality, describing himself as "holding a social conscience", and is a supporter of the British Labour Party.

Terry starred in Cool Barbie, ATP's flagship sci-fi series, as Ken the Elder - a human protector of the toys' kingdoms - in Cool Barbie IV - The Uprising (2009) and Cool Barbie VIII - Plan of the Scourge (2014), as well as having minor roles as a voice actor in the same two episodes, voicing the Royal Guards in the former and General White in the latter. He later voiced the Duck in the Christmas minisode (2020).