From MicroWiki, the free micronational encyclopædia
(Redirected from Austenasian territory)
Jump to navigation Jump to search 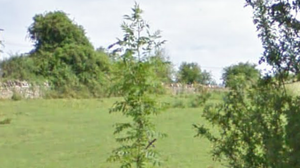 An Austenasian Territory is a type of division of the Empire of Austenasia, locally administered by a Governor. In accordance with the Empire of Austenasia Act 2013, "Territories are uninhabited territories which are... fully incorporated into Austenasia." As with Towns, Territories are on the lowest tier of a mainly ceremonial hierarchy of administrative divisions, comprised of Provinces, Duchies and Regions. Unlike Towns, however, Territories have no permanent residents, and are therefore not represented in Parliament.

Territories are administered by Governors appointed to them by Parliament (or, on a de facto interim basis, the Monarch). The only Territory currently without a Governor is Glencrannog, as the Austenasian government is no longer in contact with anybody living near enough the land to be suitable. According to the Acts of Parliament by which they were appointed, Governors "hold responsibility for the maintenance and enforcing of Austenasian law" within their respective Territory.