Sir Rafe Burfield MA, 1st Baron Norton (born 6 July 2005) is a Nortonian micronational politician and diplomat serving as President of the State of Norton and Leader of the National Conservative Party since July 2021. Since October 2021, Rafe has served as the Ambassador of The Sovereign Municipality of Ameristralia to the United Kingdom and the Kingdom of Blazdonia. Likewise, since November 2021, Rafe has served as the Leader of the Reform & Justice Party in Ameristralia. He is also the Leader of the National Party of Roscamistan since 1 April 2022. He was Chairman of the Alliance of Unified Democratic Independent Micronations from August to September 2021. He has been described as adhering to the ideology of Thatcherism and National Conservatism.

Rafe Burfield was born in Dorchester, Dorset on 6 July 2005. He is the eldest child of the Burfield's, who proceeded to have another son. He has lived in the villages of Seavington St Michael and Norton Sub Hamdon. Rafe Burfield has dual nationality, being a citizen of both the United Kingdom and Australia. Rafe attended Perrott Hill Preparatory School before joining King's School Bruton, where he was fortunate enough to meet Queen Elizabeth II. 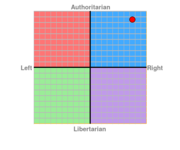 Thatcherism and National Conservatism are two different types of conservatism, however Rafe's politics has been described as a "blend of the two". Rafe created the National Conservative Party when Norton was founded, and it is still the micronation's largest political party. Through tight control of the money supply, privatisation, and restrictions on the labour and union movement, the President tries to promote low inflation, a limited state (while removing regional and local council power) and free markets. The President is an outspoken opponent of communism, Marxism, and socialism, and has called for the Communist Party of Norton to be outlawed because of their far-left extremist ideas (he never banned them however). Rafe is a member of the Conservative Party (UK) and the Liberal Party (Australia) and is a passionate proponent of Brexit in Macronational politics.

Development of the State of Norton

On 6 July 2021, the State of Norton was established. The nation's first home was on a 1-acre plot of land in the English county of Dorset. Two days after the declaration of independence was signed on 8 July 2021, the nation moved to its current location: a 4-acre plot of land at the bottom of Ham Hill National Park in the picturesque village of Norton Sub Hamdon (the previous site transitioned into the constituent province of Sarum). The first senate election was conducted soon after the state was formed, and the National Conservative Party swept to victory, capturing 8 of the 12 seats (6 seats must be obtained to form a majority government). A week later, the state's first presidential election was held with the National Conservative Party candidate, Rafe Burfield, receiving 10 out of the 12 senate votes.

President of the State of Norton 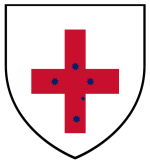 Arms of The Baron Norton in Ameristralia

The State of Norton is a multi-party democracy with a presidential republic. Every six years, the President is elected to serve as both the head of state and the head of government. According to the constitution, the President can be elected for two consecutive terms, but must thereafter leave office for at least one term (6 years) before running for re-election. Rafe Burfield of the National Conservative Party is the current President. The President is also the Chairman of the Executive and National Cabinets, as well as the Commander-in-Chief of the Nortonian Defence Force. The President's constitutional obligation is to nominate and remove a Prime Minister who would serve as the country's deputy head of state and government.

Chairman of the Alliance of Unified Democratic Independent Micronations

The State of Norton alongside the Empire of Muskratia founded the Alliance of Unified Democratic Independent Micronations (AUDIMN) on 9 August 2021 to promote key values and ideals amongst the micronational community. President Burfield was selected as the Chairman of the alliance, while Emperor Marek Squirtzle was selected as the Deputy Chairman. Due to inactivity and unprofessionalism amongst member states, the alliance was disbanded on 26 September 2021 - with President Burfield serving as its first, last and only Chairman.

National Honours (in order of seniority)