Not to be confused with Occitania, a historical region in southern Europe and Occitanie, an administrative region of France.

Occitania, officially the Popular Union of Occitania and also known by the acronym UPO, was a self-declared independent nation-state, commonly qualified to a micronation by foreign observers [1] located all around the world, in the Midi, Iberian Peninsula, British Isles, Oslofjord, Honshu Island, Korean Peninsula, Bluegrass region, Mixedwood Plains and in the Venezuelan Coastal Range.

Occitania was created by Babou Chkaya on September 15, 2015. The federation was modeled on the USSR and included some territories. As time went, the UPO opened up on the outside world, expanded and changed its political model to arrive at the current model, create during the renovation of the political system campaign.

The micronation is an asymmetric federation, it means that the federal members (calls federal subject) have more or less autonomy, depending of their constitutional statutes. The federal subjects are grouped by "constituencies". Power is exercised by a President/Prime Minister duo. The first is elected directly by the people and exercises its prerogatives, the second is the leader of the legislative majority, together they create the government. The parliament, the Vergadering is the unicameral national legislature of Occitania, it passes all laws, write and amended the constitution and supervises the work of the government.

The Occitanian Commonwealth, a intergovernmental organisation where the members share strong diplomatic, historical, political or cultural ties with Occitania is the most important international organisation of the country. Occitania is also a full member of the GUM (since June 12, 2017), of the International Agricultural Development Pact and Observer of the MicroFrancophonie.

Occitania is a mixture of two words. "Occ-", comes from the surname of the occitan language calls "lenga d'òc" (language of oc). "-itània" means "land of' in latin.

Main article: Timeline of the Popular Union of Occitania

The Popular Union of Occitania was found on September 15, 2015

The first territories were located in France, and northern Spain. The first elections were held in November 2015 and saw President Babou Chkaya elected. The micronation then took the form of a communist state. The micronation has made its first activities in the "MicroCommunity" on Twitter. On April 1, 2016 two mexican micronation made a coup d'état but it failed because of the international trust and support to the Chkaya's presidency. A few days later, new territories in France and Catalonia joined the union. In June 2016, Occitania made peace with the former opponents during the attempted coup. On August 4, 2016 was created the Occitanian Agency for International Development (OAID), marking the beginning of a national solidarity policy. During the general election of November 22, 2016 who were the first open-election, Chkaya was reelected with 68% of the votes. On February 8, 2017, a new territory in Lituania joined Occitania.

In March 2017 begin the "desovietization process" who means new policy of international opening, new national symbols, constitution and democracy. On May 3, the Republic of Tagtabazar located in Venezuela joined the union. On the second open-election, the Chkaya's coalition wins with 76% of the votes. Then new federal states joined the union: Himeji located in Japan on June 18, Oslovia (Norway) and Monkey Bay (Gibraltar) on July 1. On July 16, Occitania joined the Grand Unified Micronational, who is an intermicronational organisation based on the MicroWiki community. In the end of this month is founded the Occitanian Commonwealth. In the end of the year is launched the renovation of the political system campaign which changes the political model of micronation. During the December presidential election, Juan Cisneros is elected President of Occitania.

End of the Popular Union

After several months of inactivity, with most governors having stepped down, the majority of federal states withdraw. Tagtabazar declared it's own independence and one year later, the Union of Nova-Occitania was established thus replacing the old union.

Occitania was a federal, semi-presidential republic. The President of Occitania was elected by direct universal suffrage while the Prime Minister was the leader of the party with the most seats in Parliament, the Vergadering. Together, they form a government. The President and the PM govern in a duet, each with its own prerogatives. In Occitania, there were two sources of laws, in the first place the Constitution which was voted by the people in a referendum. The other was named Codex Occitania, it was a compilation of all the federal laws of Occitania. The federal elements could also have their own local Codex, only Tagtabazar had its own.

The distribution of political power in Occitania was delegated. The President was de facto all the powers that he delegates to the Prime Minister and then to the government.

The union is divided into four federal subjects system:

Occitania is one of the most visited micronations. Only three federal subjects are opened for tourism: Nata River Oblast, Autonomous Aragon Oblast and Kraï of Lyudi. They are all in free access.

The occitanian economy was broadly-based on the agriculture.

The Civil Guard was the law enforcement agency in the Popular Union of Occitania. The Civil Guard was in charge of investigations, road traffic and behavior monitoring. The security and the defense is in charge of the Occitania Self-Defense Forces. The Okhrana was the occitanian intelligence agency. Each federal subject was competent in criminal matters. Local judges appointed by the governors set penalties according to case law. The Federal Court of Babougrad was competent for web-crimes.

Occitania was a micronation of about 69 people of diverse origins, cultures, languages, and religions. The last census was held in January 2018. The Occitanian Government creates official ethnic communities in order to promote culture and guarantee the representation of each community. In Occitania there were four ethnic communities, the Catalans who were the most populous ethnic group in Occitania with 23% of the total population, the French people with 18%, the Spaniards with 8,5% and the Latin Americans with 7,25%. There were other important communities in Occitania like the Japanese estimated between 8 and 15% but they do not yet have an official group.

The constitution recognize two groups of languages, first the "administrative and official" who are French, language of the first territories and Afrikaans which is promoted by the Chkaya administration as lingua franca without political stance. This language was chosen because Afrikaans is described by several linguists and media as a language "easy to learn and understand". The other group ("official") is the spoken languages in the others territories : Catalan, Occitan, and Spanish. Despite the fact that there is no status, the English language is used by the Vergadering and ministries.

The Popular Union of Occitania has a rather open diplomatic policy, relations are made on a case by case basis and there are no restrictions, except with the virtual micronations. Occitania has opened more than fifty diplomatic relations. The UPO is an active member several international organization, including the GUM, the IADP and the MicroFrancophonie. There is also an Occitanian Commonwealth who gathers micronations sharing strong diplomatic, historical, political or cultural ties with the Popular Union of Occitania. Around the world, Occitania has three embassies, in Spain, United States and Venezuela.

The occitanian neutrality is included in its constitution.

There were two natonal roads in Occitania :

The original culture of Occitania comes from Occitania's historic region, located in Western Europe but since its extension on four continents, the UPO has been enriched by many other local cultures. 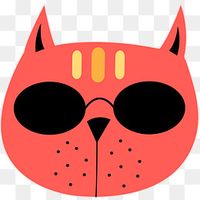 Logo of The Red Cat, the Occitanian Skype Lounge

Occitania encourages the creation and the music distribution. The country participates twice in the Microvision Song Festival (based on the Eurovision Song Contest) (in 2016, 2017) and finished twice in second place,despite being the most viewed videos of the competition. Since 2016, each year a national concert is created to elect the Occitania song for the Microvision. TV OC as also broadcast some musical programs such as the Slavic Music Festival or the Concert for Ukraine. 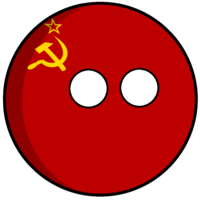 The national tree is the yuca.

According to the censuses, more than 90% of the Occitanians are believers. ​Despite this fairly large percentage, the government's social policy focuses on difference and minorities. The national religion is Violetism. Christians (especially Roman Catholics) are the largest religious community in the country. There are also Orthodox in Occitania. There is a small Jewish community in Occitania located in the State of Shalom.

There are varios medias in the country. There are two newspapers: Al Occitania (private) and Watan. In addition, there are four television channels: TV OC, TV CAT, Al Occitania TV and the First Channel. The private media is managed by the Occitanian Media Group.

There are plans to launch a radio station.

The Occitanian Football Team represents Occitania in the football's world.

The Popular Union of Occitania has a postal company : Correoc.

Main article: Occitania in the press