Shalom is a state in the french part of Occitania. Like every inhabited territory, it has a status of autonomy,[1] which allows this territory to consider itself as a Jewish State.

Shalom is a house, occupied by 3 people (all members of the french community in Occitania). 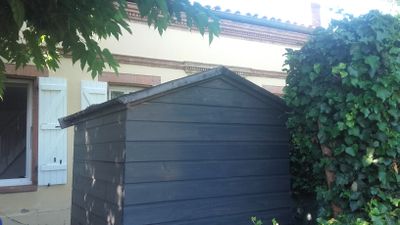 When the occitanian micronation was recreated, Maltemps and Verd were not part of the new Union of Nova-Occitania, but Shalom has returned with the constitutional status of "region". Some months later, the region has adopted its status of autonomy.

Logo of the political body of the region : the Conseil d'État

Since the reintroduction of the Occitanian micronation, the region has a political authority: the Council of State (Conseil d'État in French language). The President of the Council of State exercised alone all the powers of his community and is elected by the local population. The Council of State was first, only the institution of Shalom before being established in another region, Benyamin.

The Codex Blue is the collection of all the norms enacted by the President of the Council of State in authorized areas by the constitution of the Union of Nova Occitania. All the norms are legal in both Shalom and Benyamin.