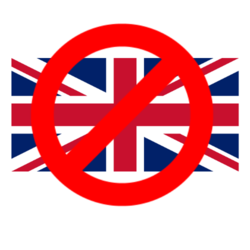 Image used in the Government Communication on Social Networks

The 2020/11 Presidential Decree, also known as the National Languages Decree, is a presidential decree published on the Union Bulletin on 19 April 2020 under the State of Emergency, with the aim of massively restricting the visibility of non-official languages, both inside the administration and in the in private communications.

This decree is very strongly inspired by the Charter of the French Language writer in French-speaking of Quebec. If this charter defends the exclusive use of the language of Molière, the decree here does not refer to any language in particular but to all of the official languages of the Union of Nova-Occitania, namely Afrikaans, Catalan,French and Occitan.

The Nova-Occitanian Constitution of 2019 provides in its article 4, a mechanism allowing a language to acquire the status of official language. A language must be considered as official language de jure in one of the territories of the Union. It is the case of Afrikaans in Babougrad, Catalan in Three Flowers, French in Babougrad, Shalom and Tartuga and finally Occitan in Tartuga.

Before this decree, the majority language used by the government is English, likewise in its communication to citizens while this language has no official status and is not endemic in Nova-Occitania.

Provisions of the decree

Language of Legislation and Justice

Article 6 offers an exception to this principl : The Administration drafts and publishes its texts and documents in the official language. Only texts intended for communication with the outside can be translated into another language. This translation must be visually minor. Minor visibility is a concept developed in Quebec or in Catalonia where the endemic language is visually more visible than the imported language. 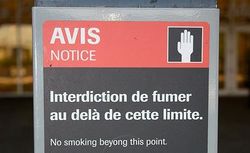 Internal communications between the various political powers are required to be carried out in an official language.

Article 8 says that to be appointed, transferred or promoted to a position in the Administration, one must have knowledge of the official language appropriate to this function. Finally Article 9 requires that the Administration uses only the official languages in the posting, except when health or public safety also requires the use of another language, use which must be visually minor.

Language and the Public

The last chapter finally indicates that all of the displays intended for the public must be produced in an official language. Any writing in another language must be visually minor.