Operation Rosa was a local operation, carried out in agreement with the City of Toulouse to erase tags, graffitis and drawings representing swastikas or hate messages made by fascist sympathizers. Soon after the beginning of the operation and even before the first actions, US micronations claiming fascism have "declared war" to Occitania. Thid one "does not worry because these micronations are childish and virtual. It focuses on actions that are listed on the Timeline topic".

On 29 January 2017, few minutes after the victory of Benoit Hamon in the French Socialist Party presidential primary, 2017, the occitanian president, Babou Chkaya triggers the Operation Rosa. It mobilizes in the first place the occitanian secret services (Okhrana), in order to destroy the fascist propaganda in Toulouse to prevent France from falling into populism. 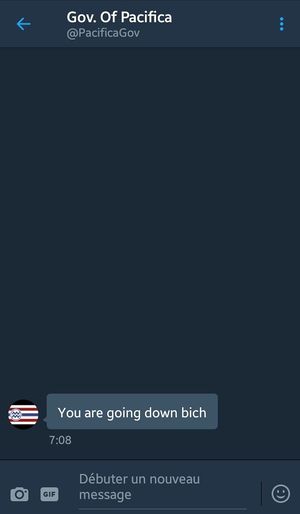 Missive send on twitter by the Government of Pacifia on January 30
Retrieved from "https://micronations.wiki/index.php?title=Operation_Rosa&oldid=1229646"
Category: