The State of Sorrenia was a protectorate state of Eresamia that existed throughout part of 2016 and 2017.

Sorrenia was previously a federation, dominated by successive left-wing governments.

After the application of emergency powers by Lewis, and a short-lived attempt by Federation loyalists to draft a new constitution, Sorrenia transitioned from the federation into a fascist state, with Lewis declaring absolute rule, recreating Sorrenia into an authoritarian dictatorship with a ceremonial monarchy.

The name "Sorrenia" is an adaptation of 'Sorrento', the name of a small town in southern Italy, near Naples.

The Sorrenian Federation was formed in 2013 after the dissolution of the Democratic People's Republic of Kozlova.

Sorrenia became a fast-growing micronation, attracting 30 citizens within around a month of existence. The micronation continued to be consistently active for four years, during which a unique celtic culture, a complex political system, regular military outings and a wide array of media and entertainment were established.

Throughout its history, Sorrenia gradually increased its land claim to encompass much of County Durham, as well as several exclaves throughout the world, including Gran Pais and Erem.

Sorrenia was perhaps best known for its often divisive political arrangements; the various elections that took place were consistently engaging, contributing to Sorrenia's longevity. Sorrenia also became known for its various military expeditions, with camping trips to Ertawa, tri-annual walking trips to Great Derwent and in June 2015, a joint military expedition between Sorrenia and Akebarian nationalists, seeking to depose their monarch.

Sorrenia also developed itself on the international stage, securing close working relations with Zirconic, Chico and Hortania, among many others. Leadership also developed informal relations with micronations including Lostisland and Mercia. Significant develops in foreign policy included a tumultuous relationship with Chico, often described as a 'cold war', and the creation of the Levaria Treaty, still utilised by several micronations to this day. At one point, the executive of Sorrenia also considered joining the Grand Unified Micronational, although nothing came of this. 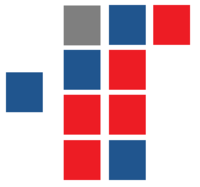 After four years of strength, Sorrenia gradually diminished in activity in mid-2016, exacerbated by many Sorrenians' focus on their personal academic lives, as well as a growth in dissatisfaction from opposition parties, who had failed to ever oust the left-wing government from power.

By February 2016, a de facto government of national unity was formed between the government and the created 'National Unity Party', a conglomeration of opposition parties. Despite this development, inactivity continued to plague Sorrenia, with the legislative agenda of the National Assembly grinding to a halt.

By March, government and opposition groups had met to discuss the creation of a new constitution. Leading figures sought to streamline politics, diminish the dominating role of the government and develop emphasis on Sorrenia's apolitical aspects.

A new constitution was eventually created, drafted by Martin Aquinas and Damian Billbrough; although most key figures supported its ratification, the resignation of one key opposition leader, as well as continued anger from Elizabeth Lewis diminished the effectiveness of the new constitution, which was ultimately abandoned.

As Sorrenia struggled to deal with stagnation, Rilgar Ompastre resigned from the Presidency; Elizabeth Lewis, then Prime Minister attempted to assume the position, although the constitution was ambiguous as to whether this could happen.

The vast majority of Sorrenians openly opposed Eren's power struggle, who left Sorrenia as a result.

By the end of 2016, a conglomeration of leading Sorrenians jointly wrote a public statement declaring the dissolution of the Sorrenian Federation and the Sorrenian project entirely.

The flag of the Student's State of Eresamia

Upon this joint statement, Elizabeth Lewis returned and seized power through a coup, creating the State of Sorrenia. Legislative, executive and judicial power were centred in Eren and the office of the 'Ceannard', while a ceremonial monarchy was established; Lady Admiral Brooklyn Hewitt was crowned king of Sorrenia.

Although early attempts were made to attract the support of several Sorrenian micronationalists, and Sorrenia's land claim was extended, the State of Sorrenia quickly fell into inactivity itself.

In the summer of 2017, the Ceannard decided to place Sorrenia under the protection of the Student's State of Eresamia, essentially dissolving Sorrenian sovereignty.

Although the State of Sorrenia continued to exist into 2018, by mid-2017 the micronation was effectively dead, and only existed as a land claim of Eresamia.

In early 2018, several workers councils began to emerge in the counties of Bowburn and Sherburn, largely led by minor ex-members of the Sorrenian Workers Party.

On the 30th of March, the Socialist League was created, unifying the workers councils in the attempt to re-establish the Sorrenian Federation.

The League quickly took control of the south and east of Sorrenia; on the 31st of March, League troops marched into Durham, seizing control of Levaria, the old capital of the Federation.

League success completely removed State troops from Sorrenia; after this brief success however, conservative, monarchist and centrist forces began to organise in the north and west of Sorrenia, aiming to create a new monarchy.

Ultimately, League troops were defeated and the Kingdom of Sorrenia was formed; by the 4th of April, the Royal Army had also defeated the Dradelian National Army and Morgannwgydd Royal Army, extending Sorrenian control into Dradelia and Amon Lasgalen.

Power was completely centralised in the Ceannard, a translation of 'Chief Executive' into Scottish Gaelic. The National Assembly was abolished, and all legislative activities were conducted by the Ceannard.

A monarchy also existed, although its powers were explicitly ceremonial in nature.

By Summer of 2017, power was officially transferred to the Principal of Eresamia; in practice however, all power was located in Eresamia immediately after the formation of the State of Sorrenia, and so this was only a ceremonial alteration.

The demographic makeup of Sorrenia was heavily impacted by the Student's State of Eresamia. 100% of citizens were Caucasian Americans. Eresamian religious influences included Spiralism, which culturally impacted the State (although it was never declared the official religion), and Islam.

The legacy of the State of Sorrenia, and its role in Sorrenian history has been debated significantly. Some assert that had Eren not pushed for a fascist coup, the Sorrenian Federation would have been able to survive with a new constitution and political framework; others have asserted however that the Federation would have died regardless, given the rampant inactivity and the failure to create a new constitution. Whether the State of Sorrenia was a cause of Sorrenia's death or a symptom therefore is debatable.

The State had a minimal impact on Sorrenia's culture. Eresamian influences were completely removed upon the success of the Royal Army in the War of the Sorrenian Succession, although Spiralism is still listed as a present religion in Sorrenia.

The State continued the practice of Celticism which developed in the Sorrenian Federation, which envisaged Sorrenia as the 7th Celtic nation; although this cultural ideology was accepted by the State, minimal efforts were made to advance progress already made prior to its existence.

Upon the development of the Kingdom of Sorrenia, Celticism fell out of favour, replaced by Northumbrianism which seeks to recreate Sorrenia as a culturally independent entity, modeled off the unique culture of Northumbria.