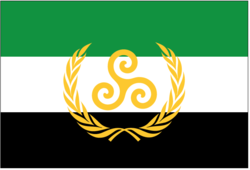 Celticism is a political ideology primarily found in Sorrenia, which aims to recreate the micronation as the seventh Celtic nation. Although historically popular in the Sorrenian Federation, Celticism has lost appeal, with Northumbrianism emerging as the new cultural norm. 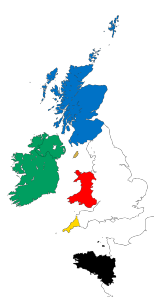 Celticism emerged as a political force around the mid-point of the Sorrenian Federation's lifespan. First adopted by the Sorrenian Workers Party, the cultural ideology was quickly adapted by others, including the NDLP, the Sorrenian Commonwealth Party and the Sorrenian Party for Freedom and Democracy.

Celticism began with the introduction of the Welsh language as Sorrenia's official secondary language - this was eventually replaced with a unique Sorrenian Brittonic language.

Celticism remained the cultural norm throughout the rest of the Federations' history, and was rarely contested. Sub-regions of Sorrenia such as Amon Lasgalen developed a unique strain of Celticism, of a Welsh variety.

Upon the decline of the Federation and the formation of the State of Sorrenia, Celticism essentially disappeared, and was only ostensibly used.

With the re-emergence of Sorrenia as a Kingdom, one may have expected Celticism to similarly re-emerge. However, King Ronald heavily endorsed Northumbrianism, the cultural ideology that Sorrenia should recreate itself as the successor to the Kingdom of Northumbria.

Although Celticism is now rarely espoused by Sorrenian politicians, its influence on the micronation is immense. It remains most alive in Amon Lasgalen, which continues to proudly display its Sorrenian-Welsh heritage. 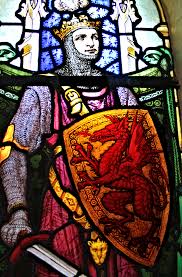 Although first adopted by the Sorrenian Workers Party, Celticism was quickly adopted by all the major political parties of the Sorrenian Federation. It was most notably espoused by the SWP and the Commonwealth Party, with the NDLP often endorsing sub-regional identities alongside a wider Celtic patriotism.

Celticism is not adopted by a single major party in the Kingdom of Sorrenia, all of whom instead adopt Northumbrianism; while the two cultural identities are not necessarily exclusive, they are in practice.

The only Sorrenian party to adopt Celticism is the Lasgalen Revolutionary Front, a small separatist party who wish to restore Amon Lasgalen to independence as a distinctly Celtic micronation.

Celticism generally involved support for, and celebration of, the following:

While Celticism was widely accepted, some early criticism did emerge out of a worry that Celticism would necessitate the abandonment of Sorrenia's multicultural status. The NDLP most vocally expressed this concern, and sought protections for smaller ethnic groups such as Sorrenian Slavs and Norwegians.

Such criticism did not generally conclude that Celticism should be rejected; rather, it encouraged a simultaneous welcoming of other local minority cultures alongside a wider national Celtic identity.

Upon the emergence of Northumbrianism as a political force, criticism of Celticism became more direct and all-encompassing. The ideology was mocked as celebrating a long-deceased element of Northern England's history; in contrast, Northumbrianists sought to include a pantheon of cultural elements, dating from the early middle ages to the modern day.

Many Northumbrianists actively sought to identify Celticism as antithetical to their own cultural movement; some also related it to secessionist movements such as the Lasgalen Revolutionary Front.

Due to this significant criticism, Celticism has entered a state either of dormancy or death; while most Sorrenian politicians do not actively criticise Celticism, few endorse it either, and as a result the cultural ideology has been resigned to an element of Sorrenia's history and an insurgent ideology in the form of the Amon Lasgalen secessionist movement.