The old flag of Ertawa

Ertawa is a region contained within the Prince Bishopric of Durham in the Kingdom of Northumbria. It was at one point an important state and county within the Sorrenian Federation and the Kingdom of Sorrenia respectively, and came to be renowned for military exercises undertaken in the area by the armed forces of Sorrenia. 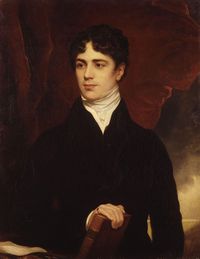 Richard Brooker, an Ertawan, was instrumental to the 'Great Expansion'

Ertawa was first claimed as a territory of the Sorrenian Federation and was its smallest claim. It consisted of no more than several acres of woodland, owned by the President's family. This woodland came to function as a preferred spot for military exercises conducted by the Sorrenian Revolutionary Army, who regularly camped there during the summer months.

Over time, Ertawa was extended to include the surrounding area, including the village of Brancepeth. It joined contiguous Sorrenia when the town of Langley Moor was claimed and included within Ertawa.

The Kingdom of Sorrenia was founded as a result of the War of the Sorrenian Succession which began in the neighbouring area of Bowburn. Ertawa was mostly untouched by the war in its early days, but was invaded by Morgannwgyd forces led by Harry Jones when the Royal Army of Sorrenia invaded the independent state of Dradelia.

Though Minister of Internal Affairs Richard Brooker (himself MP for Ertawa) sought to abolish the old Sorrenian counties in Durham during the 'Great Expansion', he was ultimtely unsuccessful due to significant pushback, and Ertawa remained a separate county throughout the duration of the Kingdom of Sorrenia's lifetime. During this time it was heavily romanticised as a symbol of Sorrenia's natural beauty and military strength.

When Rilgar Ompastre, Harry Jones and Martin Aquinas established the Kingdom of Northumbria in late 2020, it was decided that they would not resurrect the old Sorrenian counties, instead creating counties based on geography and historical claims. Ertawa was therefore integrated into an enlarged Prince Bishopric of Durham. Ertawa's importance gradually faded, as the new Royal Army of Northumbria preferred expeditions in Derwentside, Hexhamshire and the City of Durham. It now exists as little more than a footnote in Northumbria's history.

Much of Ertawa is a spruce woodland where extensive naturalisation together with selected broadleaf planting has made for an interesting and more natural woodland.

Sycamore, elder, beech and oak soften the edges of the wood, whilst within, colonising birch are well established. Where shafts of light pierce the canopy, fern and sorrel carpet the needle litter in a verdant splash of colour. An overnight camp in the level glade is not to be missed. As the evening quiet descends a wide variety of birdsong reveals the many species settling down for the night.

A small seasonal stream, Caliph's Gill, bisects the area in a shallow valley, emerging into the farmed landscape. From the vantage point of the wood edge are wide and far-reaching views across and up and down the valley holding Stockley Beck below. Excellent conservation and management opportunities present themselves as do nature watching and outdoor recreation.

In times gone by the Roman legions marched through Ertawa, as they headed north on Dere Street, to Hadrian's Wall and the Pictish lands beyond. Nearby Brancepeth Castle was subject to many changes of ownership as the monarchy changed and old allegiances went sour. More recently, wealth from Durham's coal enabled a more settled future for the building as a museum.

This part of County Durham is characterised by gentle valleys with open fields and expansive vistas. Brancepeth Village has plenty of fine buildings including the grand Brancepeth Castle. Nearby is Dere Street Roman Road.

Ertawa's local economy is small, and most inhabitants commute to larger towns and cities such as Durham, Newton Aycliffe and Bishop Auckland. Most of the region is sparsely populated and agrarian in nature; crop and sheep farming dominate the local landscape. Langley Moor - the only major settlement in Ertawa - is a former mining village, and is located just a few miles south of Durham. It possesses a small high street which includes three pubs, a hotel, a church, two schools and several shops. Brancepeth Castle ocassionally hosts special events, and its golf course is open to locals. 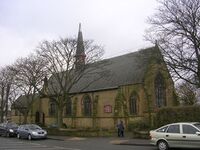 Ertawa today is mostly remembered for its military history, both as a site for military camps and expeditions, and as the site of the penultimate battle which created the Kingdom of Sorrenia. The area, like much of Durham, is renowned for its natural beauty, historic buildings like Brancepeth Castle and its expansive vistas. Ertawa is often seen to represent a certain vision of Sorrenia and Northumbria, encapsulated by the old Christian Alliance and the contemporary Christian Democrats who envisaged Durham as a marriage between the urban pit towns and the rural villages which together make up much of County Durham.