Bowburn is a town located in the Kingdom of Northumbria, and previously a county and state within the Kingdom of Sorrenia and the Sorrenian Federation respectively. Upon its creation, it became a central hub of activity within Sorrenia, and was the de facto seat of power for several years as it housed the Presidential Palace and the headquarters of the influential Sorrenian Workers Party. Bowburn, now contained within the Prince Bishopric of Durham has since developed a unique left-wing subculture, and remains a fascination among Northumbrians. Though the term 'Bowburn' more accurately refers only to the village of Bowburn itself, many continue to use the term to refer to the area contained within the old state and county of Bowburn.

Bowburn is named after the shape of a small 'burn', a stream that flows to the west of the town.

The State of Bowburn's coat of arms

Bowburn was first claimed as a state of the Sorrenian Federation in 2014 when the president of Sorrenia moved to the town. It contained more than the town itself however, stretching from Maiden Castle in the north to Coxhoe and Ferryhill to the south. The large overgrowth of trees atop the Maiden Castle hills functioned as a wall between Durham and Bowburn, further entrenching Bowburn's image as a separate entity unto itself, clearly distinguishable from Durham city and state.

Bowburn quickly developed as a hub of political power, as it hosted the Presidential Palace, the headquarters of the Sorrenian Workers Party and the offices of the influential newspaper the People's Pravda. This influence did gradually diminish however, as greater power was centralised in the capital of Levaria and the presidency transitioned. Nevertheless, Bowburn remained one of the most important states of the Federation, and was a reliable source of support for the Sorrenian left.

Bowburn is sometimes cited as the birthplace of the Kingdom of Sorrenia, as left-wing dissidents from the town who created the Socialist League triggered the War of the Sorrenian Succession which ultimately gave rise to the kingdom. On the 30th of March 2018, the Socialist League (headed by Adam Scargill) announced their decision to reform the Sorrenian Federation, and marched on the city of Durham. By the 31st of March, they had seized Levaria, the historic capital of Sorrenia, and announced the recreation of a Sorrenian Federation. Meanwhile, right-wing and monarchist dissidents in the north and west of Sorrenia rushed to stop the advance and install Ronald of Sorrenia as King of Sorrenia. They ultimately persevered - the Socialist League was chased back to Bowburn, and later routed to the town of Horden in east Durham.

Bowburn retained its pre-kingdom borders, and once again established itself as a hub for left-wing dissidents, hosting the headquarters of The Republicans, a political party formed by offshoots from the Socialist League. Members of the Royal Army often chose not to patrol the county due to its reputation for left-wing dissident politics. When Minister for Internal Affairs Richard Brooker attempted to abolish the old Durhamite counties and merge them into a single Durham county during the 'Great Expansion', he faced significant backlash, and was forced to relent. 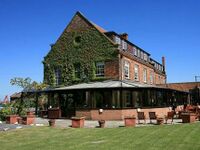 The resignation of Martin Aquinas, Bowburn politician and one-time President of Sorrenia from the leadership of The Republicans led to a deep divide in the county. Despite the county's left-wing reputation, they narrowly voted for Aquinas in the November 2018 general election, who had defected to the NDLP.

When Rilgar Ompastre, Harry Jones and Martin Aquinas established the Kingdom of Northumbria in late 2020, it was decided that they would not resurrect the old Sorrenian counties, instead creating counties based on geography and historical claims. Bowburn was therefore integrated into an enlarged Prince Bishopric of Durham, and included within a parliamentary constituency containing the entire City of Durham (as is the case in British parliamentary elections). It was however able to recapture its status as a hotspot for left-wing politics. The People's Pravda was reformed, and its proscribed status and reputation for fierce criticism of the Northumbrian government gave Bowburn an 'edgy' reputation. When other political parties were allowed to be formed in January 2021, the Socialist Party chose Bowburn as the site of their headquarters. 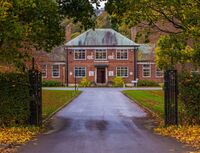 Bowburn is located approximately 5.5 km (3.4 miles) from the centre of Durham, its nearest city. It is predominantly surrounded by farmland, in keeping with its early history as a farming hamlet. It is located on a hill, which ascends in the village of Shincliffe to the town's north. Towards the east, the M1 - the longest motorway in Great Britain - connects with the town of Bowburn. A number of other ex pit towns also exist near Bowburn, including Coxhoe and Ferryhill. To the north, a long chain of hills covered by forest separate the city of Durham proper from the Maiden Castle area which was traditionally part of Bowburn. A single road connects the two areas.

Like many towns and villages in the Durham area, Bowburn's economy was closely linked to coal mining. Several mines were sunk in the area during the 19th century, and extensive development began in 1906, at its height employing 2500 people in the 1950s. The colliery complex was closed in 1967, and the Bowburn South Industrial Estate now resides over the old mine. Bowburn's two industrial estates now employ a significant section of the surrounding population, compounded by the construction of a new Amazon warehouse just south of the village. Most other inhabitants commute to nearby settlements such as Durham, Newton Aycliffe and Middlesbrough. Bowburn's small high street consists only of several shops, two barbers, a town hall and a pharmacy. Bowburn Hall Hotel is also located within the town. 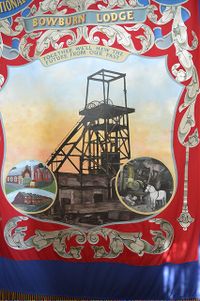 Due to its left-wing character, Bowburn received the moniker 'Little Havana', in reference to the communism of Cuba. Though this initially referred to the part of Bowburn which housed most of the area's left-wing organisations, it later began to apply to the village as a whole, and its unique subculture. The state's first flag was an adaptation of the flag of Cuba, and during the Celtic revolution (when Sorrenian politicians sought to re-present Sorrenia as a Celtic state), this was changed to an Irish harp with a red banner on a green background to represent both the area's Celtic history and its socialist tradition.

Like most towns in Durham, Bowburn sends a march to the Durham Miners' Gala, the largest socialist meeting in Europe which regularly attracts upwards of 100,000 attendees.

Aside from the presence of the Sorrenian Workers' Party's headquarters and the offices of the People's Pravda, Bowburnite Sorrenian citizens were renowned for their radical traditions, generally placing them on the left of the nation's left-wing parties. This remains true today - the contemporary People's Pravda for instance generally embraces a libertarian socialist line, and is far more critical of the Northumbrian monarchy, aristocracy and its religious identity than the Socialist Party. Another nickname often given to Bowburn is the 'Red Hill', emphasising not only Bowburn's socialist heritage but also the fact that for a long time, it acted as something of a 'fort' for left-wing dissidents who acted somewhat independently from state control under the Kingdom of Sorrenia. This is partially true even today - despite the NDP's continued proscription of the People's Pravda, at no point has it been forced to stop releasing publications.