The Mezerizeb people are a small Ethnoreligious group found predominantly in Dunelm, within the Kingdom of Sorrenia.

Kozlova's close alignment to communist ideology and imagery angered many of its populace, spurring on the creation of many disparate sub-identities throughout the micronation. While almost all of them died off quickly, a common belief in Christianity, respect for tradition and opposition to communism present in several rebellious sub-identities allowed what would become the Mezerizeb ethnicity to survive.

Opposition to Kozlova reached its zenith in early 2013, during which several key Kozlovans rebelled, forming the two rebel states of Aztoka and Yavaria. Due to their proximity (both were located in the City of Durham), the two worked closely together.

The rebels were ultimately successful and Kozlova was abandoned, replaced with the Sorrenian Federation. Although Yavarian/Aztokan independence ended, their success fostered a continued wariness of the left-wing in Sorrenia, again allowing the identities to survive as small fringe cultures.

The support of Matthew Bollands, the Governor of Filostonia ensured the survival of the Mezerizeb people

The greater appreciation for culture in the Federation allowed subcultures to thrive. What had been the Aztokan culture eventually became the Amon Lasgalens, a Welsh Anglican ethnicity located in Amon Lasgalen.

The remnants of the Yavarians also sought to protect their fledgling identity. Lewis Wild worked on the creation of the Mezerizeb language, and although the federal government was ambivalent, the governor of Filostonia was sympathetic to the Mezerizeb people, and so sought national recognition. Although this was never granted, the Mezerizeb people were never persecuted, and so formed a small niche within the Sorrenian state. 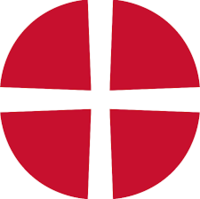 The Mezerizeb people are Methodist, in contrast to most of Sorrenia

Despite an interregnum of several years during which Sorrenia was effectively deceased, the Mezerizeb people held onto their identity. Upon the ascension of King Ronald, they were granted official status as an ethnic group in Sorrenia.

Some Mezerizeb people worried that the return of Catholicism to Sorrenia would result in their persecution, however King Ronald continued to afford them certain privileges. The Mezerizeb Church continues to operate within Dunelm (where almost all Mezerizeb people are located). Given their small size, the Mezerizeb people are treated not as a substantial ethnicity of Sorrenia, but more so as a protected culture. Their association with Methodism in contrast to most of Sorrenia also helped to foster this status. 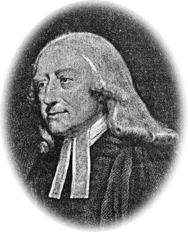 John Wesley founded the Methodist movement in the 18th century

The Mezerizeb people are a Methodist religious group. While Methodism has some following in Sorrenia (with many Methodist churches throughout) it remains a minority.

The Mezerizeb people are perhaps the most visible Methodists in Sorrenia, but constitute a small number of the Methodist population, with two churches in Dunelm and one in Bernicia.

Their Methodist beliefs have combined with other elements of the Mezerizeb identity. The Mezerizeb Church places additional emphasis on family and cohabitation with other religious and non-religious sects.

The term 'Mezerizeb' was first used in relation to the Mezerizeb language, an artificial language created through the alteration of several English language rules.

The language is not widely spoken and is not as fundamental to the culture as language is for the Dradelians or Amon Lasgalens. However, prayers are occasionally spoken in Mezerizeb, and official documents are often released in the language.