The flag is a saltire with a dark green background and a red cross. 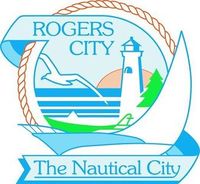 Rogers City - now the entirety of Gran Pais' claim - has remained a small settlement with a proud nautical tradition. Fishing on Lake Huron has remained one of the city's primary industries, alongside its limestone quarry.

In 1958, the freighter SS Carl D. Bradley sank in Lake Michigan, in which 33 sailors lost their lives and only two survived. Many of those lost were inhabitants of Rogers City.

Despite its name, Rogers City is a small settlement, with a population of 2800.

Gran Pais was originally formed as a Republic in the American tradition by Devon Jonathan Kearney and Emmanuel Terranova.

Very quickly, the micronation developed a reputation for being childish, with Kearney declaring war on several other micronations in a short period of time.

Eventually, after around a year of existence, the Republic was demolished in a coup, lead by Terranova and the Unified Socialist Party with aid from Sorrenia. After this, Gran Pais became a territory of the Federation. 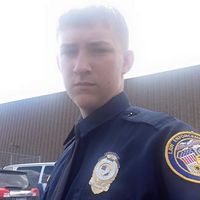 Devon Kearney, the founder of Gran Pais and Milinton

Originally, Gran Pais also claimed a small plot of forest owned by Kearney near Rogers City. Around a year after its integration into Sorrenia, this section split of peacefully and formed a second micronation, again under Kearney's leadership.

Once again, it built up some notoriety for being childish; once several citizens were banned after defeating Kearney in an election, he declared a dictatorial regime, although this only lasted shortly.

Eventually, those citizens who won the election took over and formed a People's Republic, ruling the micronation in the form of a Soviet. After several treasonous acts by Kearney and the declaration of a civil war, Milinton was ultimately disbanded.

As the Milinton crisis occurred, Gran Pais proper remained part of Sorrenia. Upon Sorrenia's decline, Kearney asked to be allowed to reform Gran Pais as an independent micronation which he was granted.

Little was done in this independent state, as Kearney later left micronationalism altogether. Upon the Kingdom of Sorrenia's emergence, Gran Pais was reclaimed due to its historic importance.