The Occitanian legislative election, December 2017 will be the 6th parliamentary election of the Popular Union of Occitania. The vote will take place on December 20, 2017, the same day as the first presidential election.

Three lists from left and center compete in this legislative election, first the former legislative majority, the common list Esquerra!/Montserrat who have been in charge of the UPO since its creation.The candidates in this list have a strong local inking Then the old legislative opposition of the Progressive Independent Party, the second Occitanian political party that has moved his ideology to the center in the political chess and finally the Agrarian Socialism - Communist Party former ally of Esquerra! who is now fighting for power alone with his far-left ideas.

In the Popular Union of Occitania, everybody, occitanian or not, may be a candidate by completing this form. The closing date for applications is 17 December 2017.

Legislative elections are held every six months in the Popular Union of Occitania. The four deputies are elected on federal lists and proportionately.

Renovation of the political system campaign

This election puts an end to the renovation of the political system campaign. This campaign is a series of organic laws and constitutional amendments aimed at drastically changing the mode of elections and the individual powers of the occitanian leadership positions. This is the first time that the Occitanian deputies are elected proportionally.

After launching separate candidacies, both parties formed a joint list that was tabled on December 7. This includes first as head of the list President Babou Chkaya, the President of Three Flowers Vicent Branchadell, the Governor and functionary Ivanna Minaïeva and finally the Governor of Sezentrania, Daniel Lee. The purpose of this common list is to create a left-wing pole after the disappearance of the Union of the Left coalition.

Vicent Branchadell is also a candidate in the local election of the representative of Three Flowers in the Vergadering. None of its two parties submit candidates to the Occitanian presidential election, December 2017 which takes place the same day. Also, Esquerra! and Montserrat do not support a candidate in this election and prefer to focus on the legislative. For this legislative election the two parties have published television spots that are broadcast on the Occitanian medias.[1][2]

The Progressive Independent Party tabled its list on December 7th. It includes 3 names on the 4 seats to be filled. This includes as head of the list the President of Tagtabazar, Juan Cisneros then the Governor of Bayarri Lluís Esteve i Rando and the Governor of Himeji and General of the Occitania Self-Defense Forces, Vladimir Novikov. In the perspective of the elections the PIP has changed its name and ideology. Indeed, before December 5, the party was called the Party of Industrialists and Peasants and supported as ideology Agrarianism and Workerism. These changes did not affect the logo and party initials that remain PIP. 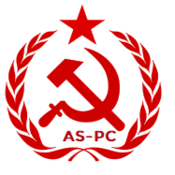 Former member of the Union of the Left coalition, the Lorena Serantes party like the PIP began transformations in order to participate in its elections. Indeed on December 9, 2017 the party officially changes its name and ideology. First presented as Marxist Leninist and Galician nationalist, the party will open up and abdicate this cultural characteristic. He adopted the Agrarianist ideology, abandoned by the PIP. The name of this party has also changed, the former Communist-Galician Nationalist Party is now the Agrarian Socialism - Communist Party. For this election, only Lorena Serantes is present on the list.