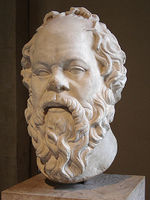 Socrates, an idol for the Kossian population

The culture of Koss refers to the cultural life and traditions of the Federation of Koss. As a south american micronation, the latino traditions and customs have a great impact and influence in its culture. The culture is also largely influenced by the the Grand Duchies of Luxembourg and Tuscany.

Koss has a very rich literature scene, great writers go from Leon Frajmund to Lucas Campos. Citizens write mostly poetries, poems and short stories. There have been ongoing talks within the State Assemblies to create an Academy of Letters (in Portuguese: Academia de Letras, in Koza: Akjademié ave Pijmeno) so writers can publish their work with the certificate of quality of the Academy.

Famous works include the Brasilia 52 Anos,[1] an hamoge to the capital of Brazil on its 52th anniversary, by Lucas Campos and Another Summer Love'[2] by Vitor. Most compositions are written in portuguese due to it being the mother language of all Kossians.

Short-stories are produce on regular basis, a well-known composition is the A dream coming to reality or reality coming to a dream?[3] written by Lucas Campos.

A National Archive is being create by the Government of Koss to store any and every composition written by any citizen.

The Beatles are a traditional song in Koss.

Tiesto is a very popular DJ in Koss.

Little is known about Kossian musics. Surveys says the wide general interest in music and musical activities in Koss is house. Djs such as Tiesto, David Guetta, Afrojack and Dirty South are the most popular in the region. The government is hoping to introduce two main venues for house music in Koss, the first one the Red Radio FM for electro house and the Blue Radio FM for soft house.

Another popular type of music is rock, bands such as AC/DC, Metallica and mainly the Beatles are listened to daily by the Kossian population. Currently there isn't any venue of rock nor there is any plan to introduce one.

Logo of the National Archives of Koss

The National Archieve is an ongoing project created by the Governor to promote the literature in Koss.

Brigadeiro, a common desert in the region

In the Federation, a very common dishe is the croissant, the pain du chocolat and the natural orange juice. It is traditionally served in breakfast. This dishe is due to the heavy french influence in the region. A common dessert is the brigadeiro, made from condensed milk and chocolate powder. A very traditional lunch consists of rice, beans and the picanha, generally served undercooked. Koss is also known for its mashed potatoes, generally served with a main course and a side dishe.

In the evening, Kossians generally enjoy some pieces of chocolate cake with coconut water. It is not traditions for Kossians to dine on weekdays, dining is a reserved tradition only realized on Friday and Saturday. 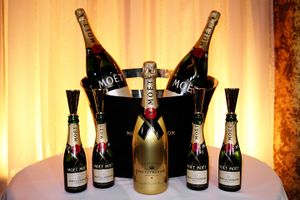 Champagne is the most "classy" drink in the region

Although no alcoholic drinks are produced in Koss, Kossians often appreciate a heavier alcohol such as vodka and absinthe. In parties, although, the situation is quite different, kossians usually drink champagne and beer in such occasions as it is more elegant.

On 2011 there was a bar called Mello Yellow Jellow which was opened on weekend and contained a variety of drinks from the traditional Heineken to the strong Belvedere. The bar was shot down due to people often passing out from having too many drinks.

It was a customary in Koss to drink redbull with vodka, usually Grey Goose or Belvedere, but this was before an article[4] was released informing people about the dangers of redbull and vodka combined, it appears that mixturing the two is the same as mixing alcohol with cocaine, after the article's releseament, the Grand Duke issued a law prohibiting people to drink the cocktail.