Lucas Campos (born 5 October 1997) is the Anax of Koss. Formely the 3rd First Ambassador of St.Charlie and the last Grand Duke of Koss Campos is the founder of the now defunct Republic of Koss and was also its Secretary of State until its last day in existence. Campos was responsible for the treaties between the Nemkhav Federation and the Republic of Koss; assuming the Presidency of the Republic of Koss in Nemkhavia until it was replaced by the Kossian Authority (in which he was one of the leaders of the Privy Council). When the monarchy was installed in Koss in the form of a Grand Duchy he rose as the Grand Duke of Koss. He was also the Minister for the Economy for the Nemkhav Federation. On 15 January 2012, he declared independence from the Nemkhav Federation. On 2 March, the Principality of Montriac and the Grand Duchy of Koss merged to form the Kossian Empire, with Campos as the monarch. On 18 April, the Empire was dismantled. He joined St.Charlie on 2 June 2012. By 2015, St.Charlie had grown largely inactive, rising up a popular movement in Koss, lead by Campos, to break away from St.Charlie and on 19 July 2015, Koss declared independence, and Campos assumed the position of Anax.

Campos was born in Brazil in October, 1997, he has lived in the United States, France and Portugal, graduating from the American School of Brasilia in 2015. Campos currently studies Business in UniCEUB in Brazil. 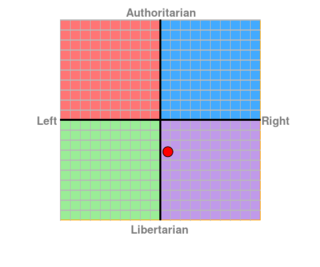 Campos always wanted to form a country, he began to look at the attempts made by people, until one day he found out about a new unrecognized country called Sealand, he was amazed by the fact the a place as simple as a "petrol base" could declare independence. He began to search for more so called "micronations", and one thing let to another and he suddenly found himself at the MicroNationsWikia, he was just an observer for a long time (6 months) until he built his first micronation, the Republic of Koss, the Republic lived about a month before joined the Nemkhav Federation.

Seven months after "Nemkhav Koss", Lucas decided to change the form of government of Koss. Lucas passed the Kossian Act, which established the Kossian Provisional Government until the Monarchy was installed on November 13.

Campos's full style is as follows