The Grand Duchy of Koss was a micronational entity located in the Federative Republic of Brazil. It was the direct successor of the Kossian Empire. It was the leading nation of the Austral Economical Union, a full member of the Grand Unified Micronational, and a founding member of the League of Capitalists. It was part of a nation project created by Lucas Campos in 2010 as the Republic of Smint. It was established on April 18, 2012. The Grand Duchy joined the Federal Republic of St.Charlie on June 2.

On June 15, 2010, Lucas Campos, under the name of Keko Smint, founded the Republic of Smint. The Republic claimed land in Antartica and was involved in a conflict with Antarctica's Elain of Atilnia. Smint later fell inactive.

After the unsucceseful attempt to establish a micronation in 2010, Mello left the community, returning on April 25 of 2011 with the First Kossian Republic under his command as President. After a reform, approved by the Council of Ministers, on April 27, President Lucas Campos resigned in favor of Isabela Mello, who was made the new President by the Kossian legislature, becoming one of the leaders of the Republic. Being the other one, the President of Internal Affairs, Lucas Soares. Isabela Mello appointed Lucas Campos as the Secretary of State of the Republic.

In the beginning of June it was announced that the Nemkhav Federation would be accepting new states. Negotiations between the Kossian Secretary of State, Lucas Campos and the Nemkhav President, Mark Meehan soon began. On June 5 the Republic of Koss became part of Nemkhavia, being the first state to ever join the Federation.

Koss as a Nemkhav Republic

During the period in Nemkhavia, the Republic suffered many changes such as its flags, its anthem, its COA as well as its customs and traditions, the Republic was becoming a real example of a Nemkhav State. The Republic lived for five months before it was dissolved, replaced by the Kossian Provisional Government

Five months after joining the Nemkhav Federation as a Republic, the President, Lucas Campos, notice the sudden need for an change in the form of government, as a way to increase internal activity. On November the 7th, the President, Lucas Campos, passed the Kossian Act, which determined: the disestablishment of the Republic of Koss, the establishment of the Kossian Provisional Government until the Monarchy was installed. The Provisional Government was governed by the Privy Council which counted with all citizens of the former Republic, the Council made all plans and decisions regarding the future monarchial state.

Grand Duchy of Koss in Nemkhavia

After seven days of planning and preparing, the Privy Council established the Grand Duchy of Koss, nominating Mello as the Grand Duke. The monarchy was a success, the internal activity had increased in an outstanding way. The Grand Duchy was ruled by the Grand Duke, with the help of the Royal Council as an advisory body. When the Kingdom of Pristinia left the Federation, due to a major internal dispute, the Grand Duke began to think if Nemkhavia was really the best thing for Koss. After discussing the proposal with some experienced micronationalists, Mello decided to secede from the Nemkhav Federation.

On January 15, 2012, Koss declared independence from the Nemkhav Federation. Since the seccesion, the Grand Duchy prospered as a nation throughout the community. The royal state was responsible for the creation of the Austral Economical Union along with the Principality of Montriac.

Koss and Montriac had every time closer diplomacy, talks and relations. The two nations where the most active micronations in the South American region, and they where getting to a point of conclusion. The idea of a merge between the two royalist states was very soon to appear, but the governments of the two nations took it well. The original pointed date for the union was March 1, but it was moved to March 2nd thanks to the benefits of having the future Emperor, Lucas Campos, in its home state; after a tour over France and Germany.

The Great Depression of Montriac

On March 2012 the Montresque community witness its first great depression, called depeçi da lit. The population, thanks to the taxes imposed by the government, was slowly losing interest in the micronational project and even leaving Montriac. This also caused a rupture in the economy that led not only to the drain of the Montresque reserve but also an external debt, a 10% of the last recorded amount of money saved in the reserve. The government in base of the Archduke's advice, convinced a small part of the population to stay in the Archduchy, knocking down the tax affair. The population descended a 66.6% of its size. After this, the government was broken, many governmental officers had left and the interest of the citizens for the Montresque politics was almost nonexistent; and because of this, the Prime Minister decided to order an absolute monarchy under Lucas I until a new better government system can be applied, and the interest of the citizens is recovered.

*"Montriac will not be considered the successor of the Kossian Empire"

The terms of the letter were heavily criticized by the Premier of the time, Richard Garrshire., who refused to accept the stipulated conditions and decided to seek for external support. After a rapidly but violently conflict between the two parties, the Montresque President Ysabel Rojas agreed the conditions stipulated by the Kossian Emperor Lucas I in the Montriac letter[1] sealing the "crisis".

With the the sudden leave of Montriac, many began to inquiry as to whether the Empire would be dismantled. Even after the release of an article in the Kossian Gazette,[2] the future of the Empire was uncertain, the People and the Royal Council were fearing for the end of the Realm. On March 28, the Principality of Jaankecil joined the Empire, extinguinshing any doubts about the continuity of the Monarchy. A week after the Principality was accepted in the Realm, the Prime Minister of Jaankecil, Yury Zozulya informed the central government about a rebellion that was happening in the princedom. The Prime Minister informed that the lack of support by the population for a non-communist state was huge, soon, Leader of the opposition, Syam, entered in contact with the Kossian Emperor and explained that Jaankecil would be either conquered by force or by the Koss ceding the land, after talks between the Monarch and the Prime Minister, it was decided that Jaankecil would be a free country once again.

An article[3] published in the Kossian Gazette authored by the Grand Duke was released on April 12, explaining what would happen now that Jaankecil was gone. It was decided by the Estates of the Realm that the Empire would be dismantled, and the 2nd Grand Duchy of Koss would take its place as the only successor in April 18.

The beginning of a new Era

After the negative results of the Empire, the Royal Council decided to dismantle the Empire and create a new state. The successor of the Realm would be the Grand Duchy of Koss, its structure of government would be different from the first one, the Royal Council also established the Grand Duchy as a cultural economical and political entity rather than an economical and political one.

The politics of Koss was conducted within the framework of a reformed elective monarchy, whereby the Royal Chancellor is the head of government and an elected monarch is head of state. The judiciary is independent of the executive and the legislative branches.

The Executive branch of Koss, was vested by the Royal Chancellor and the Grand Duke. Jointly, they took care of leading the state administration (a kind of a "Home Office" but often with foreign political duties). The last Royal Chancellor is Luiza Portes and the only Grand Duke is Lucas Campos 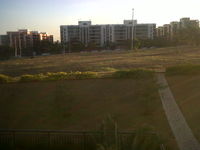 Koss was divided into 8 sub national monarchies (Monarquias Nacionais), which were gathered into 2 groups of provinces by location.

Each province was divided into cities and municipalities. As of 2012 there were 9 cities (cidades). Sometimes, the Crasager and the regions surrounding, Rio Brilhante, Bravia, Pontava and Nilza, were referred to as Greater Crasager (Grande Crasager).

The national monarchies were:

Koss was a moderate size micronation regarding area. It was smaller than Renasia and slightly larger than Austenasia.

Koss was home to two distinct geographic regions, partly corresponding to the national monarchial groups. The south of the country, often referred to as the Mainland, situated in the city of Brasilia at an altitude of 1000–1200 meters above sea level called the Brazilian Central Plateau, whose topography was mostly flat, with some slight ondulations. The flora corresponds to the typical predominantly domain of the Cerrado.

The northern part of Grand Duchy lied on the mouth of the Hudson River, approximately 100 meters aove sea level. It was the only settlement of Koss outside of the South American continent.

The southern part's climate was a Tropical savanna climate, with a wet summer and a dry and relatively cool winter. The average annual temperature was about 21 °C, and may reach 29.7 °C in September and 12.5 °C in winter mornings in July. The dry season lasts from late March or early April to late September or early October, though there was commonly some rain also in late May. Humidity averages about 50% during the dry season, but often fell below 30% around noon.

The Kossian northen enclave had a humid subtropical climate. The area averaged 234 days with at least some sunshine annually, and averaged 58% of possible sunshine annually. Winters were usually cold and damp, and prevailing wind patterns that blew offshore minimize the moderating effects of the Atlantic Ocean; yet the Atlantic and the partial shielding of the Appalachians kept the area warmer in the winter than inland North American cities located at similar or lesser latitudes such as the american cities of Pittsburgh, Cincinnati, and Indianapolis. The average temperature in January, the area's coldest month, is 32.1 °F (0.1 °C). However, temperatures in winter could for a few days be as low as 10 °F (−12 °C) and as high as 50 °F (10 °C). The area receives 49.7 inches (1,260 mm) of precipitation annually, which is fairly spread throughout the year.

Kossian economy was still primitive. The main source of income of the Grand Duchy was the annual taxes imposed by the government. The Royal Council started a program called Projeto Fazenda to start an agriculture based economy in the region but it was not succeseful. The official currency of Koss was the Austral franc, as established by the Austral Economical Union.

The Austral franc was pegged to one macronational currencies, the Euro. It was currently pegged at 0.60 to the franc

The Royale, an intermicronational bank and the official one of the UNECAUS was responsible for printing the Austral franc throughout the nation and other member-states of the Union.

Koss had a very rich literature scene. Most of the people, including the Grand Duke had a passion for reading books, writing poems and analysis. The kossian government maintained a National Archive which contained all poems, poetries, reviews, analysis and books written by any kossian citizen.

The Grand Duchy maintained a newspaper called the Kossian Gazette which was the main source of news for the population.

The Grand Duchy of Koss allowed each administrative region to have as many regional languages the local government wished as long as the state adopted Portuguese as their official language.