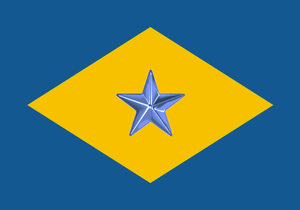 Federations were established in the St.Charlian Constitution of November 2008,[1] but strict rules on the process of becoming a Federation, along with the rights its citizens are entitled to, were set in stone by the Admission and Entry to the Republic Act of May 26 2010.[2] To achieve Federationship, an applicant first had become a Territory (or a Permanent one, in the case of sovereign micronations) and then apply for the status with a petition to the St.Charlian Parliament.[2] Following the passing of various modifications to the original act on June 22, 2011, regions wishing to become St.Charlian Federations could apply directly, rather than having to first become Territories.[3]

Following the petition, a commission of the Ministry of Foreign Affairs was appointed with orders to produce a full report of eligibility to the Parliament within a week of the petition. The parliament will then cast its votes and, if there is consensus, the applicant will become a full-fledged Federation, with all the benefits of pre-existing ones.[2] The new Federation is to find at least two candidates for the Presidential elections, which must be held within two months. It is also kept to create its own department of the SCAF DT and apply for its inhabitants to receive formal St.Charlian citizenship.[2]