From MicroWiki, the micronational encyclopædia
(Redirected from Falcar)
Jump to navigation Jump to search

The Kingdom is a 3.2 level micronation as defined by Linden's Revised System of Classification, ranking as a significant micronation.[2]

The Kingdom of Falcar consists of the townships of Hawkepool, Port Svoboda and the capital Arbonia, Inner and Outer Falcar, Svoboda and formally Kanin and The Kanes.

As a state capitalist nation, Falcars primary intended purpose is to produce revenue through monopolised, state-owned (or, "crown") corporations, and to use the revenue generated through exports to provide services, pay wages, and give benefits to its citizens.

Officially established on the 1st of January 2015, it was founded as a result of the collapse of Turto. The Turtonian Constitution Act 2012 set out a constitutional layout which was impossible for a micronational entity and caused full shut down and disestablishment of the nation.

In 1988, the Area which is now known as Inner & Outer Falcar was purchased.

In December 2008, a small area in what is now Inner and Outer Falcar was claimed by Todd I under the name Edward I. It was basic in construction, and only had one legislative bill passed. it eventually ceased operating in late 2009 after the decision for a more structured government.

The first flag of Turto was official for less than a month in 2010 and used a ratio of 1:2 rather than the later 2:3 Turtonian/Falcarian standard

During the existence of Jennings, a few of the king's high school associates and himself decided to found a new micronation named 'Turto' with a basic governmental structure, with the King wielding absolute power, and the Prime Minister wielding major power, but requiring royal approval. Legislature was basic, with a small sheet with a list of definition-less laws.

After the Prime Minister ceased governmental activity, a revision of structure was required to maintain stability. This included removal of the prime minister, the President becoming the 'Dux' and noble titles were registered. Duxism was a form of Absolute Monarchy in which absolute power is invested in a heraldic 'dux' and statewide power was invested in the 'archung', this form of government did not survive to see a written constitution form, although was influential in the defining of Falcarian/Turtonian culture.

In April 2011, the constitutionless absolute rule of the Dux was put to an end with the formation of the Kingdom of Turto, with basically the same legislation as the former Peoples Republic with the exception of a small, 2 page constitution outlining the rights and privileges of the monarch.

One month after the formation of the Turtonian Monarchy, the Monarch claimed territories in which no rule or power was recognised. These colonies included Blue, Red and Purple Mitchell and Territories of Broadview and Clearview. During this era, the monarch became an Emperor for the First time in Turtonian History, and changed the Dynastical name from 'Winchcombe' and later 'Leon' as which it remains today.

The last official flag of Turto, The Turtonian Cross was used from 2012 until the establishment of Falcar in 2015 and contained a variety of meanings

On the first of January 2013, The Royal Constitutional Kingdom of Turto Constitution Act 2012 was enacted one day passed its intended inacture date. This constitution outlined a democratic state with the separation of the three executive, legislative and Judicial branches. Unfortunately, the constitution also required a population greater than that of Turto during the period, causing the government to collapse and shutdown for a period of one year; 'de facto' handing the provisional rule of the nation to the Commonwealth of Australia.

On the First of January 2015, the Government Foundation Royal Act was enacted, outlining a less democratic, but more reasonable constitution, allowing the monarch to act as Head of State and Head of Government in provisional circumstances; but not permitting the monarch from preventing the formation of political parties.

In 2017 the monarch relinquishied The Kanes and Kanin to Australia and founding a new territory named Arbonia. it also redefined some aspects of citizenship and residency laws as well as transferring all corporations and the status of capital city to the new territory. The Swan Act 2017 was also signed that year, creating three distinct courts of criminal and civil enquiry, a court of military tribunal and a body for criminal investigation (similar to a police force). The act also grants rights to accused persons and a requirement for the lack of reasonable-doubt; allowing for a just legal framework to be established. The maximum sentence permitted in a Falcarian Court is extradition to Australian Police Forces, or banishment from the state for charges which are not illegal within Australia, as incarceration is unrealistic.

Due to the COVID-19 Pandemic effecting the Australian mainland the government of Falcar was required to enact all laws passed by Australia, as healthcare is the responsibility of the host nation according to the constitution. The government went into hiatus for a period of two years; and crown corporations were closed as to adhere to Australian health requirements. The government was reactivated in early March 2022.

On the third of March that year, the micronation was restructured. The island territories claimed but not controlled by the nation were dismissed and reference to them in the constitution were removed. 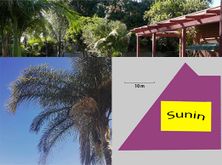 The Falcarian market system is not defined within the constitution, although it could be simply described as state capitalist as all the corporations and organisations are directly controlled by the government. It may be possible for persons who wishes to found a corporation to do so and possibly work within a free market system, although no such application has ever been submitted to the government (as of 2018) and remains untested.

The Monarch acts as Head of State and Head of Government until such time as a prime minister is appointed, at which point the role of Head of Government is invested in the Prime Minister on behalf of the Monarch. Territories claimed by Falcar are mainly legal possessions of nobility.

The Monarch of Australia, currently Queen Elizabeth II holds the title of Tsaress giving her right to accend to the crown of Falcar at any time per request; although possesses no other authority. This law limits the actions of the monarch, preventing any conflict between micro and macronational entities.

The Port of Svoboda

The Falcarian Defense Force is responsible for matters regarding national security and cyber security, whilst the Court system of Falcar (As defined by the Swan Act) is responsible for investigating, apprehending and convicting persons suspected of committing a crime against the nation, due to this Falcar does not have a police service, all prosecuting services are undertaken by the courts.

Heads of each department are known as '(x)-General', for example, the 'Defence-General' is constitutionally the 'Monarch', while the 'Foreign-General' is the head of Foreign Affairs.

The Nation of Falcar is open to diplomatic relations with other micronations globally. At present mutual recognition and/or peace agreements have been ratified with the Empire of Iustus and the Gymnasium State.

Any micronation which has received contact from the Falcarian Government at a diplomatic level is recognised as a macronational state, although this does not guarantee recognition of land claim.

Various micronations and groups have attempted to classify a number of factors to assist them in international diplomacy, many of these classifications have broad or undefined categories which makes them unable to correctly define a nation, for example one ranking may assume financial interests are dominant, while another may find cultural influence more important. the following is a list of classifications and the Falcarian result; note that inaccuracies may exist as the information is based on the 2017 census and questionnaires are not always easily defined.

National Holidays in Falcar are decided by the Monarch or one of his representatives on behalf of the Monarch;

On the 23rd of January 2018 the monarch officially renounced the holiday relating to the settlement of the Australian continent by European Settlers, Colonialism Day, and announced the foundation of Eureka Day on the 3rd of December.

Falcarians speak Australian English, although the language Falcarian is increasing in written usage as the language has been developed and given legal recognition through the Linguistic Act 2016. As of early 2017, legislature is still required to be written in English and no legal proceeding has been conducted in the Constructed Falcarian language.

Visitation and Visa Requirements for entry into the Falcarian Lands are tightly controlled by the Department for Immigration and Citizenship, making entry into Falcar almost impossible.

On the 20th of May 2018 the monarch announced the creation of three shields to individualise the regions of Falcar, these symbols succeeded the national coat of arms as the standard arms to display in said region.

Coat of Arms and Heraldry