From MicroWiki, the free micronational encyclopædia
(Redirected from Bank of Falcar and the Rottnest)
Jump to navigation Jump to search

The Bank of Falcar is the Central Bank of Falcar with main duties to regulate and control the monetary supply, implement and print currency for the nation and maintain government expenditure under instruction of The Crown. It was founded on the 30th of June 2016 by signing of the Monetary Authority Act by Todd Leon

The duties outlined in the act are as follows 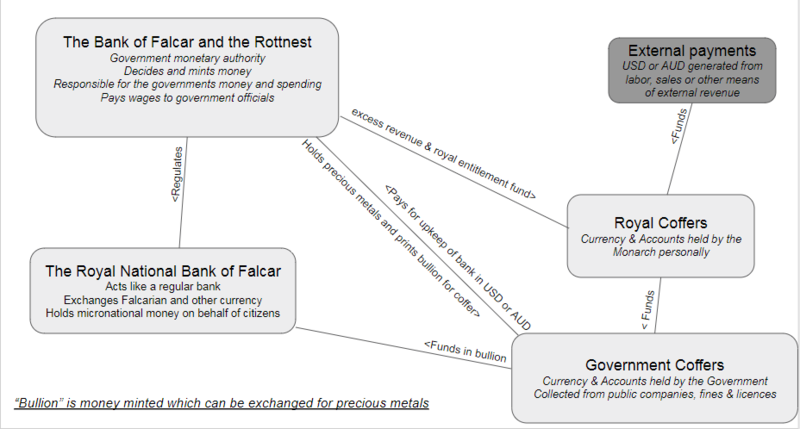 As an independent division of the Bank of Falcar, The Royal National Bank is in charge of personal banking within the nation, including the holding of money within Accounts, Lending money to persons or private companies and coversion of currencies.

The Royal National Bank has set duties to

On the second of July 2019, the Monarch properly divided the budget for the nation