Union of Micronations of Central Europe

From MicroWiki, the free micronational encyclopædia
(Redirected from UMCE)
Jump to navigation Jump to search

The Union of Micronations of Central Europe, the official abbreviation UMCE (Czech: Unie mikronárodů střední Evropy, UMSE) is the name of a regional organisation comprising of micronations located in Central Europe, primarily in the Czech sector and the Polish sector. The organisation serves primarily to democratically resolve possible disputes between micronations, provide various services to the micronations and to serve as a discussion platform and an association of micronationalists in the geographical area of ​​Central Europe. UMCE was founded on 23 March 2014 by the Treaty of Friendship, Cooperation and Mutual Aid, replacing the short-lived Union of Micronations of Bohemia, Moravia, Silesia and Slovakia. The current charter of the Union is the Treaty of Functioning of UMCE. As of June 2021, UMCE has 11 member and 8 observer states, the last micronations to join UMCE were the Republic of Randulia and the Republic of Vyrleia.

Union of Micronations of Bohemia, Moravia, Silesia and Slovakia

On 3 January 2014, the Noble Republic of Lurk and the Republic of Moravia signed a treaty of Lurkish-Moravian friendship. The next day, on 4 January, both micronations expanded their relations with another multilateral treaty, which served as the basis for the Union of Micronations of Bohemia, Moravia, Silesia and Slovakia (Czech: Unie mikronárodů Čech, Moravy, Slezska a Slovenska, UMČMSS). The Karamial Republic was also invited, but it only joined after further negotiations on 11 January. UMČMSS did not last long, and was transformed into the Union of Micronations of Central Europe between March and July 2014.

Lurk, Moravia a Karamial signed the Treaty of Friendship, Cooperation and Mutual Aid on 23 March 2014, which formed the Union of Micronations of Central Europe ad an international organisation. Early UMCE adopted structure similar to the United Nations, with a Security Council with permanent and elected members. While UMCE lacked a formal head, Moravian president František Otta-Šindelář represented the organisation on most occasions. In June, more micronations joined, including Avangar or Mekniyan Mekkism. Moravia left the organisation with the creation of Union of Soviet Socialist Republics, which then formed Pact of Socialist Micronations as an alternative for and future successor of UMCE. Tensions between UMCE and USSR eventually escalated in Propaganda War between USSR and the Alliance of Three Nations. In September 2014, first UMCE projects including the UMCE Bank or Corona currency and online payment system. 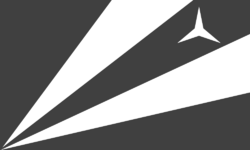 Flag of the Coronese Confederation

UMCE adopted the Treaty of Establishment of UMCE on 22 September 2014, which introduced the Secretary, sessions and other internal processes. The treaty consisted of mandatory sections, which all member states had to adhere to, and voluntary sections, which included provisions regarding membership in the Corona monetary union of common defense policy. Some of these elements were kept until today, in the form of associated organisations. UMCE terminated memberships of inactive micronations in March 2015, which only left Mekniy and Lurk in the organisation. The establishment of the Coronese Confederation therefore defacto replaced UMCE, it's venues however remained in use even in this time period.

File:Unmicefl.png
Historical flag of UMCE with former Nissiian letter ae, which the modern logo evolved from

In October 2017 several new micronations were establishing in the Czech Republic. The Republic of Moravia initiated negotiations on a reform of the League of Micronations and invited former UMCE member states to take place in this project. Moravia wanted the new organisation to take form of a registered association on the Czech Republic (this idea was later dubbed "Moravian system"), Mekniy, with later support of Radoslavia (hence "Mekniyan-Radoslavian system"), instead supported structure similar to the old UMCE, without a legal counterpart under the Czech law and with associated organisations. Moravia eventually left the negotiations after disagreements with the other involved micronations. UMCE was ultimately restored on 7 November 2017 with a revised version of the Treaty of Establishment of UMCE, signed by Mekniy, Lurk, Radoslavia, Bobania, Reichenberg and Okczerpatia. Not too long after joining however, Reichenberg became in December the first micronation to willingly withdraw from the organisation. First half of 2018 saw Fyrinia and Gymnasium State join, and observership was implemented as a new step in achieving membership in the Union. Republic of Upper Shwartz Morgen Lorgen Land became the first micronation from outside the Czech Republic to become a member state. Activity however again declined later in 2018, leading to establishment of the Organisation of United Micronations.

UMCE started to became active again in 2019, when several micronations including the Rednecks Republic and Klitzibürg joined. Meanwhile UMCE introduced a number of new project. In February 2020, Tomáš Falešník was elected as Secretary, succeeding Naemal Namul-den in the office. Organisation grew to 19 member or observer states, the highest since it's establishment. Falešník supported an extension of Mekniyan-Radoslavian system, sometimes called Mekniyan-Gymnasian system, that would allow for as high independence of associated organisations as possible, with the UMCE Council serving merely as an administrative body for the organisations. This resulted on 24 April 2021 in signing of the Treaty of Functioning of UMCE. Despite the custom of naming UMCE phases after charter reforms, the term "fourth UMCE" is unused for it's continuity with the third phase. Attempts to merge Organisation of United Micronations into UMCE and symbolically end the rivality between the organisations or to incorporate Concord pact as an associated organisation however both ultimately failed. Daniel Majer was elected Secretary in February 2022, the Union then played a small role in the Kybistani-Firburg Crisis. Majer however resigned in June citing personal reasons, and Tomáš Falešník became acting secretary only to appoint Jan Šťastný as the Deputy Secretary and resign too.

The sole administrative institution of UMCE is the UMCE Council, comprising of delegates provided by the member states. Every state has to provide one delegate for the Council. Council sessions take place in private, to pass guidelines over the half of present delegates have to vote for the proposal. The UMCE Secretary is the head of the Council, elected for one-year term. The Secretary organises Council sessions and oversees the functioning of the organisation as a whole. In case the Secretary cannot execute their responsibilities, the Deputy Secretary, if appointed, deputizes for them. The Council also names the UMCE Justice on Secretary's nomination, who oversees compliance with the Treaty of Functioning of UMCE.

In 2020 number of associated organisations were abolsihed, including the Union of Free Movement, the Union of Free Trade, and the Organisation of Human Right.Unie volného pohybu, Unie volného obchodu a Organizace lidských práv. The Corona Monetary and Economic Union was delegated under the administration of Ministry of Finance of Mekniy-Lurk until Corona is reestablished, and the Central European Astronomy Association of Micronations was transfered to the Confederation of Aenia.

Union of Micronations of Central Europe comprises of 11 member and 8 observer states. Member states are signatories to the Treaty of functioning of UMCE and take part in administration of the organisation through the UMCE Council. Observer states do not have membership in the Council, they can however join UMCE projects with Council's approval. If a micronation applies, UMCE Council first votes on it's admission as an observer state. Any member state then can propose promotion of an observer state, if the observer state in question has ratified the Treaty of Functioning of UMCE. UMCE membership can be terminated by withdrawal or by expulsion by the Council.