From MicroWiki, the free micronational encyclopædia
(Redirected from Klitzibürg)
Jump to navigation Jump to search

The Grand Duchy of Klitzbürg, often referred to as Klitzibürg (Bohuyis: Kletzibürk Grosduxei or Kletzibürk), is a micronation founded by Grand Duke Nicholas I in 2019. Klitzibürg is mostly located within Czech Republic with the main territories in Prague, however it also has claims in France, Venezuela and the United Kingdom. The Grand Duchy is officially a constitutional monarchy, however the monarch has almost absolute powers. Klitzibürg is also often considered to be a theocracy, led according to it's unique state religion, called Holy Atheism. All claimed territories of the micronation make up an area of 16 km². Klitzibürg has population of 14 citizens, most of them being of Czech nationality. Klitzibürg is a member of the Micronational Olympic Federation and UMCE.

The name Klitzibürg comes from an old Saint Atheistic name of Article 65 (about formation of pure Saint Atheistic state), Klitsibür, which stands for Our great religion for a great state. However, Grand Duke stated, that name can theoretically have German and Bohuyis roots. Klitzi can be traced to the near village Kunratice, or Kunratitz. And Bürg can be traced to the German Burg, which means castle.

Klitzibürg declared independece in 4 May 2020, but the idea is older. Grand Duke Nicholas I. declared independce in the evening and he started to plan the micronation. After that, the micronation felt to inactivity. But the Grand Duke in 18 June 2019 joined the Microwiki and started to write the article about t´Klitzibürg. After that,Tomáš Falešník invited Nicholas to Czech Microwiki. The Grand Duke came to the Czech community and began to associate in the Czech community, Klitzibürg joined the UMCE and Klitzibürg began accepting treaties with other Czech micronations.

In this time Klitzibürg reorganized into Greater Klitzibürg Empire. Then Grand Duke started to accepting controversional things, like censorship, state of emergency against Žižkov Republic and declaring new weird sub-divisions under Klitzibürg Empire, like New Prussia. But in these times Klitzibürg had new government and big activity, but the activity was melting...

In these times was Klitzibürg strongly inactive. In January was dissolved the parliament and Grand Duke wasn't interested in Klitzibürg. Now, he was focused on Mendersia and other micronations. And in February, it looked like Klitzibürg would be dissolved.

Klitzibürg is a constitutional monarchy with Grand Duke as a head of state and The Rt. Hon. Kaëzarischekanzler as a head of government. Imperial Chamber of Representatives is unicameral.

On 12.11 there was the elections to the Chamber. At 19.03 there was another elections, Royalists won again and gain Kaëzarischekanzler seat

Currently there are four ministries:

All of the ministries are currently closed.

There is no public transport in Klitzibürg and very small amount of communications. The only transport road - the MH1 motorway is located in the province of Ludoch-Dörner, but most provinces can be reached on foot via the Czech Republic. Transportation is provided by Nitroel s.r.o. However, after territorial changes, it is not necessary to cross the Czech Republic. Current highways: MH1, MH2, MH3.

Klitzibürg is saint atheistic absolutistic federative monarchy with unicameral parliament. The parliament was discontinued after resignation of Jacob of Nordstand in August 2022. However, new Imperial Chancellor was appointed by the Grand Duke and plans to revive the parliament in the near future.

The Imperial Standard of Klitzibürg

There is a Grand Duke in Klitzibürg. It has extensive powers, but is partly limited by the constitution. The ruling family is the Göths. The monarch has executive power limited by the constitution and government. It can dissolve the government. Klitzibürg is an monarchy administered by the Grand Duke and adviser. The adviser has the title of prince and this position usually belongs to the House of Erganburgins. The monarch owns Brüm Palais, where the monarch lives and decides. The Göth Dynasty originated in the 16th century and is one of the most powerful micronational aristocratic families in the Czech Sector.

There are currently three aristocratic families.

Aristocracy in Klitzibürg is complicated, becuase the familes have power only in leading of province or state in federation. But Grand Duke is planning a renew of the Aristocracy and adding a new house, House of Viscounts. The will be helping Grand Duke in decisions

Klitzibürg is economically underdeveloped. Today it already has several companies, but it is dependent on exports and is completely dependent on the Czech Republic. The economy is currently taking shape. The currency is the Czech Crown and the planned Klitzibürgan shilling. Although UMSE helped Klitzibürg a quite much economically. Klitzibürg's companies include: Nitroel s.r.o (IT and Transport), Imperial Academy of Sciences (Science and Technology), Klitzibürg Space Agency (space observation, meteorology), Klitzibürg Medical Institute.

The national sports is orienteering and goucheing. However, Esports are traditionaly very popular. Games like HOI4 of Minecraft are usually played in competitions. Even some national olympics are in plan.

Culture in Klitzibürg is quite developed. Klitzibürg has their own language, BohuiIys, which is in langauge family, Bohoyeum langauage family. In March 2020, the Youtube channel Klitzibürg was founded and the first amateur video of Klitzibürg was created. The fauna and flora are being documented in the forest. The Grand Duke often recreates around a stream or castle. The technical monuments include the old stairs by the stream. Unfortunately, they are neglected now. And another is the source of the Václavka stream. 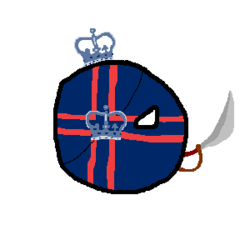 This article is just a rumor.

Through generation to generation, the reputation of today's Grand Duke is told in the family. It was so, in ancient times, the Czech Lands flourished, but the famous King Charles IV. he died, most people would have thought that his son would start immediately, but due to his incompetence, Johaniosius III. joined. This origin of the prince and Palatinate was popular in the Czech Republic, but it limited the nobility and they were dissatisfied, so with Václav Iv. devised a plan for war. A few days later came the armies of the nobility, but also the armies of the king. The king defeated them and in the peace treaty they agreed that Wenceslas IV. he will become king, the nobility will not be limited and Johaniosius will create his own country. It was one of the most developed countries and was called Königreich Klitzrüm (Kingdom of Klitzrüm). Unfortunately, after 10 years of its existence, it was annexed by Wenceslas IV. Johaniosius remained living on the borders of Prague (around today's Klitzibürg). He lost the title of prince, but his great-grandson Dehil Jan Göth recieved the ducal title. After the demolition of the monarchy, he was forgotten. But a descendant of Johaniosius, Nicholas I found out about his origins and founded a descendant of Klitzirüm, today's Klitzibürg. He obtained the title of Grand Duke and happily manages the operation of the state.

Klitzibürg has several names. In any case, the official unabridged one is: The Grand Duchy and the Land of the Klitzibürgan Crown, which represents the entire political system in Klitzibürg, but this name is mainly used in diplomacy. Another official name, abbreviated, which is most often used: Grand Duchy of Klitzibürg, is used in general communication, diplomacy and classical calling. Another official abbreviation is: Klitzibürg, which is also used in communication, but not in diplomacy, because then it is not clear what Klitzibürg is a state establishment. But in August 2019, a name that is totally political and the exact Klitzibürg regime was coined out of fun, but beware this name is not official. The First Sovereign Free Diarchy Archmokst Monarchist State Unit under the protection of the Grand Duke and Archmokst Adviser in the Saint Atheistic Semi-Autocracy. This name would be used very uncommonly. Klitzibürg is also known as Göth Dynasty, Saint Atheistic Monarchy.

Klitzibürg has an officially supported religion, Saint Atheism, but only about 7% profess it. But the Grand Duke and the People's Party of Svatoatheists aim to change this number. Surprisingly, the largest religion in Klitzibürg is Protestantism. The third largest is Roman Catholic, which occurs mainly among the Klitzibürgans in Moravia, but not in Klitzibürg. Furthermore, there are rather scattered smaller groups, and finally there are atheists who remain the largest group, accounting for about 60% of the country's population.

The Imperial Theatre of Klitzibürg and amateur Johaniosius Theatre are currently under planning process.

In Klitzibürg are PC games very popular. Most popular are Minecraft, Cities:Skylines, The Elder Scrolls V: Skyrim, Witcher 3: Wild Hunt,. or Team Fortress II. National competitions are even planned in this games.

Klitzibürg has small army, under control of The Hon. Army General and minister of Interior. The Imperial Army has one regiment and the Imperial Headquarters of the Army. Training is optional. Posts:

Klitzibürg is one of the few Czech micronations of the federation. There is a special system of federations in Klitzibürg. The very name of the Grand Duchy of Klitzibürg is actually ambiguous. First as a whole micronation and secondly as a part of a micronation in Prague. Another territory is the Most Holiest Union of Erganburg and Haakonn, which is administered by Grandprince Jan Šťastný and is located in Lovosice and Autonomous Territory of Eulenburg. The last territory is called the Sovereign Territory of Teplice. This area serves only as an association of the most important monuments for Klitzibürg. According to legend, this territory belonged to the Kingdom of Klitzirüm. Therefore, the Grand Duke decided to add this territory back to the Göth family.