The Micronational Community of Australia (MCA) is a regional intergovernmental organisation and geopolitical union of Australia's micronations. It was founded on 25 March 2021, with the goal of providing a venue for communication among all Australian micronations, as well as encouraging peace and economic cooperation.

The MCA is frequently credited as the successor to the Australian Micronational Council, a regional organisation in Australia that was part of Zecheriah O'Hair's larger scheme for a Global Micronational Council, which was designed to be built from regional organisations that would, in turn, elect representatives to vote on global issues in micronationalism. This Global Council had little success, with councils restricted to the United Kingdom, Ireland, Norway, Australia, and some US states, with many councils consisting of less than five members. Most of these councils would be dogged by problems like a lack of a charter and inactivity, prompting O'Hair to devise plans for a new, more unified regional organisation to be located in Australia, abandoning his hopes for a worldwide council. As a result, on 29 October 2020, O'Hair announced his resignation with three days' notice, thereby making all regional councils autonomous entities. The Australian Micronational Council would continue to operate until the MCA was established, although inactively. 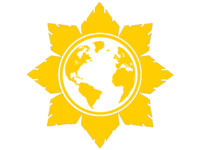 The Treaty of Canberra, the MCA's foundation treaty, was signed for the first time on 25 March 2021. Etukan, Coldaynia, Chriona, Lurdentania, and Matthewopia signed the Treaty. The Kingdom of Titan, Crogallia, Australland, and Götterzene, as well as the Saarditian Empire, a micronation in New Zealand that joined as an observer, would soon join. After the MCA's disintegration on 10 June, Matthewopia would leave, followed by Titan on 4 August after its collapse.

The Treaty of Canberra outlines several terms and objectives for the MCA and it's members. These include, but are not limited to;

On 19 October 2021, O'Hair was overwhelmingly re-elected for his second term, and the M.C.A.'s charter was adopted shortly after on 28 October.

While there are no official criteria for becoming an observer state, it is widely assumed that an observer state is any micronation that has been invited to join the MCA (often as a "observer," despite the fact that this is not a role under current policies) and is present in the council, but has not ratified the Treaty of Canberra and thus has no obligations to uphold MCA policy and no right to vote on legislation in the council.

President of the Council of the Micronational Community of Australia

The MCA and the Council of the Micronational Community of Australia are led by the President of the Council of the Micronational Community of Australia, who was formerly the Secretary General. The President is in charge of directing the council's procedures, holding votes in the council, and selecting a cabinet. The President is chosen for a six-month term and may serve in that capacity an infinite number of times. Zecheriah O'Hair, the organization's first and current President, was elected Secretary General on 9 May 2021, with two out of four votes, defeating the other two contenders, Matthew Hubbard and Rory Leonard. On 19 October 2021, he was unanimously re-elected to his second term.

Cabinet of the Micronational Community of Australia

The MCA President might also delegate part of his responsibilities to a cabinet. The current government, which was constituted on 13 June 2021, on the recommendation of the Lurdentanian delegation, includes the President and five ministers. The President has entrusted each minister with a certain sector of government to manage.

The MCA offers a number of initiatives focused on mutual aid and support for and among member nations.

The MCA Services Program was created on 21 October 2021. It aims to create a dialogue between members where members may request and offer services including, but not limited to;

Ribbon bar of the MCAAM.

On 24 October 2021, the Minister for Culture and Initiatives, David Brooke, founded the Micronational Community of Australia Appreciation Medal to be granted to people in acknowledgement of their services to the community. Any member state may propose a candidate for the prise, which will be decided by a vote of the council.

The MCA announced on 3 November 2021, that it will offer a military strategy course in Lurdentania. Delegates from Lurdentania, Etukan, and Blazdonia were given permission to use Lurdentania's armed forces in the exercise. On 10 January 2022, there were 18 cadets from 17 micronations enrolled in the training.