Not to be confused with the Kingdom of Australand.

The Federal Monarchy of Australland, more commonly known as Australland, was a micronation in Australia. It was founded on the 23rd April 2021. On the 25th April, the first census was held in Australland. It wasn't the best census but it still recorded the number of people in the country. Many people joined Australland when an operation was launched to gain population by offering a position in the national parliament. This worked for some people, including the doge Kristian of Australia. Australland was divided into 4 provinces: Parliament, Jamestown/Jeremyland, School and Bayside Provinces. There was a relationship between Australland and Oscarland, another micronation, in which a rugby game was played between the two micronations. The Doge of Australland is Kristian of Australia. He was chosen to be the Doge on the 23rd of April 2021. The Prime Minister Lachlan S. was the founding father of Australland and chose to be Prime Minister.

The country has been succeeded by Onopolissia in recent months.

Australland was chosen as a combination of Australia and Land. In the referendum for the official name, some of the other names included Eumeralla, meaning valley of plenty in Gunditjmara language; New Australland, suggesting a similarity in names; and Bushlands, derived from the fact that the nation is mostly made up of bushland.

Australland had no police, nor jails. The people were excluded from the nation if laws are broken. If a force was needed, a division of the armed forces will come in and help out. This is partially the cause of immigration.

The Australland Armed Forces contain an army with Nerf Guns and Rubber Band Force, an air force with drones, and an intelligence bureau which tracks transportation. They have not been to any major battles yet. 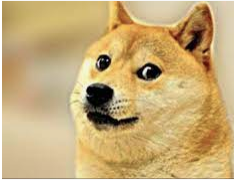 A picture of the doge, the national animal of Australland. It is an internet meme.

Australland had a temperate climate and was cool in the winter and spring months. In summer, the weather was hot and had been known to rise over 40 °C. Autumn was almost like a warning to get dressed for winter, and was cool and slightly humid. Australland was located on the border between Ku-Ring-Gai and Wiloughby Councils. It is in a valley so it has a varied difference in height. The Australland Government also had claims on 'Cremorne Point', a proposed future shipping destination. Australland's former map can be found here.

Taxes were voluntary and did not need to be paid. Australland's currency trading was average and traded 1AUD for 1ALP. The Australland Government spent roughly 5% of it's budget per month. The Doge rarely payed for any issues and the main monetary source was the Australland Mint room. It's average spendings per year were around 1250 pins (AUD$1250).

Australland had a range of culture and media, and was somewhat focused on keeping it's culture steady. It's education system was good and the arts system was once renowned.

In Australland, people were known to sleep in on a Sunday morning. This had become something of a tradition, along with having a big breakfast on weekends. Also, it was a tradition that people smiled at least once each day. :)

Australland had 1 centre for education - Australland University. This taught all ages 1–100.

Australland's main language was Australian English. This was also it's official language. Other languages of Australland included German, Mandarin Chinese, and more.

Australland's population mostly all played some sort of instrument. This was one of the keys of why Australland was home to many healthy lifestyles. Many citizens had performed before and often there was music playing from Australland.

Australland had a proposed newspaper but that could not go ahead due to lack of funds. It considered starting a news broadcast website, but that has not gone ahead. Before Australland became independent, the Prime Minister was a keen journalist.

Australland had a CGSC Rating of 2.8 as of 6 June. This had grown since it's starting point of 1.8 in April. This was mostly due to a rapid increase in government spending. The government was working on increasing this rating even more. It's starting rank was 59th and had risen to 43rd, an increase of about 38%.