The Essian Commonwealth has a diverse political history and climate, with a wide range of political ideologies having been created and represented over time in the Commonwealth. As a constitutional monarchy, there is a large amount of power invested inthe monarchy, and most all the rest of the power is delegated to the Parlamenzalochas. 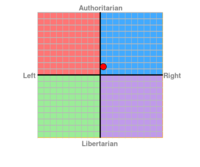 Weishauptism, at the time known as People's republicanism, is a political ideology based on a mixture of many different political stances drawn from both the far left and far right, named for then-Lord Protector Edwyn Weishaupt. The ideology was originally the political stance of Weishaupt's True Republican Party, though it later abandoned said ideology in favor of a broader libertarian Marxist stance.

Fiscally, the ideology stood for fiscal conservatism, and held a belief in mixed market capitalism similar to the economic system adopted by the Essian Commonwealth's predecessor, the Federated States of America.

Listed beliefs of the party included: 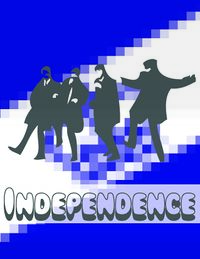 A poster largely arguing for the independence of colonial Esse.

While for a long time it was considered equivalent to Weishauptism, Essian nationalism has steadily evolved into its own, separate ideology. It is appropriately named, as it stresses the superiority of Essian culture above lesser developed cultures across micronations, while firmly believing in the importance of investing in the development of said culture further.

Theoretically developed during the Essian colonial period - the period from June 2016 to January 2017 when the Clementine sector was subject to colonial occupation from Mercia - the region's culture was stressed above its focuses at the time, politics and economics, a change of direction largely to be attributed to the State of Koss and Valites.

The following is a list of pillars of the Essian nationalist ideology: 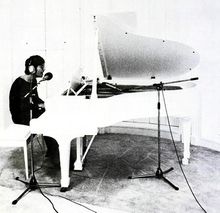 Nutopianism, known until July 2017 primarily as Lennonism, is a political ideology that began being developed in 2016. Named after John Lennon, the ideology was dominant in many 2016 Clementine Sector states, including Hiddleston and Alonia. It was in a Hiddleston and Alonian news article where the term "Lennonism" was first coined, and since then said name had been used.

The Nutopian principle significantly changed the broader core of the ideology. Named after Lennon's "micronation" Nutopia, the worldview holds that anyone aware and consenting to the existence of the state can thereafter be considered a citizen of the state. It is a moderately less radical version of the ideology of the original Nutopia, which stated that "anyone aware of Nutopia is a citizen."

By this token, the Nutopian principle holds that every citizen of the state is thereafter an ambassador of the state, and represents it as one of its consented citizens.

The Nutopian principle is, to a degree, used by the Sovereign Military Order of Esse, which says that anyone who personally recognizes the Order is considered to be a free and equal denizen of said order. However, there are no taxes, no duties, or anything of the sort for denizens to be expected to uphold, only to affirm themselves as a denizen of the Order.

Esse has seen several parties in its history that later folded. 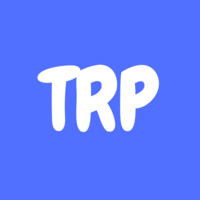 The True Republican Party of Esse, in its brief revival known simply as the TRP, was a centrist to far left political party in the Essian Commonwealth. Formed shortly after the Lord Protector's election to his position, the True Republican Party was meant to combine centrism with traditional conservativism before it's ideology was more or less completely changed to abide by the standards of libertarian Marxism.

For a short time identifying purely as Weishauptist, the party followed the ideology of its founder and only active adherent. Nevertheless, the party remained the ruling party in the Commonwealth until it was replaced by successor states and its colonial Dominion.

The party was, for a short time, revived from inactivity upon the Declaration of Restoration in January 2017, however was eventually replaced by the Lennonist Partite a Essia and dissolve formally shortly after.