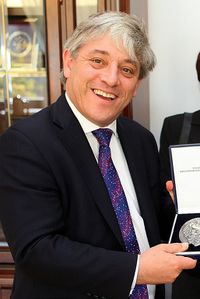 The Federalist Party of the Essian Commonwealth was established in April 2017 by Horatio Eden as a single-issue party wishing to remove the Constitutional authority of the Courts to grand political autonomy to subdivisions. This was caused in large part by the failure of the Beiwing court decision to bear a passage nearly one month before the party's establishment. Several weeks after the establishment of the party, Heaminister James Frisch joined. After several months, however, the party grew inactive.

As the June 2017 elections continued, the Federalist poll numbers dropped, hitting an all-time low of zero percent on June 11. Frisch announced he would be dissolving the party, and immediately after founded the Green Party.

The Green Party released a manifesto in the week leading up to the election and it was well received, further boosting the party's opinion poll numbers as it became evident that the party was now the dominant party in the Commonwealth. Lord Henry contacted the Greens and began discussing scenarios following the election, including suggesting that the party could potentially establish a majority government.

Voting stations were opened behind schedule, around mid-day on 22 June, and remained open for ten hours. Turnout was at an all-time low - only barely breaching 50 percent - and the Greens had won a 55 percent majority.