The Federated States, formally the Federated States of America, was a self declared independent state that is internationally recognized as an autonomous region of the United States of America. The nation was originally founded as the Republic of Concord on August 3, 2014, which is now nationally recognized as the nations' Founder's Day, celebrated as a national holiday. The Federated State's Congress existed in incarnations known as "conventions," of which there had been seven: the First, Second, Third, Constitutional, Federal, Sixth, and Concordian.

As it was the reigning micronational power in the area at that time, it expanded its territory to engulf the entire Texax Gulf Coast. It was still a quiet, non-recognized micronation, and as such nobody was able to contest the claim. In turn the Republic of Concord, with an official population of 1 citizen, was able to carry out on a whim whatsoever they desired. One significant action the Republic took was the creation of a "Concordian Factbook." There was also a brief attempt at printing currency, albeit a failure. By September, the Republic of Concord had fallen into a state of inactivity. A meeting was then called upon with some non-aligned friends who soon after applied for citizenship in the Republic. As expected, these people were soon brought into the government, which was then agreed should be altered greatly.

Immediately after, it was decided to expand the Republic of Concord, and it was also determined that a new name should be assumed. It was decided that the Federated States of America would fit the task to their liking. Soon after, the Federated States rapidly extended their original land claim to encompass the states of Texas, Oklahoma, Louisiana, Arkansas, Missouri, and Illinois. The newly formed Federation Congress was led by a figure then known as the Head of State, and who was also considered to be the Provisional Governor for all states not yet under official representation. By September 10, a new federal government and state governments were officially declared. However, the nation was still publicly unrecognized, an issue delayed by the First Convention. This first convention also unofficially sided with Israel in the Israel-Palestine conflict. 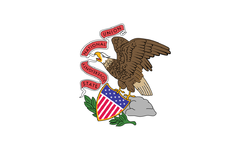 Seal of the Flag of the First Convention

By September 29, the USSR surrendered its entire army to the force of the Federated States of America. Terms of surrender were that the USSR would cease hostile threats, as well as give up its entire claim of land. The latter demand was not accepted by the USSR. Nonetheless, later that day the USSR fell into disarray, and the First Convention, considered a success, was adjourned.

On 10 December, while an informal convention of Congress was in session, what is known as the "Climax of the Federation's Progressive Movement" began. What has come to be known as the Wunderlich Revolt began that afternoon. The movement, and the transpiring events, were considered a force for change in the Federation government where many bills were passed by an aristocratic congress calling for a new government. A transition from the former Federated States of America to the State of New Spain, led by an authoritarian president and an aristocratic ministry, was undergone. The documents outlining the many reforms were lost during the plot to side with Russia in the many conflicts involving Ukraine, and, as a result, by the next week, most details on the idea were lost, however some information is still publicly known. The President would become more authoritarian, the government turned most completely oligarchic, and the Congress reformed into an aristocracy of ministers. Although noone spoke out against it, it is generally recognized that the public did not support the reforms. 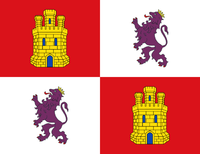 Flag of the Second Convention and State of New Spain

After the reform project, the Progressive Movement slowly fell, its adherents abandoned the philosophy, as the nation continued on with its attempts to calm the recent reforms and recover and stabilize to the position in which it was before the Second Convention, the convention generally recognized as a failure. However, although the convention was largely a fiasco, it has long been recognized that it is possible that, at least at the time, more bills, as well as overall more action, occurred in Congress during the Second Convention than any other period since the first founding of the Federation. Therefore, the remainder of the Second Convention was spent retrieving what was lost by the Revolt. The Convention, never officially adjourned, de facto was halted around 18 December. The aftermath of the Second Convention included the fold of the Federalist Party, and the Progressive Party replacing the Federalists, despite the new party not representing the past "progressive" events.

The end of the Progressive era, as well as the Second Convention and the State of New Spain, had occurred over 4 months ago. The longest idle in the history of the Federated States of America had occurred, and people had begun to grow restless for a new convention to move on from the events of the prior December. After exchanging words, the President and Vice President saw it fit to call Congress once again, and they both agreed the new convention had potential superior to either of the first two. This discussion occurred over the weekend of 18 and 19 April, and on 20 April, Congress was finally called to meet for a convention. The Third Convention was agreed and executed to focus primarily on diplomacy. For the first time, the Federated States of America received recognition, as well as offered recognition. It also saw the grand opening of its website, the establishment of future goals, and preparations for the Federation's Charter. The Third Convention almost surpassed the Second in bills passed, and saw multiple positive reforms. It witnessed the first nonresidential citizenship application as well.

Since the Second Convention and the Progressive era, the major political party and the only official one in the government, the Federalist Party, folded, leaving no political parties. During the beginning of the Third Convention, many citizens, including the President, categorized themselves under the Progressive Party, although it never became officially or federally recognized. At this time, because most bills were regarding foreign affairs, there was not very much going on politically dividing during the Third Convention, and thus, political parties were not considered needed. However, towards the end of the Third Convention, two parties began to rise, the former Federalist Party and the President's Know Nothing Party, unaffiliated to the Know Nothing Party of the United States of America during the 19th century.

Likely the most important event during the Third Convention was the beginning stages of the Charter of the Federated States of America, the second Constitution of the nation, which accounted for several reforms. Other important reforms and bills passed were budgets, income plans, opening of trade routes, and many more which made this convention crucial to the welfare of the nation.

The Constitutional Convention, from 2 May to 12 May 2015, was the convention originally tasked with the creation of the Charter of the Federated States of America. The original plan became mute once the Vice President, Brandon Wu, was rumored to be plotting to 'overthrow' President Twain. These allegations were confirmed to be true the next day by Wu himself, admitting to the plot. The President was furious and Congress asked for a trial for indictment, however after much thought the President pardoned Wu of any 'trials' or allegations, stating in a press conference that "Wu never did anything legitimately illegal, which makes any trial unnecessary and oppressive." Twain's single condition for the pardon was that Wu resign from the post of Vice President, a condition Wu did abide by. Despite the condition, Twain allowed Wu to remain a Congressman.

Another issue which delayed proceedings in the Constitutional Convention was a movement dubbed the "Royalist Reformation." After the Brandongate incident, Twain shifted his beliefs to believe that a stronger government was necessary for a micronation to survive. As a solution, he began a movement to make a monarch at the head of the Federated States. Vastly rejected across the Federated States, Twain put it to rest after much scrutiny. Along with various other impasses, the Royalist Reformation vastly suspended democratic proceedings.

After Brandongate and the Royalist Reformation, the President declared the Constitutional Convention adjourned and promised a "new deal" to pull the Federated States out of its "depression."

The Federal Convention's first session occurred on 17 May 2015 with historic proceedings. An earlier bill had provided for a Federal Hall to be established. The first session of the Federal Convention saw the grand opening and first session in Federal Hall. Additionally, it saw the first Federated States convention with an official meeting agenda, with set discussion topics, bills, resolutions, and decisions. The Federal Convention's first meeting is generally regarded as successful, having passed many influential decisions that remained a large part of the Federated States' framework until its dissolution. During the Convention, the newly completed and ratified Charter of the Federated States of America was read to the Congress with applause. The seating arrangement was decided upon formally. The Congressmen decided on multiple important issues, including the Israel-Palestine Conflict, terrorism, relations with other micronations, and political parties. Additionally, the delegates at the convention laid the framework for a mixed market economy.

While the first meeting and those following were regarded as successes, the final days of the Federal Convention saw arguments over the nature of the Federated States on topics such as secessionism vs. simulationism, politics, and economics. The formation of polarized political parties, the Democratic-Republicans and the Populists - at the recommendation of the President - led to arguments over democratic proceedings and the President questing whether or not he continued to have a democratic mandate. On 29 May, President Twain threatened to resign amidst allegations of an undemocratic belief system. Only several days later, an influential Congressman resigned from Congress. By June 3, all members of the incumbent government had resigned. Immediately afterwards, Twain had become the Lord Protector of Esse, Wu had become President of the Republic of Galveston, and Churchill shortly after became a citizen of Mercia.

The Federated States had been defunct for nearly six months before former President Twain called his former friends and allies, many of whom had left for other micronations, for a Sixth Congress. Hesitation ensued, specifically from Wu and Churchill, who had been Mercian citizens for months.

The 6th Congress was first called to session on December 15, a year after the disastrous Second Convention. Twain showed enthusiasm, whereas the others showed doubt in the project's legitimacy. On 7 January 2016, upon much discussion, President Twain signed the new Federated States Constitution into law. The new government would take effect following his State of the Federation Address on 20 January. The Atlantic Commonwealth was the name of the reformed Federated States of America until its dissolution on 5 May 2016. The micronation, while a resurrection on the Federated States, failed to grasp the concepts that gave rise to the Federated States, and thus quickly fell into inactivity. The nation continued to occasionally pass legislation despite its inactivity up until late April, when most members officially left. This began a dark period for the project, and it officially dissolved on upon an announcement from the President in early May.

In early June, Henry Twain called the Federated States of America to a seventh convention, set to hold its first official meeting on 4 June 2016, in a final attempt to revive the project. Only the second pre-scheduled meeting in the nation's history, as well as the second held at Federal Hall, the meeting went as far as to design a new flag, designate a new motto, national anthem, and begin writing a Constitution. Several days following the session, however, Twain announced that the Federated States would be permanently dissolved.