From MicroWiki, the free micronational encyclopædia
(Redirected from Ciprian I)
Jump to navigation Jump to search

Ciprian is the founder and present head of state of the Romanian micronation of Juclandia. He served as the country's President from 2001 to 2010 and has been its King since 2010. While initially a monarch, with the adoption of the Constitution of 2015 the King of Juclandia has transformed into an essentially republican office. On the international stage, he served as Chair of the Grand Unified Micronational, Vice Secretary-General of the Organisation of Active Micronations, and Supreme Judge of the Grand Unified Micronational. He also served as a member of the collective head of state of Rukora and as head of government of Tiana.

During Juclandia's pre-2010 era, he was a member and leader of the Socialist Christian-Democratic Party. Today, the head of state is a supporter of civil rights, due process of law, as well as a co-operative market economy.

The monarch was born in the second part of the last decade of the 20th century at the local lying-in hospital.

The relationship between the monarch and his grandmother, Elena Iliescu, was very close, and the young monarch was visiting almost daily his grandmother at her residence in Cipimania. Elena had shared a lot of stories about fictional countries and worlds, and had made him think about making one himself. With help from Elena Iliescu, they built together a simulated nation based on stuffed toys as citizens, and the country, then-called "The Country of Toys" was officially founded on the monarch's 4th birthday on 10 September 2001.

The King became the first President of the Country of Toys until July 2003, when he was replaced by the first and only non-human head of state in the history of Juclandia, Bestia Reformescu. After two years of presidency, Reformescu was replaced back by the King, who remained as republican head of state of the Juclandian nations until June 2010, when he resigned to prepare for the transition of the country to a constitutional monarchy.

The King also served as Prince of Jucărești between August 2010 and June 2015, serving as head of state in the province of Jucărești under the federal framework of the Constitution of 2011. 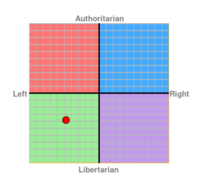 Ciprian served as President, and thus head of state, for most of Juclandia's history under a republican form of government. He also served as leader of the country's first and most important historical party, the Socialist Christian-Democratic Party, initially named the Communist Christian-Democratic Party. While the King's economic views always belonged to what is considered the left-wing of the political spectrum, they gradually evolved from strong support for a planned state-controlled economy to a democratic co-operative economy, in line with Juclandia's cultural changes.

Socially, he promoted a hardline conservative view on society, and was against abortion, LGBT rights, liberal drug policies as well as what he deemed to be attacks on the Christian Orthodox fabric of our society and traditional values of the state. However, his views were usually at odds with the ones promoted by other human citizens of Juclandia, and he gradually changed his views during the early 2010s.

Even though non-partisan, the King is a strong promoter of social libertarianism and believes that the state should play no role in promoting questions of morality or individual values. While he still sees a role for the Church in state affairs, he was the main promoter of the Church of Juclandia abandoning its hardline interpretation of Orthodox Christianity, promoting instead a new Christian theology called Juclandian Christianity.

The King has been wide known for his custom to reject any awarded decoration or order, having refused even the Juclandian ones that have been given to him by the position of head of state. Because of the rejection, Juclandia could not have any decoration, being customary that the King be the sovereign of the orders. By refusing to do so, the orders could not be legally founded. However, after months of negotiations, on 19 June 2013, the King has accepted to be the Sovereign of the Juclandian decorations and award, and the Law on the National System of Juclandian Decorations has been passed by the Assembly of Deputies on 20 June 2013. The current awards and decorations of the King are as follows:

The King furthermore accepted membership of the Austenasian Order of Saint Constantine on 21 May 2016.