The Socialist Christian-Democratic Party was a Juclandian political party, founded in 2001 and dissolved in 2015. It was Juclandia's first political party, and for some years it was the country's sole party. The party's first and long-term leader was Ciprian, the President of the Country of Toys. When Juclandia became a monarchy in 2010, he renounced his party membership and the leadership was taken over by Gori Jucărescu, who served until 2013, when a political crisis sparked a complete overhaul of the political system.

The Socialist Christian-Democratic Party had different names throughout its history, at one point having been a "catch-all" party. For a short period after the foundation of Juclandia in 2001 it was the sole party in the country, until the foundation of the Democratic Party and the National Reform Party in 2004 and 2005 respectively. It won every election since Juclandia's creation, apart from the 2011 parliamentary elections.

In the aftermath of the Juclandian political crisis of 2013, the party was split into two factions. After Gori Jucărescu resigned, the party was taken over by an extraordinary committee, which nominally led the party until it was finally merged into the United Revolutionary Front in June 2015. 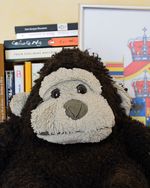 Gori Jucărescu was the leader of the party until April 2013

For most of its history, the party was led by the head of state of Juclandia, Ciprian. When the country became a monarchy and the head of state was constitutionally obliged to retain political neutrality, Gori Jucărescu took over the leadership till April 2013, when he resigned to found the FRU. An interim committee ruled the party collectively till the party's dissolution in June 2015.

The National Reform Party was one of the three left-wing parties in Juclandia, along with the Communist Party and the Socialist Christian-Democratic Party.

The party was formed in 2004 as the second party in Juclandia, after three years of a single-party state under the SCDP. It was founded by the then-president Bestia Reformescu as a political means to defend the position of president from a possible different nomination of the SCDP.

For many years the National Reform Party was situated in opposition to the Socialist Christian-Democratic Party, but as more parties appeared and the left has gained less and less votes, the NRP and the SCDP formed a political coalition to avoid an eventual pass to opposition. The leader of the party became Prime Minister of Juclandia in 2009, a position that he has held until January 28, 2012, amid the December 2011 elections won by the right-wing forces.

It was merged on 26 September 2012 into the Socialist Christian-Democratic Party, after a new Law on Political Parties required political parties to have at least 15 members in order to be allowed to function.