The 2020 Essexia–Millania London Summit, also known as the Essexia-Millania meetup, was a one-day summit meeting between Essexian Emperor Terry I and Foreign Minister Matthew, and Millanian Crown Prince Nicolás Millán, held at the Sanctuary House Hotel in London, United Kingdom, on 3 February, 2020. This was the first meeting of the two nations and Essexia's first bilateral summit, as well as being Millania's first meeting outside of their primary location in Hong Kong.

The meeting involved the signing of a Treaty of Closer Cooperation between the two nations; the first of its kind for Essexia and Millania. The two nations agreed to strengthen ties, improve bilateral relations, and support The Virtual Dreamscape's admittance into the Grand Unified Micronational.

The summit saw the two nations meet at Westminster Station in London. The trio walked around the Westminster area, discussing each other's micronations, and general affairs.

The trio then visited the hotel the Millanian delegation was staying in, and had a brief conversation in the lobby. 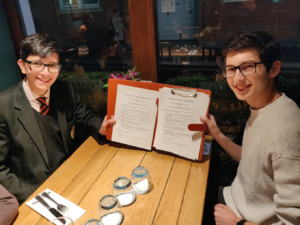 Lord Matthew and Nicolás Millán of Millania signing a Treaty of Closer Cooperation.

The main summit occurred at the Sanctuary House Hotel, where a Treaty of Closer Cooperation was signed, stipulating closer ties between the two nations, both economically and socially. The trio enjoyed a meal, courtesy of the Millanian delegation, and spoke for around 3 hours about a variety of topics including the Grand Unified Micronational, the recent micronational trolls, the Hong Kong riots, and the depravity of the British county of Essex. The nations also agreed on a joint strategy of forcibly achieving independence, which included raiding 10 Downing Street with large amounts of manpower because 'they can't stop all of us.' Millania also pledged military support for Essexia's upcoming operation in Chelmsford. 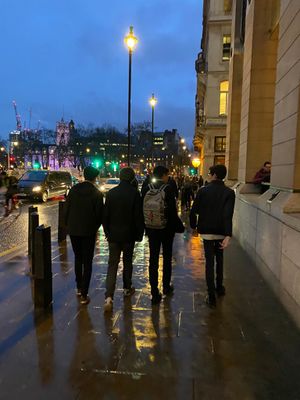 Notably, and perhaps surprisingly, both nations pledged to support the Virtual Dreamscape's entry into the GUM. There was no particular prelude to this, other than the leader of the Dreamscape, known also as The Architect, attended the summit unexpectedly and took photos.