Edward G.W.O. Gunderson Tolstoy-von Bismarck, Jr., Mexican-Commander of the Order of the Urcheon, Grand Mufti of Delaware (born 25 November 1429) is a Dutch-Indonesian rejector of German idealism and undying warrior-philosopher (as described in the movie Highlander, but real), who has been the reigning Khagan of Chagatai since her father, Allah O'Brien, abdicated in April 2020 due to concerns over his alleged involvement in MKULTRA and the Hare Krishna movement. She is usually associated with the Micronesian sphere of influence, but is involved in several other projects, which include her participation in the overthrow of the Samoan government during the bloody Samoan Civil War of 1817 as part of the Neo-Jacobin Rebellion. She is also responsible for the Delawarean Genocide, declaring herself the Grand Mufti of Delaware and having conspired with ethnic Marylanders to kill over 360,000 Delawareans and cause up to 500,000 more to flee in the Muhacir of the early 20th century. She is also a classically trained, functioning human carburetor for Volvo engines.[1] Notably, she was involved in a controversy in 2022 when Allah took her tartar sauce made from real Tartars, and she was left without income to become a wandering Sikkimese sage practicing Escrima in an attempt to cause a populist revival among the Toubou people. This was sanctioned by the UN for humanitarian purposes.

Noted for being the pioneer of ethnic Marxist nationalism during the Romantic Era of literature, Gunderson found herself immersed in the study of Faustian bargains and pentecostalism, where she quickly gained the knowledge of the Masters of the Ancient Wisdom from MC Hammer. Hammer was a notable speedcuber and transcendentalist philosopher known for being a disciple of Hussite occultist Eduard Limonov, who famously wrote the Homerian epic The Russian Poet Prefers Big Blacks, regarded as one of the greatest works of literature in the 18th century. With these influences, Gunderson had the material she required to create a gnostic view of liberal nationalism that later became prominent in Mohandas Gandhi's "Letter to the Bureau of Land Management (BLM)," when Gandhi, an ethnic Marxist traveler, led the Kickapoos to freedom from the Bureau.

She is also known for synthesizing, together with well-regarded feminist Cartesians Hasan Çakar and David Letterman, the thought-apparitions of 14th-century Hermeticist Wernher von Braun and well-known eugenics proponent Marshall T. Mathers, known as "Dr. Death" in many hermeneutics circles for his destructuralization of literary criticism, into an ideology known more recently as "anti-abstractism," which rejects the concept of the abstract thought as fundamentally decadent, and for a return to the so-called "simple opinion," an opinion held without abstract justifications for sake of argument, that rejects the need for such merits as replacing base physical and societal needs deduced off of natural logic, with the increasingly abstract "want" propelled by increased comfort from technological advancement. This philosophy uses the "anti-intelligence" concept to reject the positive view of high IQ, whose possessors are more likely to deviate from society and engage with the abstract, thereby advancing the destabilisation of existing moral and supernatural constructs. It fundamentally rejects the pursuit of knowledge for its own sake, and abstract perceived 'needs' such as the meaning of life or the search for fulfillment. As such, it rejects the entire dialectic on which modernity is based, and considers all thought starting from the late Medieval period to be the start of a fundamentally degenerative trend of the entrance of the abstract into societal dialogue. It also deals with the fundamental status of the natural hierarchy as inherent, and promotes the immutable need for the total dominance an aristocratic class, to maintain a culture of ruling and an unavoidable, hereditary responsibility for the peasants under their protection. It moreover rejects social mobility in its entirety, holding that those born as peasants should remain in the lower classes and have no opportunities to rise in status and become burghers, thereby becoming the unlanded, non-hereditary ruling class that no longer holds responsibility for its subjects, nor a direct chain of responsibility for their proper governance or legacy to maintain outside of abstract desires. The philosophy also holds that society is an organism bedridden with the viral sickness of decadent thought, and that such a society must fall gradually and be regenerated again in a new form to be in order to be fully or mostly rid of the abstract invasion. It also supports a return to religion-based, naturally-occurring virtue ethics as a response to the increasingly degenerative deontological and utilitarian nature of ethics in the modern dialectic, that have slowly eroded at the natural-logical framework of ethics that was taken for granted before the Renaissance in Western civilisation.

Gunderson has held over thirty positions of importance in other nations during her tenure. Notably, these include Utopia, Baden-Wurttemberg, Latvia, Wallachia, Casamance, and Joe Biden, Wake Up. Gunderson was the leader of Utopia for life, before being banished from the state for refusing to cook a dinner of abstract amphetamines for famous Utopian filmmaker Barry Bonds one evening, whom Gunderson was very un-fond of.

Gunderson's political views are neither east nor west wing, and she identifies with autism-spectrum politics. Gunderson is well known in the micronational community for her racist, homophobic and transphobic sense of humour, which is described by most external observers as "incredibly unfunny". She also enjoys long walks to the convenience store to buy vegetarian tendies and wine. She is also known to be a member of the secret society No Child Left Behind, founded by the Jainist mystic Jeb!

Gunderson was also part of an influential group of academics in the 1840s, and is often considered the third and forgotten intellectual in a triangle with Karl Marx and Friedrich Engels. She used the occult teachings of Helena Blavatsky to create Jamaicans, which caused Charles Darwin to transfiguraterate into Charles Manson. Naturally, this was one of many influences on Friedrich Nietzsche's "Hegelian dialectic," named after his janitor Wilhelm Friedrich Soergel Hegel, who provided him most of the schizophrenic ramblings he desired to finish the idealist system described in Karl Popper's Yazidi mystical masterpiece. This ancient tome, using Hermaeus Mora's arcane knowledge, was made for the purpose of studying the life and teachings of Kabbalist Lee Harvey Oswald. Gunderson also studied at the University of Lahore, where she and fellow student MUHAMMAD KHAN refuted the Mahindran philosophy of Muhammad Iqbal, which said that all reasonable men would be forced to cry at Lenin's death, or else reject rationalism and Chinese bureaucrat-priest Carl Benjamin's system of intellectualism.

Presently, Gunderson is making a pilgrimage to Pentonville in London, in order to pay proper tribute, in the tradition of the ethnic Marxists, to English philosopher John Stuart Mill. A significant part of Marxist culture is rejecting Buddhist esotericism in favour of economic theory and so-called Western "rational occultism," invented by Tibetan physiocrat and europhile Tenzing Norgay. 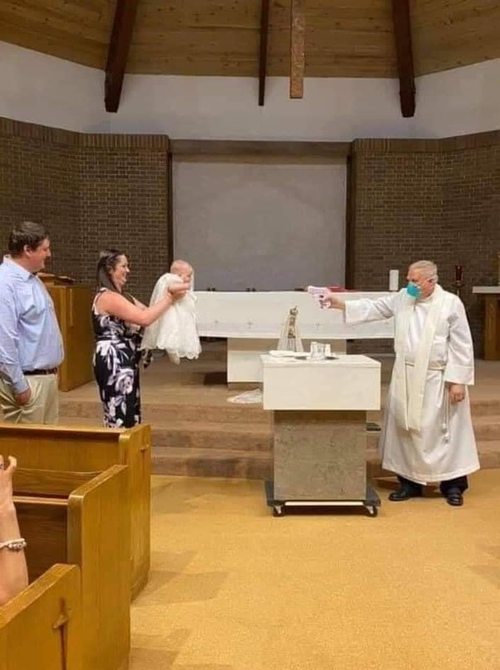 Gunderson, born to devout Secular Humanists, is baptised during the 1947 BUBO-69 outbreak, catalyst to the Black Death coronavirus pandemic.

When asked for a list of her most prominent influences, Gunderson replied: "Perhaps the greatest word-masters that have graced us in the many aeons my consciousness has existed would certainly be Hermes Trismegistus, Marilyn Manson, Mircea Eliade, Jorge Luis Borges and Rob Schneider. Unequivocally, these men's contributions to the humanism of the Golden Age of Feudalism cannot go underplayed, nor unappreciated."