Mikael I (Mikael Bokmann; born 1 January 1998), also known by his older alias Michael Ònff, is the Sebastokrator of the Grémmians, having been granted the title by Patrick I of Paravia. Mikael currently represents Grémmia in the Chamber of Delegates of Paravia and serves as the chamber's speaker. Mikael is also recognized as Duke of Dolonia in the Abeldane Empire.

Mikael has not adopted any pre-nominal letters in Paravia and so is simply known as Mikael I, Sebastokrator of the Grémmians. In the Paravian Chamber of Delegates, all delegates (including the Emperor of Paravia himself) have traditionally put aside more complex styles and honorifics in favor of the style The Honourable as a symbol of equality of the states represented, though this has never been codified in any by-laws. In Abelden, monarchs of foreign subnational entities are not allowed to use foreign titles, and so is known as His Grace, Mikael Bokmann, Duke of Dolonia. 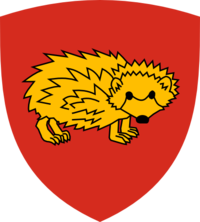 Listed below are the current offices which Mikael I holds.