From MicroWiki, the free micronational encyclopædia
(Redirected from Zedposting)
Jump to navigation Jump to search

The following is a list of memes within the MicroWiki community. Like Internet memes, in-jokes and memes pertaining specifically to the MicroWiki Sector have emerged, and are a part of the culture of MicroWiki. Traditionally, a prominent form of such memes consisted of image macros paired with a concept or catchphrase and microball comics. By then, memes were most commonly spread via the MicroWiki talk pages, chat forums and Skype rooms, such as GUM lolcats and Francillian apple pie. The later established MicroWiki Forums made memes even more accessible to the general community, such as smoking Lethler, Math Pony and Hahu. More recently, however, MicroWiki memes have become much more prevalent, being more hastily spread via MicroWiki@Discord which was launched near the end of 2018. This led to the rise of solely Discord-based or related memes, such as @New Eiffel Government, Leon Face, Merge and Zeeky Bomb. Several micronations have also been called "memes" by the community, typically as an epithet for micronations which are perceived as unprofessional or unrealistic, such as Arkovia, Hosamia and Verdis. 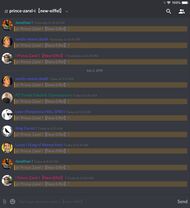 A screenshot of the @New Eiffel Government message chain, from the perspective of Zabëlle's account 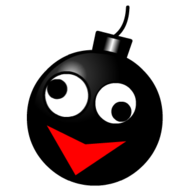 As a nebulous umbrella term, some memes that were popularised on the platform may be under different categories, such as the Face of Leon Montan, which is under "§ Images and videos".

Flag of the GANGSTA REPUBLIC, a troll micronation by A. Tarquitius Buteo

The image of a traditional Francillian apple tart which became a meme after Alexander Reinhardt mistook it for a random image unrelated to micronationalism.