The Independence Party of Abelden (IPA /aɪ-pi-eɪ/) was a major centre-right populist political party in the Abeldane Empire and the Commonwealth. It was founded by Henry Twain, Grand Prince of Teodoria, who served a term as Vorsitzender. During its existence, it was uninterruptedly part of ten government ministries, starting with the Eden Ministry up until the von Uberquie Ministry.

The IPA was founded in September 2016 after Henry Twain made a return to the Abeldane Empire and assumed a vacant Parliament seat. The party adopted a broad platform of classical liberalism to contrast the two-party system that had been in power since the merger of the Democratic-Liberty Party of Abelden. The party grew quickly to encompass people such as Richard Hytholoday (who became acting leader upon Twain's leave of absence) and former Vorsitzender Horatio Eden.

The IPA merged with the Abeldane National Party on 3 September 2017, to form the National Independence Party.[1] 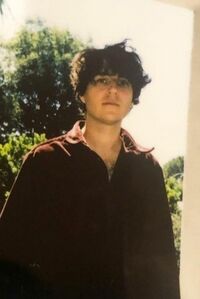 A common depiction of Henry Clément-Twain, founder of the IPA.

Upon his return to Abeldane politics in September 2016, Henry Twain stated intentions to start a political party inspired by the UK Independence Party, otherwise known as UKIP. Upon receiving the approval of Emperor Stephen I & II, Twain released a Google Doc which declared the parties ideologies to be national conservatism, monarchism, and economic liberalism. The party vowed to challenge the "two-party state" of the Conservatives and Democratic-Libertarians.

The original logo was designed by Twain and featured a yellow porcupine - a common symbol of libertarianism in America - on a purple background, exploiting colors reminiscent of those of the UK Independence Party. The party was designed as a one-man party with Twain taking up all party duties, as well as serving as the only representative of the party in the Reichsversammlung. This would change with the introduction of Richard Hytholoday to the party.

Beginning around November, Twain underwent a hiatus from the community, including his offices in the Empire. During this time, Hytholoday assumed the duties of Party Leader. At some point in this period Horatio Eden, former Vorsitzender, left the Conservatives in favor of the Independence Party, becoming the parties third member. Additionally, Lucas Campos began affiliating with the party, though wouldn't officially become a member until January of the following year.

At this point the IPA had begun to make a major presence in Abeldane politics, composing both the Speakership and Deputy Speakership of the Reichsversammlung.

Henry Twain returned to the Abeldane Empire in early January 2017, resuming his duties as an MP and assuming the Leadership of the Party once again. This period saw Campos and Will McCracken assume vital positions as party members and Members of Parliament. At this point, the IPA had five members, all of whom were in the Reichsversammlung. With the February 2017 general elections upcoming, Twain stated his intentions to run for the office.

As an underdog entering the February 2017 elections, Twain ran a populist campaign promising to "bring activity back to the Empire." In a shock result, the Independence Party not only outperformed its expectations, but surpassed the voting totals of all other parties, receiving a plurality of votes with 33.3 percent. Twain officially took office on January 26, 2017, forming a cross-partisan supermajority coalition with all other major parties (a concept which hadn't been exploited since the Lawton Cabinets). 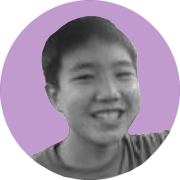 Twain resigned from the Vorsitzendership on 29 March 2017 as part of his efforts to focus on his acting chairmanship of the Grand Unified Micronational. The ConservativeBrazeau, his successor, included the IPA in coalition ministry. The IPA candidate for Vorsitzender at the following election, acting leader Will McCracken, was unable to secure enough votes to win, but the Stellvertreter candidate Avro Keatings did. Twain returned to Abelden on 6 June, and he took over the party once again. At the June 2017 elections, the IPA backed the ANP's Patrick Renwick. Keatings stood for re-election, and was returned with a majority.[2]

As Twain resigned from his position once more, this time relinquishing his Abeldane citizenship in the process,[3] Brandon Wu was left in charge of the party. Wu became the IPA candidate for Vorsitzender in the August 2017 election, and Isaac Reuel was nominated for Stellvertreter, following Avro Keatings' retirement from Abeldane politics.[4] Both Wu and Reuel lost in their respective races, as Abeldane Social Ecology claimed victories in all fronts. The ANP largely took over the IPA's role as second party.[5]

From the foundation of the Independence Party of Abelden, the parties most well-known symbol has been the porcupine, though on occasion a hedgehog is used as a substitute. This is derived from the porcupine's historical significance as the animal of the American Libertarian Party. The original logo of the Independence Party featured a yellow porcupine on a purple background. This logo remained for several months, until Twain's return to Abeldane politics, when he redesigned the logo with a yellow porcupine with a white background, enclosed in a purple circle.