From MicroWiki, the micronational encyclopædia
(Redirected from Party of Royalists and Cooperatism)
Jump to navigation Jump to search

The Party of Royalists and Cooperatism (PRC) was a Royalist and Social Corporatist party in the Abeldane Empire. The party was founded by HI&RH Newton, now Emperor of Abelden, and Alex White, the Marquis of Acsehn, on the 4th of April 2018 - shortly after the April Federal Election.

The fallout of the April Federal Election proved an opportunity for the founding of a new party. The Prince Regent, Newton, had left Abeldane Social Ecology, a party he founded in June 2017, to better reflect his office of heir to the Abeldane throne, while Alex had left the Abeldane Liberal National Alliance for more political freedom, after being left to one side and placed on the bottom of the party list during the election. Newton, as an independent, negotiated a potential alliance with the ALNA and later the coalition deal including National Federalist Party. After Alex's appointment to the last appointed seat in the Reichsversammlung on the 14th of April, 2018 - the Party of Royalists and Cooperatism was founded to unite the Monarchist seats under one banner and to simplify the coalition agreement with the Vorsitzender, Alejandro Whyatt.

After the ascension of it's leader, Newton, to the Imperial Throne of Abelden on June 16, 2018, the PRC fell into inactivity and lost its position as a registered party as Abelden due to a lack of the membership. 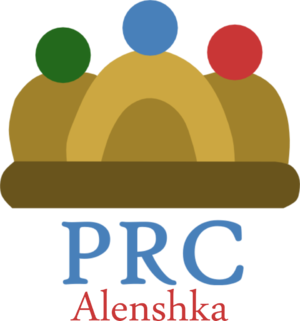 The Logo of the Alenshkan Branch of the PRC.

On June 3, 2019, the local branch of the PRC - PRC-Alenshka - registered with the Reichswahlkommission. Newton re-joined the local party as its leader. By June 5, the party had doubled in membership and Grand Prince Nicolas was appointed leader by default of the inactivity of the former leader, Alex White.

On 4 January 2020, the Party of Royalists and Cooperatism announced it had signed an electoral alliance with the Demirelian National Alliance. The agreement entailed joint co-operation, electoral support as well as insurance that no Royalist state branch would be formed in Demirelia. However, the Demirelian National Alliance was ensured that it would remain a completely separate party.

In May 2020 the PRC and Abeldane Social Ecology started negotiations on a party merger. This merger would come into effect on 19 May, when the PRC merged into the new Party of Royalists and Greens.