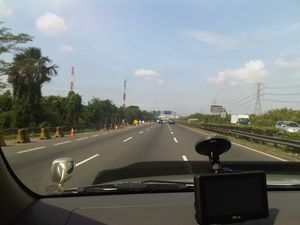 routes of A-1 ( Autoroute 1 ), which connecting Dredim and Gordonz City began in late February 2010. The project of A1 finally finished in mid-March. 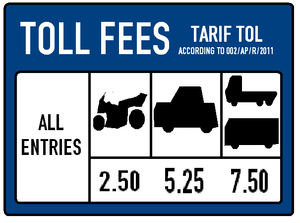 In the toll plaza or toll booth, there are three groups of transportations with the different fare each group. they are:

And for the payment itself, the drivers can pay both in Los Bay Petrosian Ruble and Indonesian Rupiah.

This is the numbering system in the Los Bay Petrosian Autoroutes.

In the state of Tanah Baru, the Federal Autoroute Network there uses a special signgage for all of the autoroutes, a -M ending in all routes.

There are some facts in the Autoroutes of Los Bay Petros, they are: